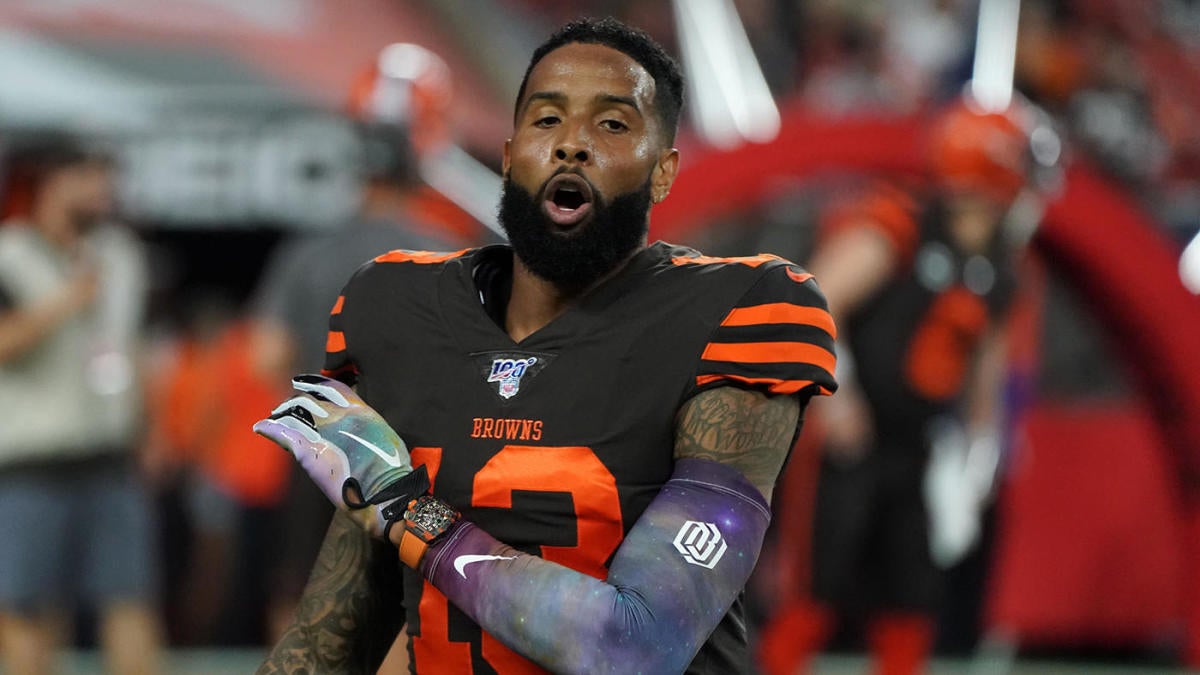 The Cleveland Browns have struggled mightily to start their 2019 season. Those struggles have prompted speculation from a few media members that the team might make star wide receiver Odell Beckham Jr. available in a trade. General Manager John Dorsey informed ESPN’s Adam Schefter that those reports were unsubstantiated.

The Browns are off to a 2-3 start but their issues lie more with the play-calling, pass protection, and quarterback Baker Mayfield than the receiving room. Having said that, Beckham has just 23 receptions for 335 yards and a touchdown. Cleveland has tried everything to get the ball in his hands quick slants, screens, wide receiver passes, punt returns and more. To this point, it has amounted to minimal production.

Wide receiver Jarvis Landry believes the team needs to make more of an attempt to get Beckham the ball.

“From my perspective, we just have to be intentional. We have to deliberately get him the ball, get all of our playmakers the ball. Guys that are going to make plays for us, just get them the ball,” Landry explained.

Spectators have watched Beckham’s reactions intently on the sideline looking for the first sign of frustration. To an extent, it is already present.

“I hate losing, period. Any time we lose and I do not feel like I did anything to help win the game, I am going to be frustrated. That is just the bottom line. I am winner in my heart, and I hate losing,” the 26-year-old said.

Beckham was acquired from the New York Giants as part of a larger trade in March. Dorsey shipped offensive guard Kevin Zeitler, safety Jabrill Peppers, a first-round pick and a third-round pick to New York in exchange for defensive end Olivier Vernon and the wide receiver.

Cleveland hosts the Seattle Seahawks Sunday. The Seahawks rank No. 7 in passing yards allowed per game. It all boils down to execution because the San Francisco 49ers were accused of having a weak secondary as well but their defense dominated the Browns in primetime Monday.

The NFL Trade Deadline is Oct. 29 at 4 p.m. ET. A.J. Green of the Cincinnati Bengals and Emmanuel Sanders of the Denver Broncos are two wide receivers that CBS Sports’ Jason La Canfora suggested might be available in a trade.