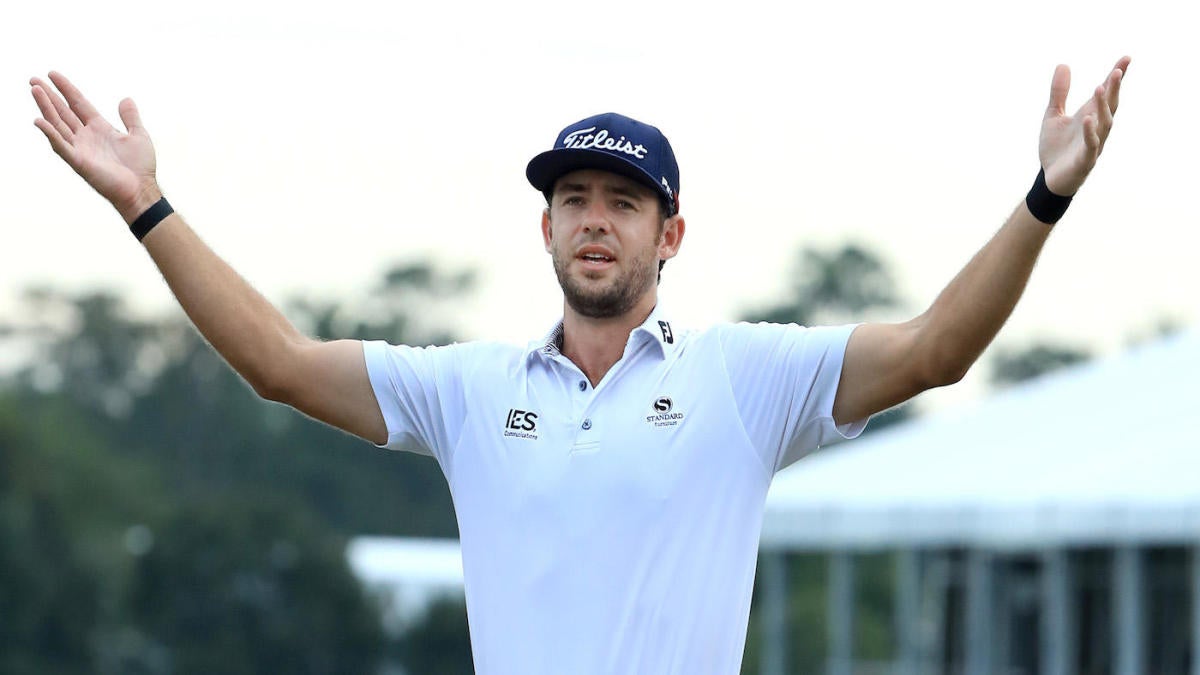 HUMBLE, Texas (AP) — Lanto Griffin took the lead with a 35-foot birdie putt on the 16th hole and won the Houston Open on Sunday with a 6-foot par on the final hole that gave him a 3-under 69 and a one-shot victory that sends him to the Masters.

Griffin was locked into a battle on the back nine at the Golf Club of Houston with Mark Hubbard and Scott Harrington. None of the three had won on the PGA Tour.

Hubbard had the lead until he missed his only fairway of the final round on the par-5 15th, into the high grass of a hazard. He was able to chop out across the fairway into more thick grass, hit his third into a fairway bunker and missed an 8-foot par putt.

Harrington, who took 16 years to reach the PGA Tour and gave up a year to be with his wife, who had cancer, birdied the 15th with a two-putt from 10 feet, hit his tee shot to 3 feet for birdie on the 16th and was tied for the lead until a three-putt from 45 feet up the ridge on the 17th hole. Harrington missed a 15-foot birdie putt on the 18th and shot 67.

Hubbard had one last chance with a bold tee shot on the 18th, one of the toughest driving holes on the PGA Tour with water down the left side and a large bunker to the right. That set him up with a short iron to 25 feet, but his putt to at least force a playoff stayed left.

Hubbard closed with a 69.

Griffin had to play the Korn Ferry Tour last year to earn his card back, and his goal on a second try in the big leagues was consistent high finishes and playing in the final group at least once.

He knocked that out early, taking a one-shot lead into the final round. He also is the only player to finish in the top 20 in every PGA Tour event since the new season began last month.

And now the 31-year-old Griffin can add a trophy to his fresh start. He won on the Korn Ferry Tour last year and in 2017, and in Uruguay on the PGA Tour Latinoamerica in 2015 when he was trying to make his way.

His birdie on the 16th was his first since the eight hole, and while Griffin missed birdie chances on both par 5s on the back nine, he also converted a 6-foot par save on the 14th hole and two-putted up a ridge on the 17th, making a 4-footer for par.

Griffin finished at 14-under 274 and moved to the top of the FedEx Cup as the PGA Tour heads to Asia for three weeks of big purses and limited fields with no cuts.

The victory gets Griffin into the Masters and PGA Championship, along with Kapalua to start next year at the Sentry Tournament of Champions. He also gets a two-year exemption on the PGA Tour.