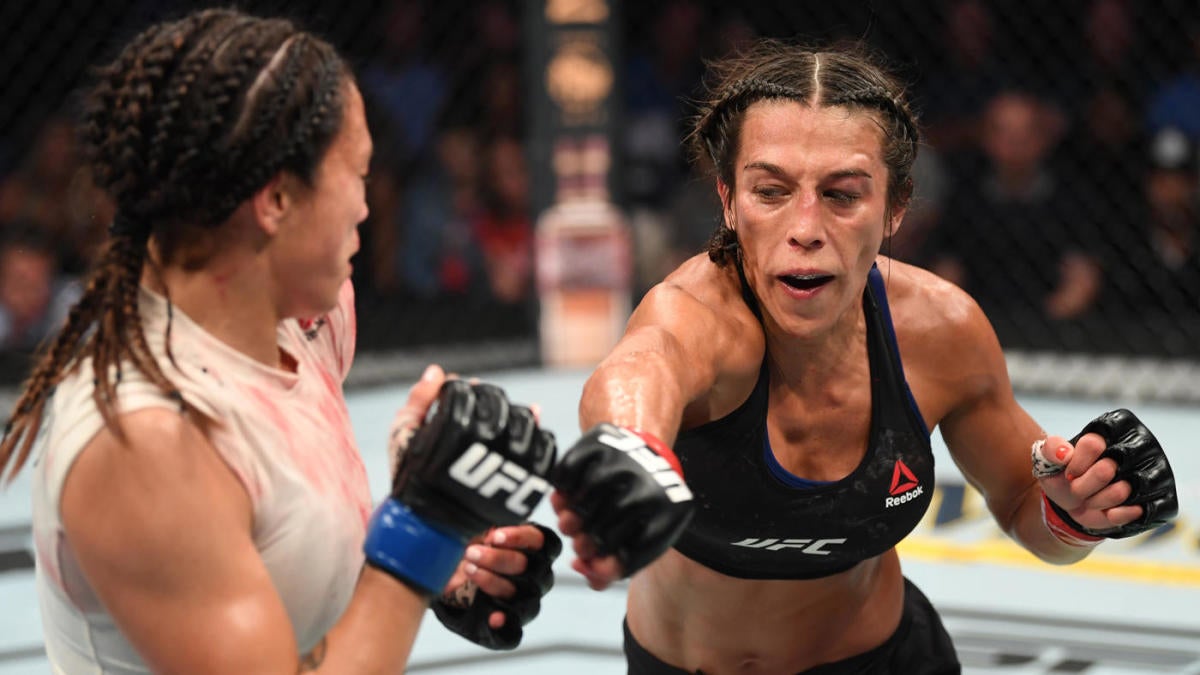 Joanna Jedrzejczyk appears to have worked her way back into a fight for the UFC women’s strawweight championship after a dominant performance over a tough Michelle Waterson. Jedrzejczyk took a victory in the main event of UFC Fight Night 161 at Tampa’s Amalie Arena by unanimous decision after five rounds of hard-fought action.

Size was a major factor throughout the fight as Jedrzejczyk was the much larger woman, allowing her to operate from the outside and blast Waterson with jabs and hard leg kicks.When Waterson did manage to close distance, she often found herself in a tight muay Thai clinch where Jedrzejczyk punished her with knees to the body. There were few moments where Waterson appeared to have a path to victory despite throwing a high volume of strikes.

Waterson had her biggest moment in Round 3, briefly taking Jedrzejczyk’s back and looked close to sinking in a fight-ending rear-naked choke. Jedrzejczyk was able to defend and work back to standing where she closed the round landing another big flurry, securing yet another round on the scorecards. Other than that moment, the fight was dominated by the combination striking and mastery of distance from Jedrzejczyk.

After five rounds of action, the fighters stood for the reading of the official scorecards with Waterson’s white rash guard painted red with blood. Jedrzejczyk was awarded the fight 50-45, 50-45 and 49-46.

Following the victory, Jedrzejczyk had one thing on her mind, a bout with newly crowned strawweight champ Weili Zhang and a bid to regain the championship she held for nearly three years.

“Who is the real queen?” Jedrzejczyk said. “Bow down, bow down. I am the real queen. [UFC president Dana White], I’ll call you in a minute.”

An emotional Waterson fought back tears as she addressed the loss, saying she knew where she made mistakes and would go back to the drawing board.

“My intention wasn’t to come in here tonight and take a lot of damage,” Waterson said. “My intention was to win. That’s the name of the game and you have to keep coming forward. I was honored to share the Octagon with Joanna. It’s a huge mental feat to be able to stay focused all through fight camp.”

CBS Sports will be updating this page with results throughout the main card action on Saturday in Tampa. If you are having trouble viewing the page, please click here.