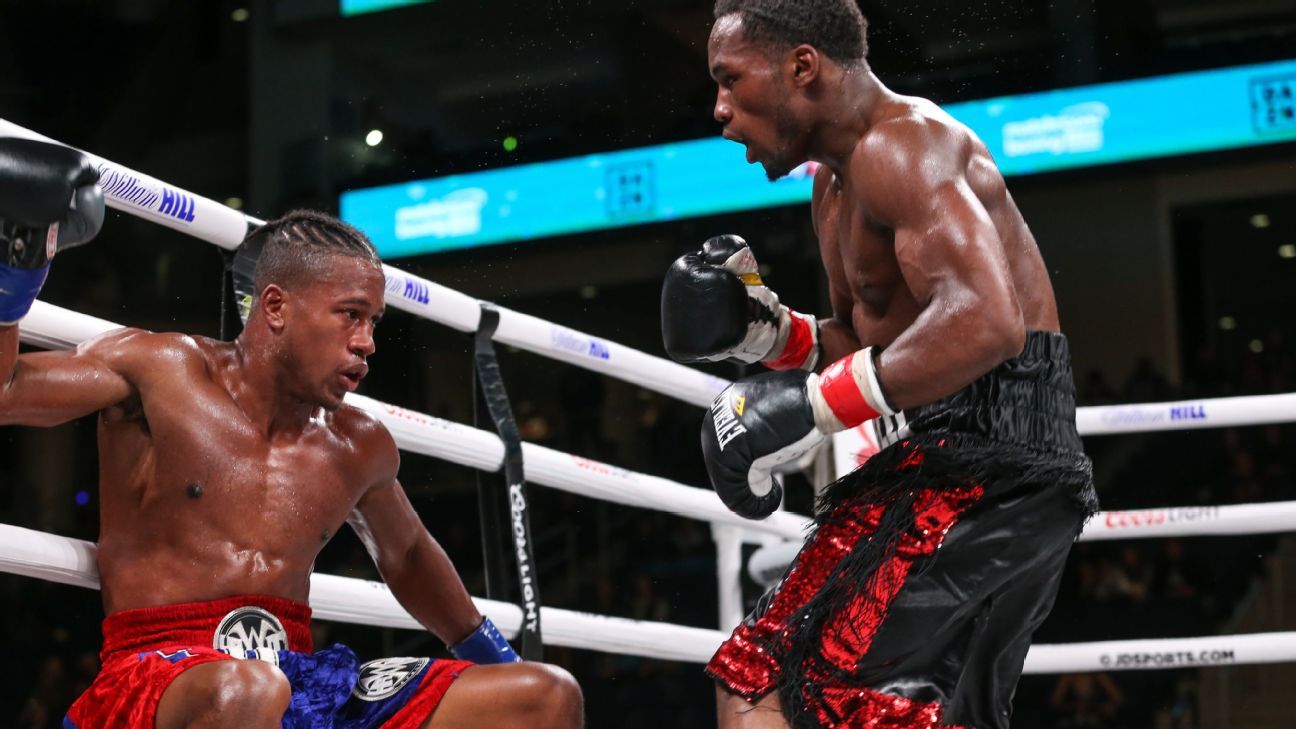 Junior middleweight Patrick Day was taken to a hospital after suffering a brutal 10th-round knockout at the hands of prospect Charles Conwell, a 2016 U.S. Olympian, on Saturday night at Wintrust Arena in Chicago.

Conwell (11-0, 8 KOs), of Cleveland, dominated the fight, dropping Day with right hands in the fourth and eighth rounds before landing two rights and a left hook that knocked him out cold in the 10th round, causing referee Celestino Ruiz to wave off the fight at 1 minute, 46 seconds.

Day was down for several minutes while receiving medical attention and was eventually taken out of the ring on a stretcher and to a hospital. He remained unconscious as he was taken to an ambulance and then suffered a seizure before arriving at the hospital’s emergency room for treatment, according to sources.

DAZN, which broadcast the fight, reported that Day had not regained consciousness approximately an hour later and was on a breathing tube.