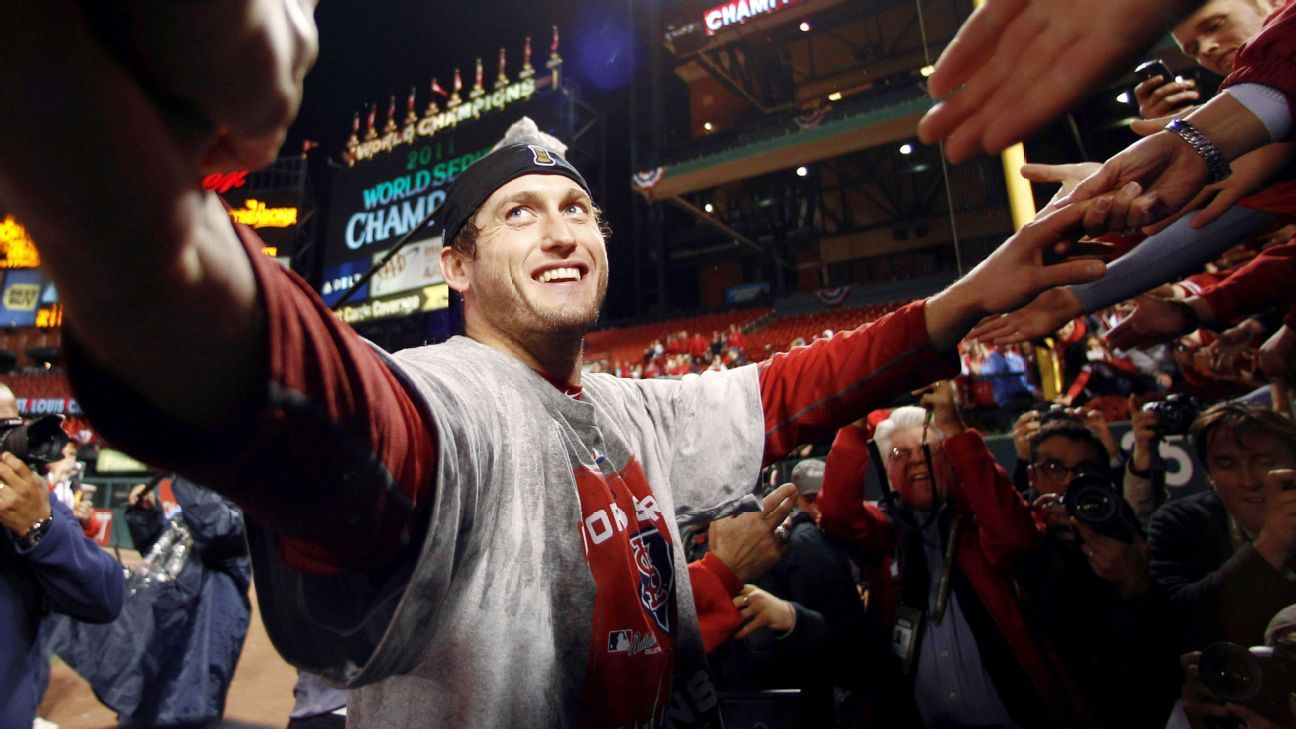 Freese, 36, announced his retirement in a tweet Saturday, saying he will “never stop thinking about the days I got to be around such wonderful people playing the game.”

Freese spent the past two seasons with the Los Angeles Dodgers and also played for the Los Angeles Angels and Pittsburgh Pirates, but he will be best known for his postseason heroics in St. Louis, where he started his major league career in 2009 and played five seasons.

During the 2011 postseason, Freese drove in 21 runs to set an MLB record. Against the Texas Rangers in the World Series, he hit .348 with seven RBIs, three doubles and the Game 6 home run that kept the Cardinals alive in the series.

Freese was also the MVP of the NLCS that year and was an All-Star in 2012.

He made his final appearance Wednesday in a deciding Game 5 of the NLDS for the Dodgers, striking out as a pinch-hitter in a 7-3 loss to the Washington Nationals. Freese had started Game 1 at first base.

In 2018, Freese hit .385 while platooning at first base and homered leading off Game 6 of the NLCS. He started at first base in Game 1 of the World Series and hit another leadoff homer in Game 5, which was the Dodgers’ lone run as they lost the game and the title to Boston.

Freese was drafted by the San Diego Padres, who traded him to the Cardinals before the 2008 season. Born in Texas, he grew up in the St. Louis suburbs and rooted for the Cardinals.

Feeling burned out, Freese quit baseball in his senior year of high school despite being offered a baseball scholarship to Missouri. He attended the university anyway as a freshman. That summer he regained his love for the sport and enrolled in a St. Louis junior college, where he hit .396.

He went on to attend South Alabama and became the top third baseman in Division I.