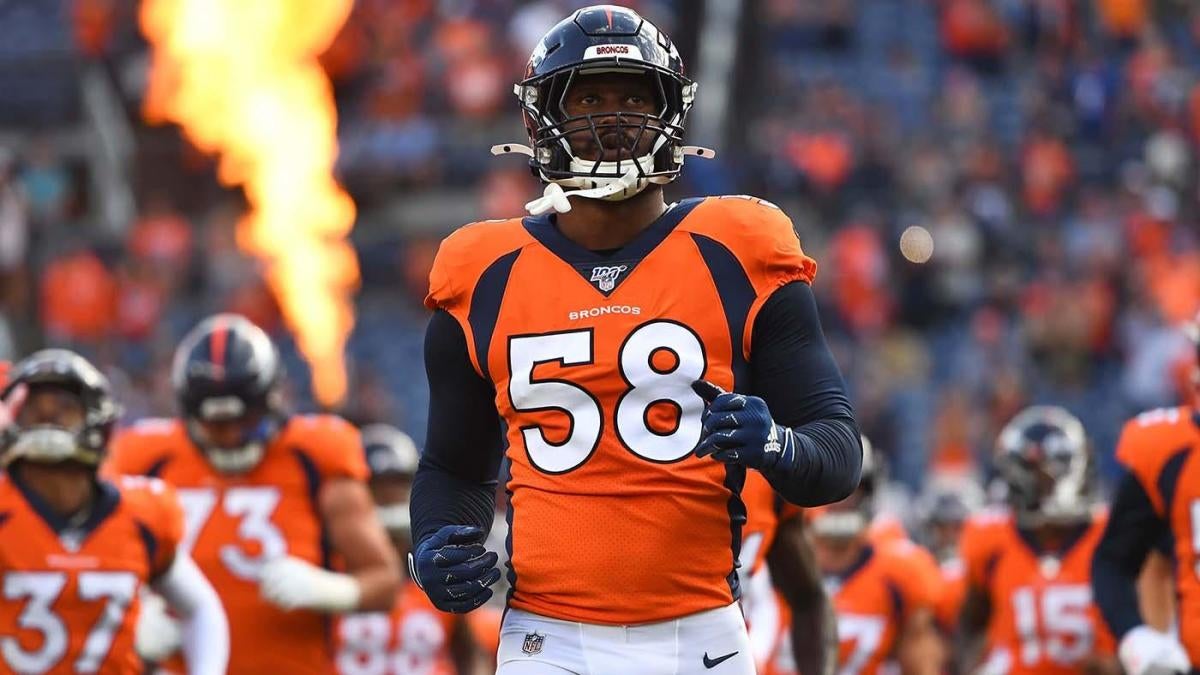 It’s mid-October and any hope the Denver Broncos had of exorcising their demons by flying out of the gates fast in 2019 is now dead and buried, with the club mustering just a 1-4 start that has injected anything but hope into Mile High. As the team works tirelessly to figure how out to change course, and with the NFL trade deadline fast approaching, it was inevitable there would be rumors the team could entertain making a move in the off chance of righting a rapidly sinking ship.

The most discussed name in the rumor mill is also the most valuable piece on the team’s roster, not coincidentally, namely perennial All-Pro linebacker Von Miller.

Don’t count on seeing Miller in another uniform anytime soon though, if ever, because the president of football operations will hear nothing of the sort. John Elway officially shot down any and all rumors of Miller being on the trade block, while taking the added step of noting there is no one at all the Broncos are considering shipping out of town.

This means Emmanuel Sanders, Chris Harris, Jr. and whomever else you’ve heard about aren’t going anywhere if you take Elway at his word. Instead of moving bodies out, Elway believes one of the biggest challenges is to change the mindset of everyone in the building.

“I think the hardest thing about losing is you get in a situation to where something bad happens in a game and you say, ‘Here we go again,’ and that is a very tough thing to break,” he said. “That’s what we’ve got to get out of. I think it’s hurt us a couple of times. But we went out and got one last week and so we’ve got to continue to stay positive with it and work our way through it.”

The Broncos landed their first win of the season in a desperately needed 20-13 victory over the Los Angeles Chargers in Week 5, and will now face a Tennessee Titans team that shares Denver’s inconsistency this season. If they can somehow land their second consecutive win — with both also having been in the AFC — the forecast for the remainder of the season will begin to change for the better. Currently battling the injury bug as well, though, their level of difficulty to flip their win-loss record is rather cumbersome.

No absence is being felt like that of second-year phenom Bradley Chubb, who sits on injured reserve with a torn ACL. That paints a bullseye on Miller each and every week as opposing offensive coordinators send double- and sometimes triple-teams his way.

Miller is off to the slowest start of his stellar career, having just two sacks in the first five games.

“It’s frustrating for Von,” Elway said. “He gets a lot of attention, but I think he’ll keep working at it — stay after it. He’s still the same player he always has been. …But you know, you lose a player like Chubb on the other side, it’s not going to help Von.”

There’s a lot of pressure for the Broncos to return to their winning ways in 2019, as evidenced by the hiring of head coach Vic Fangio and trade for quarterback Joe Flacco this offseason. The team hasn’t made the playoffs the last three seasons and has a record of just 21-32 since winning Super Bowl 50. They’re also on their third head coach since the 2015 season, and Flacco is the Broncos third and most brazen attempt at rebooting the QB position since Peyton Manning retired in 2016.

“Yeah, I don’t like to lose,” Elway said. “You know, it’s not enjoyable, but all we can do is continue to work. Not a whole lot we can do now except try to play better.”

The key word in Elway’s sentence being “play” and not “get,” which further signifies he’s not looking to overhaul his roster. Of course, this doesn’t mean he can’t or won’t change his mind — because stranger things have happened — but he’s firm in not entertaining it going into Week 6. If they keep losing, though, Elway could be singing a different tune at the end of October.

Granted, it may not be Miller or another cornerstone player, but it’ll likely be someone — or two.