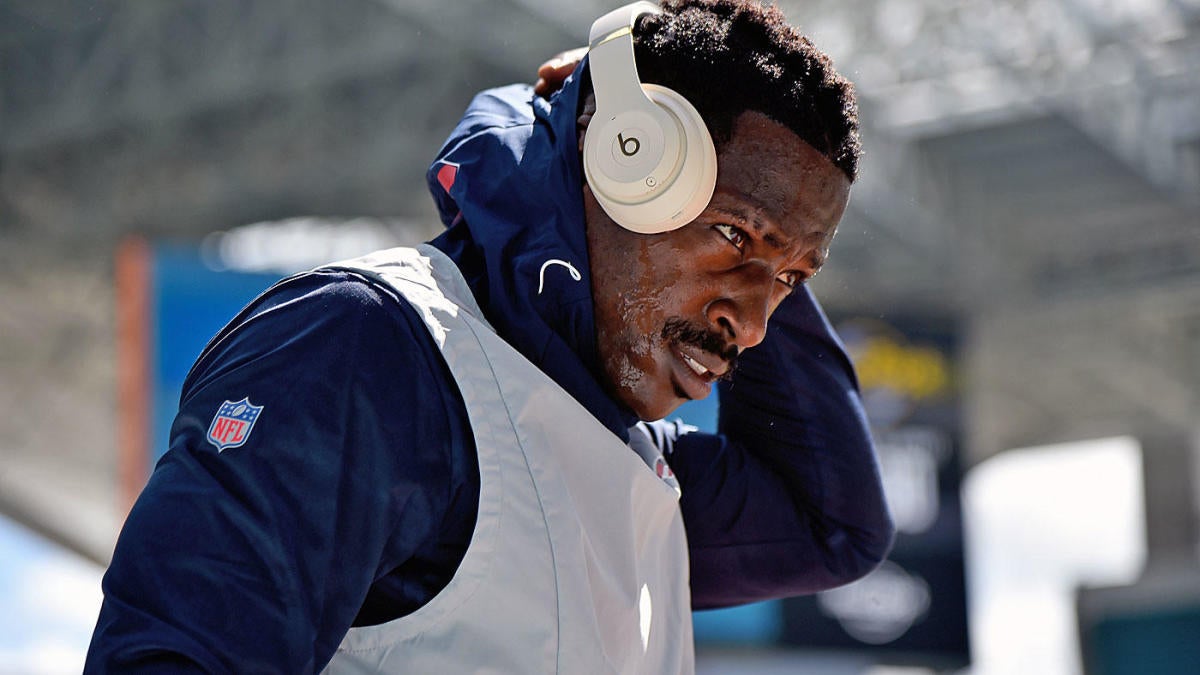 Think you’ve heard the last of Antonio Brown? Well, you haven’t, and at this point it’s a foregone conclusion that will never be an actual thing anyway.

It’s not unimaginable that the All-Pro wide receiver wants to return to an NFL he never wanted to leave in the first place, but what’s interesting is his recent plea to return to the New England Patriots. There’s a lot working against that ever happening again, and to say it’s doubtful at best is being exceedingly charitable, because the more likely reality is he’ll never play for the organization again — for a variety of reasons.

Still, Brown wants what he wants, but it appears he first wants to get his mountain of erratic affairs in order before attempting to return to the field, according to ESPN, and that’s assuming he can. It’s also assuming he can do it in a timely fashion that would allow him to play football in 2019, or even 2020. For his part, Brown is hoping to have everything resolved in the next few weeks so he can latch on with a team, according to the report.

If you’ve forgotten what Brown is facing in such an uphill climb, let’s recap.

He was traded from the Pittsburgh Steelers to the Oakland Raiders and then released by the Raiders in August following a slew of headlines regarding his helmet, frostbitten feet and a rumored altercation with general manager Mike Mayock that reportedly included Brown using a racial epithet. After demanding his release following the Raiders’ decision to fine Brown, in a whirlwind 48-hour period wherein he’d apologize with the belief he wouldn’t be fined at all, the team granted his wish and the 31-year-old released a celebratory video on his YouTube channel before being signed to the New England Patriots swiftly thereafter.

Before the wheels on his flight could cool from touching down in Boston, Brown was accused of sexual assault by his former athletic trainer. An artist who states the wide receiver exposed himself to her after hiring her to paint a mural added more issues for the embattled player.

The Patriots stood fast with him though, seemingly allowing the process to play itself out, but when images were released of what was allegedly a group text that showed Brown attempting to intimidate the artist in question, the Patriots had enough. They released him after just one game played, which led to Brown then filing grievances against both the Raiders and the Patriots in an attempt to recoup upwards of $40 million in forfeited pay.

All of the above, from his tumultuous divorce from the Steelers to the Patriots releasing him, occurred in a matter of only six months.

Brown then went on a social media tirade that included attempting to using the pending federal case against Patriots owner Robert Kraft against him in the court of public opinion, but all that did was reportedly infuriate Kraft even more than he already was once news of the text messages hit the headlines. To then double back in short order and ask Patriots fans to lobby the organization in his favor isn’t something anyone expected but, then again, Brown has become a living definition of the unexpected.

Even if the Patriots, or any team, were to give him another chance, the NFL has warned the league office may step in and place Brown on the commissioner’s exempt list to prevent him from taking the field. While that’s not guaranteed, the fact the NFL went as far as sending up that flare lets teams know they may be wasting their time giving Brown a shot before his legal matters — which includes allegations of a trashed condo in Florida — in order.

Brown may have finally realized he has no choice but to put football on the back burner, because football has definitely done the same to him, at least until further notice. It’s possible he’s played his last game in an NFL uniform, but time will tell how things unfold.