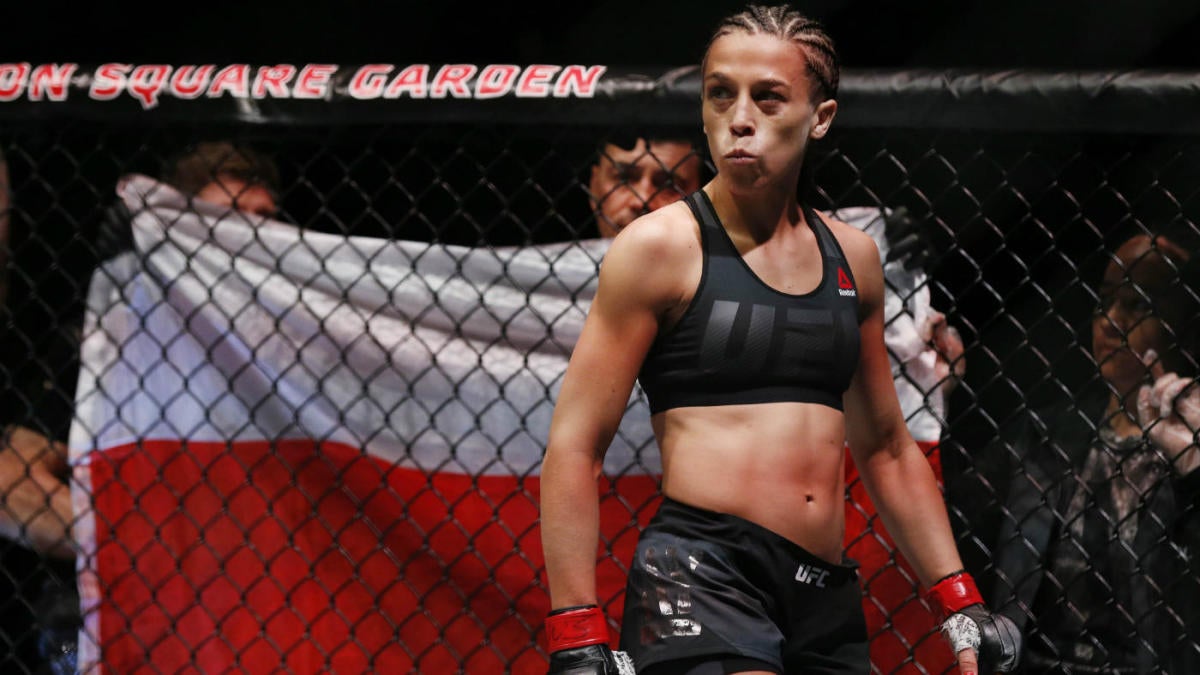 After spicing up the week with weight-cutting drama, Joanna Jedrzejczyk stepped on the scales Friday and hit 115.5 pounds, making her UFC Fight Night 161 main event clash with Michelle Waterson official. Despite telling the UFC she was worried she wouldn’t make weight, Jedrzejczyk didn’t need to strip down or even wait until the last possible minute to hit weight. Instead, she weighed in just 20 minutes after the proceedings began and appeared to have easily made the cut.

With the drama — or “mind games” as Waterson (17-6) theorized — in the rear-view, what we’re left with is the fight. And it’s a good one as Waterson brings her three-fight winning streak and No. 7 spot in the CBS Sports Divisional Rankings to face No. 6 ranked Jedrzejczyk (15-3) as the former longtime champ looks to get right after a 1-3 run over her four most recent fights.

The winner of the fight is likely next in line to fight newly-crowned strawweight champ Weili Zhang, though Jedrzejczyk would argue that, despite losing the belt to Rose Namajunas in 2017, she is still champ.

Can’t get enough UFC? Subscribe to my podcast — State of Combat with Brian Campbell — where I break down everything you need to know in the Octagon, including a complete preview of UFC Tampa below.

Here’s the fight card for UFC Fight Night 161 with the latest odds from MGM.

Joanna Jedrzejczyk vs. Michelle Waterson: It’s hard to know exactly where Jedrzejczyk is at in her career right now. The 1-3 run in her last four fights is ugly at first glance, but Namajunas may have just had her number in their two fights and the other loss came in a jump to flyweight for a title shot against one of the two best women in the sport right now in Valentina Shevchenko. There’s the win over Tecia Torres sandwiched in there, but Torres has come up short against most of the top end of the division — except for Waterson. Waterson looked good against Karolina Kowalkiewicz, but there’s a reason these are the biggest underdog odds on Waterson since she fought Jessica Penne back at Invicta FC 5 in April 2013. Waterson is likely outgunned here, but she pulled off the upset in the aforementioned fight with Penne, so never count her out.  Pick: Jedrzejczyk via UD