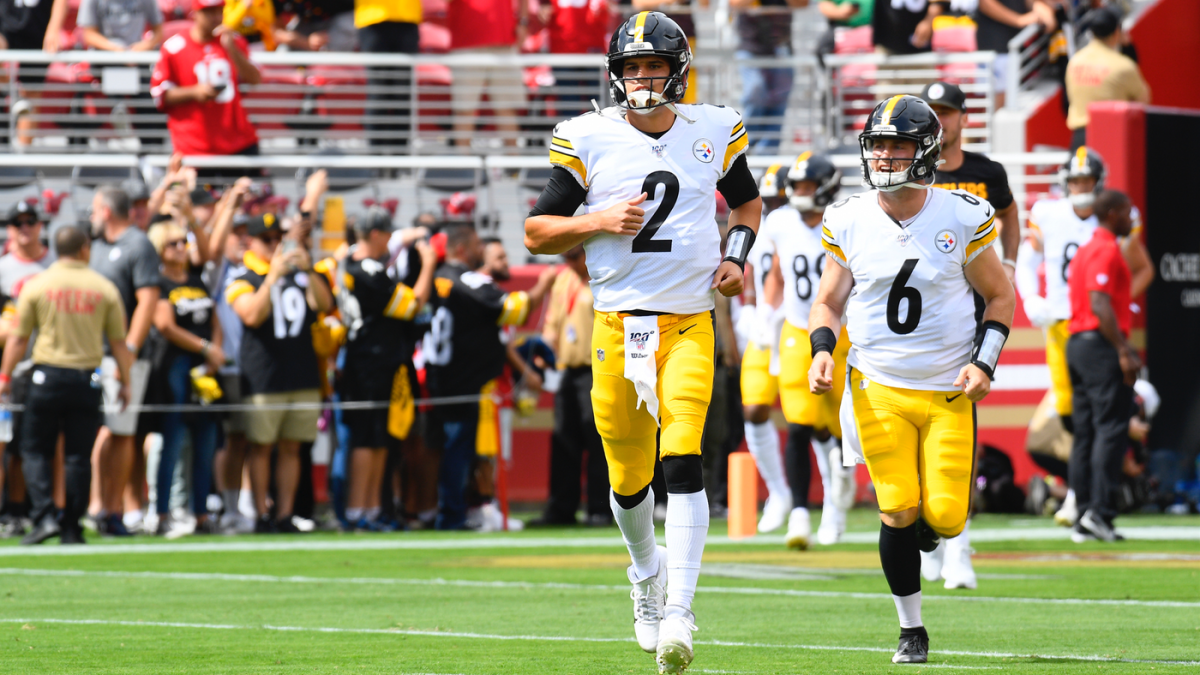 Mason Rudolph has been ruled out of the Pittsburgh Steelers‘ Sunday night matchup against the Los Angeles Chargers, the team announced on Friday. Rudolph, who started Pittsburgh’s last three games in place of injured quarterback Ben Roethlisberger, sustained a concussion after getting hit by Baltimore safety Earl Thomas in the Steelers’ Week 5 overtime loss to the Ravens.

After signing with the Steelers in the spring, Hodges was released before the start of the regular season before being added to the practice squad. He was promoted to the 53-man roster following Roethlisberger’s season-ending injury during Pittsburgh’s Week 2 loss to Seattle. Nicknamed “Duck” after winning a duck-calling contest in college, the 6-foot-1, 210-pound Hodges threw for 14,584 yards and 111 touchdowns with just 41 interceptions during his prolific career at Samford.

It’s been a whirlwind year for Hodges, who wanted to play for Nick Saban at Alabama coming out of high school before eventually settling in at Samford.

“It’s just crazy. It’s a crazy process,” Hodges said earlier this week, per Jim Wexell of 247Sports. “Even from the beginning, coming here on a tryout. I told some people before, that if five years from now, or 10 years, if I am still playing in the NFL, this whole kind of story just fits who I am. It just shows that with hard work and confidence in yourself and belief in yourself, you can accomplish your dreams.”

Despite his lack of pro experience, the Steelers are confident that Hodges can lead them to victory while helping turn their season around in the process. Pittsburgh, 1-4 through five games, is about to face a Los Angeles team that is also looking to right the ship after a 2-3 start to the season.

“We looked over and saw him rocking back and forth [after Rudolph got hurt last Sunday], bobbing his head along to a song over the PA system,” Steelers Pro Bowl center Maurkice Pouncey told reporters this week. “I said, ‘Well, OK, he looks ready to go.’ And then he got in the huddle and seemed fine. Then he changed the protection up front before his first pass and we were like, ‘All right. He knows what he’s doing.’ That’s when we began to realize we can win with this guy.”