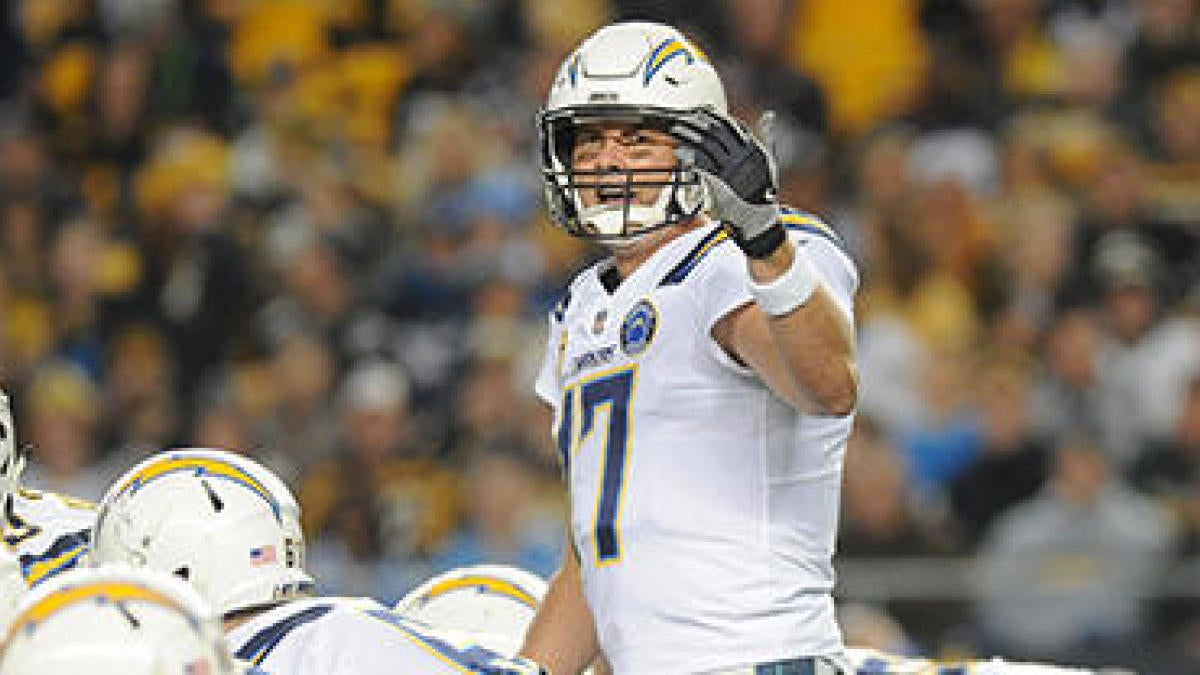 The AFC is kind of a mess right now. The New England Patriots are 6-0 and the Miami Dolphins are terrible, as expected, but all kinds of craziness is going on elsewhere. The Bills are 4-1. The Bengals are a disaster at 0-5. The Browns are a disaster but they’re somehow still 2-3. The Colts saw their quarterback retire just before the start of the season and they’re 3-2. The Jaguars lost their quarterback halfway through Week 1 and they’re still 2-3. The Titans are 2-3, too, but they’ve outscored their opponents by 23 points. The Raiders are 3-2 but they’ve been outscored by their opponents.

Two of the teams mixed up in all this mess at the Los Angeles Chargers and Pittsburgh Steelers. LA has weathered a preposterous number of injuries while getting off to a 2-3 start, but they actually have a positive point differential, and all three of their losses have been by one score. The Steelers got their doors blown off by the Pats in Week 1, lost Ben Roethlisberger for the year in Week 2, traded their first-round pick for Minkah Fitzpatrick, then saw Mason Rudolph go down last week and have lost two of their past three games.

So, ya know, normal stuff. Anyway, these teams play each other on Sunday night. Let’s break things down.

When the Chargers have the ball

The Chargers finally got Melvin Gordon back from his extended contract holdout last week, and they seemed intent on making use of him. He was immediately given a large role, with 18 total opportunities: 12 rushes for 31 yards, as well as six targets, which he turned into four catches for just seven yards. So, it didn’t go all that well. Austin Ekeler, meanwhile, was used as a hybrid running back and receiver, lining up in the slot and out wide more often in this game than he did in the first four games combined. He handled just three carries but was targeted 16 times, catching 15 of them, albeit for only 86 yards.

The Chargers are struggling with injuries all over the place on offense, and their high-level contributors are essentially limited to the two running backs, and Keenan Allen and Mike Williams. (Dontrelle Inman is now on IR and Travis Benjamin has proven to be useful only as an occasional deep shot and jet sweep weapon.) Philip Rivers is working behind an offensive line that would be an insult to the word patchwork, with Russell Okung working on an extended absence, Mike Pouncey now out for the season, and tackles Sam Tevi and Trent Scott not exactly looking like professional pass-blockers, what with their 35 combined pressures allowed through five weeks.

Playing against these Steelers seems like a get-right opportunity on the surface, but this defense has been getting better with each passing week. Per Football Outsiders, here’s the progression of Pittsburgh’s defensive DVOA this season, broken down by game. (Negative numbers indicate good defense and positive numbers indicate bad defense.)

The good news for the Chargers is that Steelers defensive coordinator Keith Butler has an affinity for covering slot receivers with linebackers and safeties, which is exactly how Allen destroyed this team for 14 catches for 148 yards and a touchdown last season. Eight of those 14 catches came while Allen, one of the small handful of best wide receivers and arguably the best route-runner in the entire NFL, was being defended by a linebacker in the slot. That is insane.

If the Steelers use the same coverage strategy against Allen on Sunday night, they will lose. Guaranteed. (For the sake of Steeler fans and the sanity of football-watchers everywhere, let’s hope they don’t do that. It would be nice to get an entertaining game. Like, just use Minkah Fitzpatrick to cover the slot guy. He’s good at it.)

Mike Williams returned last week and looked pretty healthy despite the recent back injury, and because the Chargers like to move him around and the Steelers play sides with their corners, he should see plenty of both Joe Haden and Steven Nelson. The same goes for Benjamin, as well as Andre Patton and Geremy Davis, if they get on the field. Williams is the only one who truly has Rivers’ trust, and the others are largely non-factors in the passing game.

The Steelers defense has been a bit better against the pass than the run, but given the difficulties of this offensive line, it might be better to just let Rivers deliver quick passes to the likes of Allen, Ekeler, and Gordon, and unleash the occasional medium-to-deep shot to Williams to keep the defense honest. That’s where the Chargers tend to live anyway, and it should work nicely against this style of defense.

When the Steelers have the ball

The big story here is all the injuries on both sides of the ball.

Ben Roethlisberger is out for the season. Backup Mason Rudolph is out for this game after being concussed last week. Jaylen Samuels, who had taken over a larger role in the offense the past two weeks, had his knee scoped and is expected to miss about a month. Fullback Roosevelt Nix is still out as well. Vance McDonald did not practice on Wednesday or Thursday and seems likely to miss the game.

Meanwhile, star Chargers safety Derwin James is on injured reserve. Adrian Phillips is on IR now as well. Edge rusher Melvin Ingram is dealing with a hamstring injury and hasn’t practiced all week, meaning he’s likely to sit. Nasir Adderley also has a hamstring issue and is likely to sit out again. Even ostensibly healthy players like Casey Hayward, Denzel Perryman, and Thomas Davis have been either limited or not present during practice at times this week.

So, yeah, this is a matchup that is going to look far different than what we would have expected at the beginning of the season.

As far as the Steelers offense goes, it’s extremely difficult to predict what we’ll see. Undrafted free agent Devlin Hodges, who was waived at the end of camp before being re-signed to the practice squad after Week 1 and promoted to the active roster upon Roethlisberger’s injury, will make his first career start. He acquitted himself nicely last week against the Ravens, completing 7 of 9 passes for 68 yards while also scrambling twice for an additional 20 yards, but it’s difficult to see him finding a similar degree of success against a Chargers defense that, despite its injury issues, is simply far stronger than the one Baltimore has put on the field this season. The Chargers have a better pass rush and a better coverage unit; and they have time to design a game-plan around making life difficult for Hodges based on the film from last week, the preseason, and presumably, his time in college, while the Ravens obviously prepared for Rudolph.

The Los Angeles defense has the third-highest pressure rate in the NFL so far this season, per Football Outsiders, with Joey Bosa and company relentlessly coming after opposing QBs. The Steelers have yielded the third-lowest pressure rate from opponents, though, so it’s possible they could do a nice job of slowing down the rush and allowing Hodges time to hang in the pocket, survey the field, and choose the right option down the field.

Most coaching staffs working with an undrafted rookie who was only recently promoted on the practice squad tend to simplify the game plan with quick-strike throws on slants, hitches, curls, and screens in order to avoid subjecting them to heavy pressure, and it seems likely the Steelers will do the same here. That could mean heavy involvement in the passing game for James Conner, as well as some designed smoke screens to get JuJu Smith-Schuster the ball in his hands and let him make things happen. With McDonald looking increasingly unlikely to play, that removes a versatile option for the passing game, which is not great, given that the Chargers are likely to center their defense on Conner’s ground-based exploits and force Hodges to beat them.