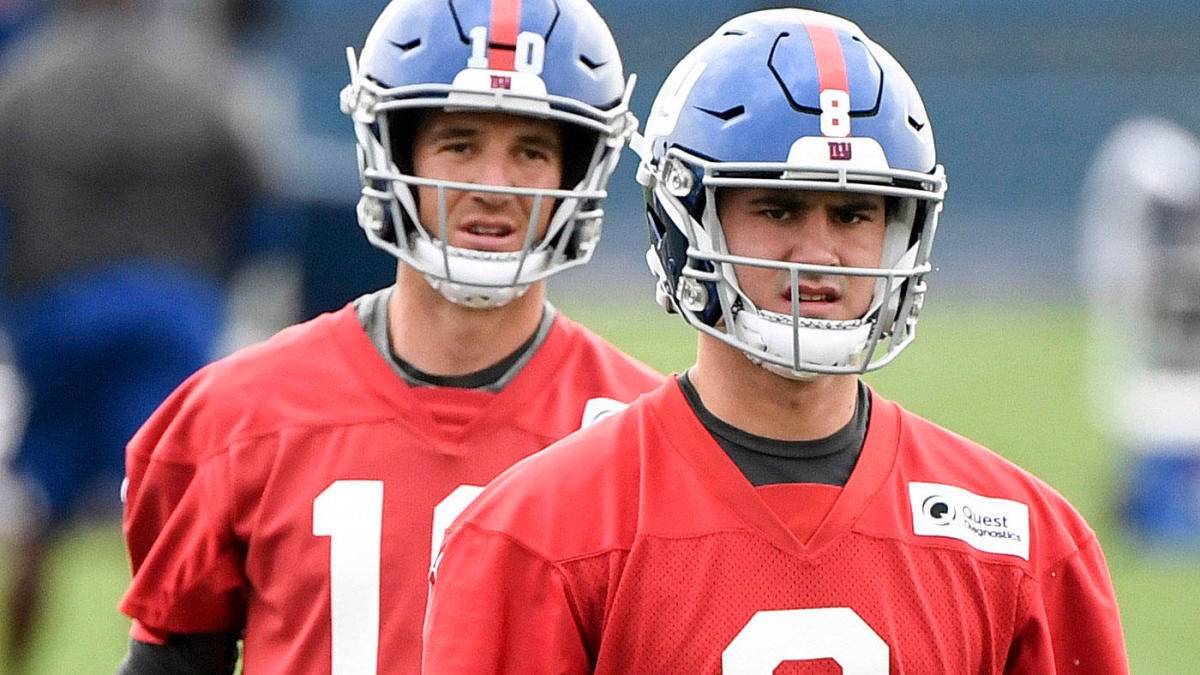 Giants quarterbacks Eli Manning and Eli Manning Jr., I mean Daniel Jones, were defeated by the New England Patriots on Thursday Night Football, 35-14, in what at first looked like it could be a close game but ended as everyone had expected.

But enough about the score. As the old saying goes, “It’s not about who wins the game, it’s about the memes we get along the way,” and last night the internet was gifted with another great one.

Jones has taken over the QB1 duties for the two-time Super Bowl champion, who had to sit and watch the rookie throw three interceptions against the team he defeated twice in the big game.

It seemed like the veteran was looking through some plays and trying to help mentor the 22-year-old, but to Twitter, the photo was perfect meme material.

Here are some of the best:

The photo looks like every kid helping their parents try to figure out how to use technology. “No dad, go to settings. Settings dad. It’s right there!”

Eli’s just here so he doesn’t get fined.

Many suggested that Manning might be playing games on the tablet. Hopefully those games were going better for him than the one he was watching.

The Patriots are the “Rainbow Road” of Mario Kart.

Maybe Manning just wanted to reminisce on the glory days.

Any time Manning and Jones are next to each other, it seems like the internet gets another fantastic photo that turns into a caption contest on Twitter. Hopefully next week there is more meme-able material as the Giants host Kyler Murray and the Arizona Cardinals.