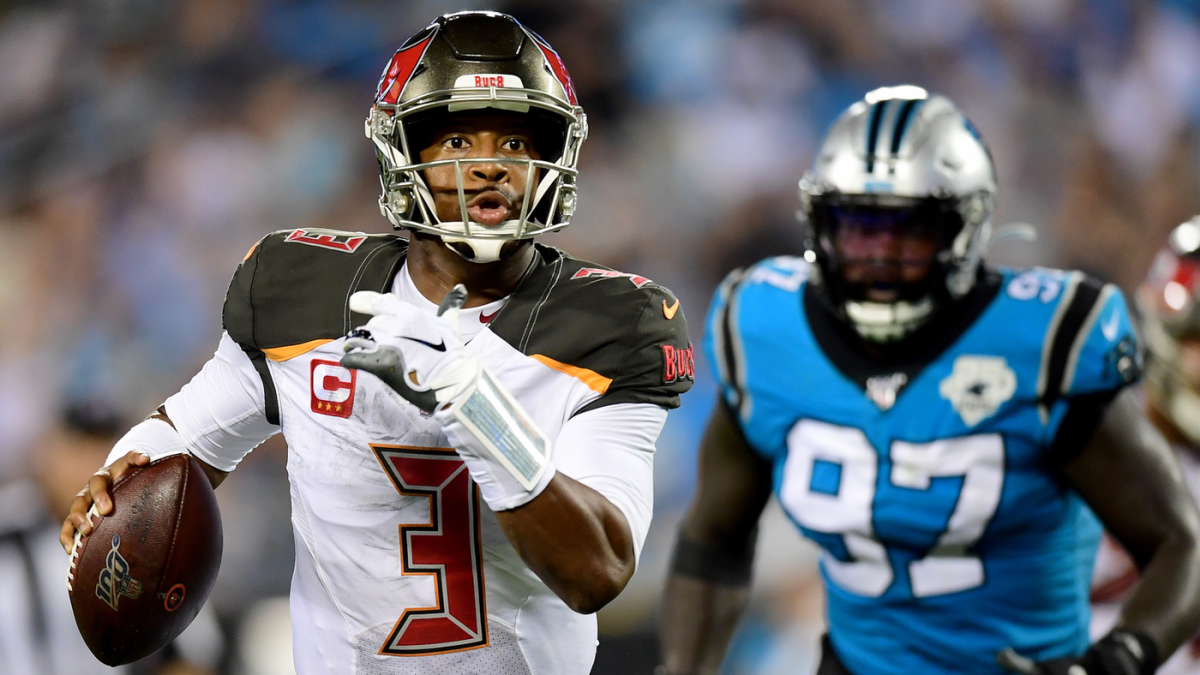 Four weeks after their showdown on “Thursday Night Football,” the Tampa Bay Buccaneers and Carolina Panthers will face off Sunday morning in London’s Tottenham Hotspur Stadium.

The Panthers, who lost their first matchup against the Bucs 20-14, are 2.5-point favorites for Sunday’s game. After owning this division matchup earlier this decade (winning 9 of 11 matchups from 2013-18), Carolina has lost its last two games against the Buccaneers, who are trying to end their 12-year playoff drought. The Panthers lead the all-time series, 23-15.

The Buccaneers, who defeated the Panthers on the road in Week 2, have yet to win or lose consecutive games this season. After lighting up the Rams to the tune of 55 points in Los Angeles in Week 4, Tampa Bay dropped a 31-24 decision on the road against the New Orleans Saints last Sunday. While his completion percentage is down, Bucs quarterback Jameis Winston is enjoying a solid season under Tampa Bay first year head coach Bruce Arians, with an 11/5 touchdown/interception ratio entering Sunday’s game. The Bucs’ defense hasn’t been as good as of late, however, as the unit failed to record a single sack in last Sunday’s loss.

Carolina has rebounded well after a rocky 0-2 start. The Panthers have won three straight games and are just a game behind the Saints in the NFC South division standings. Kyle Allen, who is playing in place of injured quarterback Cam Newton, has started in each of the Panthers’ wins. Allen’s success has helped open things up for running back Christian McCaffrey, who leads the NFL in rushing yards and yards from scrimmage. Luke Kuechly and the Panthers’ defense is surely looking to get back on track after allowing over 500 total yards in Carolina’s Week 5 win over Jacksonville.

Fans in London will be treated to the talents of McCaffrey, who is coming off a three-touchdown effort in last Sunday’s win over the Jaguars. Fans may also continue to see more of fellow running back Reggie Bonnafon, who ripped off a 59-yard touchdown run near the end of last Sunday’s victory. McCaffrey and Bonnafon will have their work cut out for them against a Bucs’ defense that is No. 2 in the NFL in rushing yards allowed. Conversely, Tampa’s pass defense has allowed the most passing yards in the NFL through five games, a stat that Allen and the Panthers’ receiving corps will look to exploit.

One defensive player that I’m expecting a big game from is Buccaneers outside linebacker Shaquil Barrett, who leads the NFL with nine sacks and seven tackles for loss. He also has three forced fumbles and an interception heading into Sunday’s game.