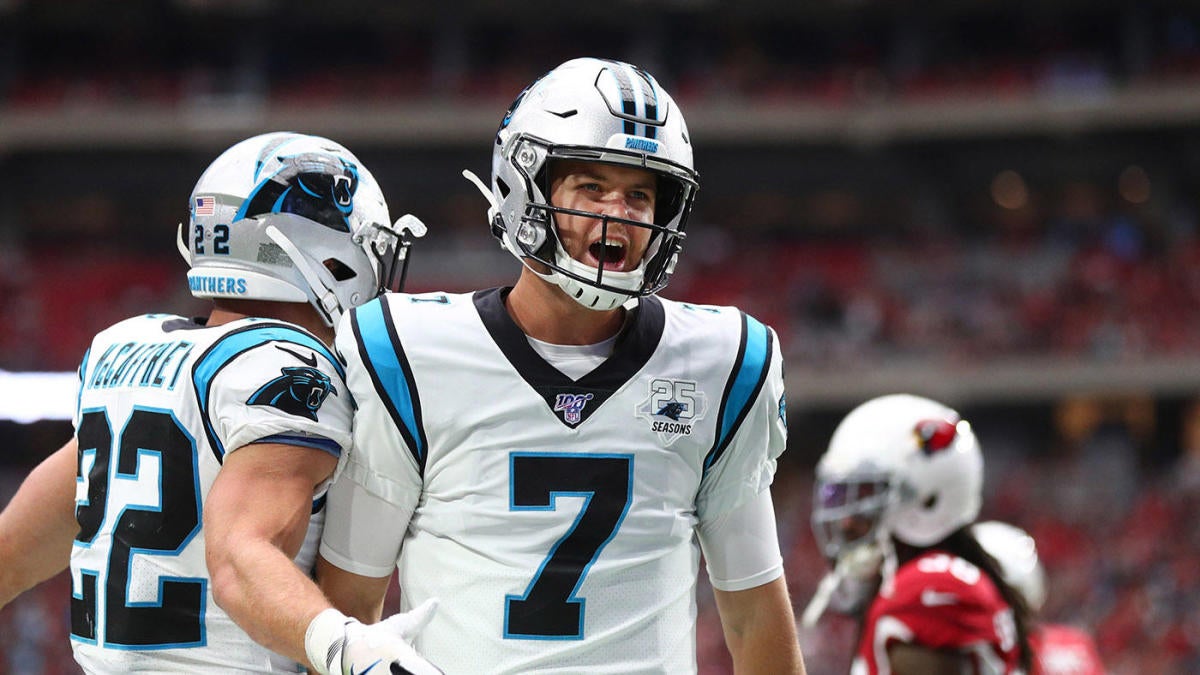 Another pretty solid week on the old best bets in Week 5, although I definitely got greedy with some unders that missed. I could have guaranteed a good year ATS (against the spread) in these games just based on the fact that I didn’t do the SuperContest in 2019, but whatever I’m not bitter.

Going with eight games in this spot is just aggressive in general so let’s pare it down to six this week. Speaking of eight, Pete Prisco pointed out to me on the Pick Six Podcast Friday picks show (listen in the player below!) that if I tossed up eight more picks this week I would go 1-7. And then Pete promptly made eight best bets himself. You know what to do (fade him).

You can watch the full show on YouTube right here or check out the audio version in the player below. Make sure and subscribe — you get killer picks as well as up to 10 (!?!) different shows per week for downloading purposes.

Panthers (-2.5) vs. Buccaneers in London

Did you know the Buccaneers didn’t have a sports science department until 2019? I didn’t know that until Friday morning. I’m kind of stunned by it. Despite creating one for Tampa, Bruce Arians still waited until Thursday night to leave for London, which is what the Bears did last week. That should be concerning in the first place; even more so with this game taking place at 9:30 a.m. ET and not 1 p.m. ET like Oakland-Chicago. The Panthers got a full day earlier to adjust and they are a better team. Matchup wise, Carolina wants to run and Tampa is good against the run, so that’s kind of concerning. Tampa could also exploit the weak Carolina secondary in theory, but the Bucs’ offensive line is banged up bad right now and the Panthers are rushing the passer as good as anyone in the NFL. London games get weird, but I think Carolina can take care of business here. Norv Turner isn’t going to just run Christian McCaffrey into the Bucs front over and over again. He’ll get his guys in space for Kyle Allen and let them rip off chunk YAC.

Kirk Cousins can’t beat good teams. That’s not a narrative — it might just be a fact. And the Eagles are good. But I don’t see how this matches up well for Philadelphia. The Vikings saw a 20 percent spike in play-action passes last week, which should be something they’re willing to keep focusing on against Philly’s questionable secondary. If this is a “Dalvin Cook up the middle over and over” game I’m panicking. But Mike Zimmer saw how things worked against the Giants last week. Let’s not act like he isn’t a great football coach. Additionally, the Vikings might have the best homefield advantage in football and it’s reflected itself in the results against the spread, with Minnesota going 11-3 ATS in 14 home games as a short (1-4 points) favorite. Philly is converting almost 53 percent of its third downs this year. That can’t be sustainable and we might be due for some regression here.

Trend grabbing here along with fading the public perception. Everyone just saw the 49ers thump the Browns on Monday night and the last thing anyone remembers about the Rams is their loss on Thursday. If the Niners are getting three points I expect most people to be on them instead of laying point with the not-undefeated Los Angeles team here. Thursday Night Football teams have been outstanding this season in the week following their TNF appearance. The extra rest has yielded a 7-1 straight up record for those teams and either a 7-1 or 6-2 ATS record depending on what line you grabbed Bears-Broncos at. I’m worried about the offensive line in this spot and I’m extremely curious to see how Sean McVay handles the tight end situation. Gerald Everett got a ton of extra targets the last two weeks, but it may have been a byproduct of Brandin Cooks missing time. The 49ers defense is legit but this is their first real test. I think McVay and Co. hold serve with a division rival coming to town on short rest.

There may be some people who accuse me of being a torrid Broncos homer who just won’t quit on this team and THAT IS FINE I HAVE NO PROBLEM WITH IT. But, for real, Denver should be 3-2 right now. That’s not wishful thinking — the Broncos should have beaten both the Bears and Jaguars. The Titans’ willingness to be great one week and terrible the next week with little rhyme or reason is extremely frustrating. I was actually really surprised to see the majority of bets on Tennessee, given the Broncos are coming off a “road” win over the Chargers. Denver is running the ball really well right now and the defense has shown up the last few weeks, moving from 27th in DVOA to the top half of the league team. Slow down Derrick Henry and force Marcus Mariota to throw and it could result in Denver being able to run out the clock. People are legitimately sleeping on how well Joe Flacco is playing. Courtland Sutton is the best young wide receiver no one knows about.

Everyone will want to bet this over because a) the Texans scored 53 points last week and b) the Chiefs are the Chiefs. Let them have it. Taking the under is scary for sure because Deshaun Watson and Patrick Mahomes like to bomb the ball downfield. Will Fuller is petrifying as a deep threat and there’s no one to cover him in KC. It sounds like Tyreek Hill is going to play. (Aside: I’m sort of getting nervous just thinking about this under, feel free to wait and see if the number goes up). But these teams are also top half of the league in terms of time of possession per drive. They aren’t afraid to eat up the clock. Bill O’Brien SHOULD encourage his offense to take the short play and keep KC on the field defensively. I expect 20-plus carries from Carlos Hyde here — efficiency be damned. I would also anticipate that Andy Reid tries to find a more balanced offense by utilizing the run game to try and take the pressure off Mahomes. The Chiefs can’t expect him to throw 40 times with a bad ankle behind a questionable offensive line and to come out clean. If you take this — and you should! — just be aware that it’s not safe until that final whistle blows.

Watching the Bengals struggle on offense last week — Andy Dalton had 21 passing yards at HALFTIME — all I could think back to was the line from last week’s best bets:

Hi, my name is Will. I just told you I’m an idiot for taking overs on terrible football teams. Can I interest you in a jacked up over between two teams that are — *checks notes* — 0-7-1? Oh no. I don’t care. I’m riding this one.

Then the Bengals banged out 14 points real quick, tied it at 23-23 and locked up the over, which was the difference between going .500 and having a +2u week on these best bets. Football is weird!

Anyway, hi, my name is Will and I keep telling you I’m an idiot for taking overs involving terrible football teams. Can I interest you in a 50+ over/under between two teams that are — *checks notes* — 2-7-1?

The Falcons stink, but they stink on defense. The Cardinals stink, but they mostly stink on defense. Patrick Peterson is out one more week, so let’s take advantage of someone else shredding the Arizona swiss on the back end. Julio Jones is due for a monster game. It’s coming, it’s only a matter of when it happens. With everyone in DFS focusing on HOU-KC, this might be the blowup stack. Kyler Murray just needs to show up and give us 24 points. If he can’t do that, punt the Air Raid to the moon.

Again, watch the YouTube show to get this parlay before the lines start moving. NO-JAX is actually 43.5 and dropping right now, so we’ll use that below, but we mentioned it at 44.5 on the podcast. Watch the full show at the bottom of the post.

Frankly this one is kind of obvious. There are three short home dogs — Arizona, Miami and Cleveland — and they all look like bad football teams. It doesn’t even pay that well, so let’s slap them together and see what happens on Sunday. The only real scary fade here is Russell Wilson, though.