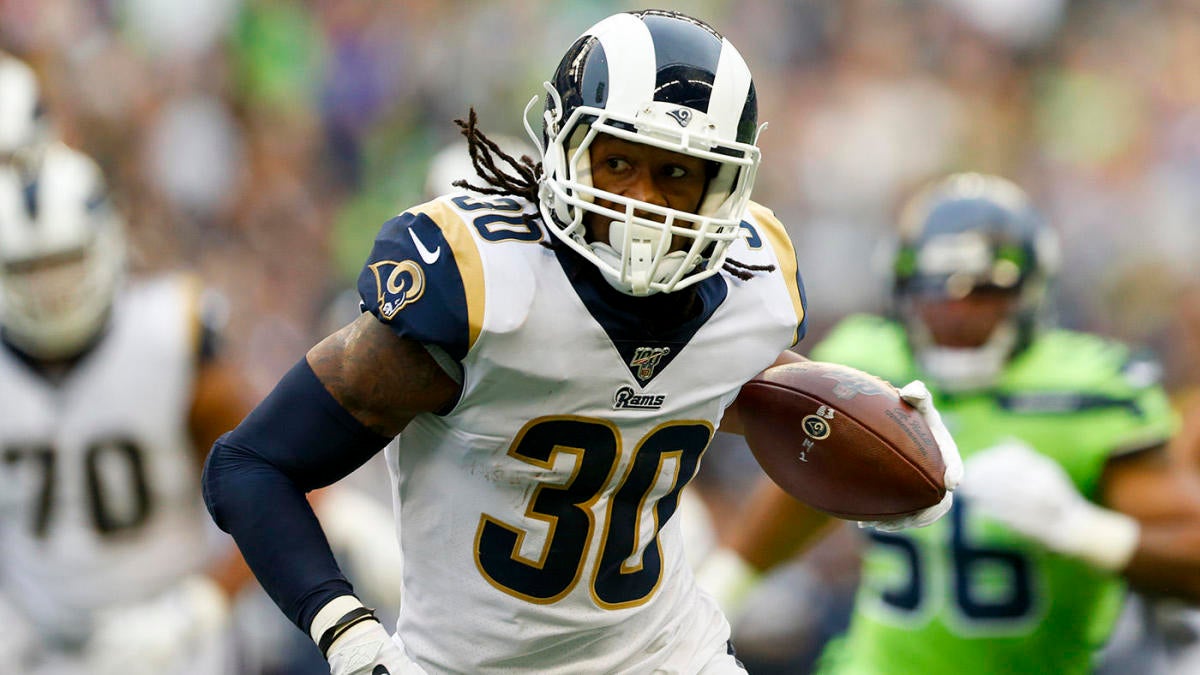 Todd Gurley headlines NFL Friday’s news when it comes to the final injury report of Week 6. The Rams’ All-Pro running back has been announced as doubtful for Los Angeles’ home game against San Francisco by head coach Sean McVay. Gurley, who has been dealing with a quadriceps injury, was inactive during the Rams’ first two practices in preparation for Sunday’s game.

Malcom Brown, who is second to Gurley in rushing yards and rushing touchdowns, will get the start for Sunday’s game if Gurley can’t go. Brown, who had just one carry in last week’s loss to Seattle, scored two touchdowns in L.A.’s season-opening victory against the Carolina Panthers.

There isn’t a single team that isn’t dealing with at least one significant injury this week, as the NFL season is nearing the midway point. Several teams will look to get healthy during their upcoming bye weeks.

For the latest updates and analysis of the injuries heading into Week 6, check out our rundown below.

Panthers (-2.5) vs. Buccaneers in London

One player that will be on the field for the Panthers Sunday is running back Christian McCaffrey, who was included on Carolina’s injury report throughout the week with a back injury. McCaffrey was a full participant on Thursday and Friday after being held out of Wednesday’s practice. Logan was a limited participant during the Bucs’ last two practices after being held out of Wednesday’s practice.

While Andrews was a full participant during Friday’s practice, Brown and Onwuasor did not practice throughout the week. Brown, the team’s first-round pick and leading receiver, sustained his injury during the second of Baltimore’s Week 5 win over Pittsburgh. Ravens coach John Harbaugh said that Brown will be a game-time decision against Cincinnati. Williams, one of the Bengals’ top defensive players, was limited on Friday after being held out of the team’s first two practices.

While Brown and Fluker did not practice throughout the week, Penny, who has complemented Chris Carson in the backfield this season when healthy, was a full participant on Thursday and Friday after sitting out Wednesday’s practice. Lamb, Ward and Williams were each limited during the Browns’ first two practices in preparation for Sunday’s game. Reserves T.J. Carrie and Terrance Mitchell would start at cornerback if Ward and Williams’ can’t go. A sixth year veteran, Carrie has 47 career starts under hit belt, while Mitchell, also a six year veteran, has 21 career starts to his credit.

Hill, who hasn’t played since Week 1, was a limited participant throughout this week’s practices for the Chiefs. The Chiefs are reportedly optimistic that Hill will be on the field for Sunday’s game. Jones and Still were limited throughout the week for Houston, while Joseph was limited during Friday’s practice after not being a full participant on Wednesday and Thursday.

Kamara, who had 104 all-purpose yards in New Orleans’ Week 5 win over Tampa Bay, did not practice on Friday after being limited on Thursday. Latavius Murray, a seven-year veteran, will likely start at running back if Kamara can’t go. Murray, a former Oakland Raider and Minnesota Viking, has 94 rushing yards and a touchdown on 24 carries this season. Ramsey, one of the NFL’s top cornerbacks, is in jeopardy of missing his third consecutive game due to injury. He was limited throughout the week in preparation for the Jaguars’ home game against the Saints.

While Philadelphia will be without several players on Sunday, they will have receiver Nelson Agholor, who was a limited participant Friday after sustaining an illness. Defensive backs Orlando Scandrick (illness), Rodney McLeod (knee) and Sidney Jones (hamstring) will play despite being on the Eagles’ injury report throughout the course of the week. Brothers was a limited participant throughout the Vikings’ practices this week.

Every player that got a tag on the Dolphins’ injury report this week has been ruled as questionable for Sunday’s game against the also-winless Redskins. Top corner Howard has been limited in practice all week, while Bademosi and Ballage didn’t appear on the team’s injury report until Friday. Penn was a full participant for the Redskins on Friday after missing Wednesday’s practice and being limited on Thursday.

Kittle, who caught six passes for 70 yards an a score in San Fran’s 31-3 win over Cleveland on Monday night, did not appear on the team’s injury report on Wednesday and Thursday before being a limited participant during Friday’s practice. Ross Dwelley, a two-year veteran with four career catches to his name, would start for the 49ers if Kittle can’t go against the Rams. Troy Hill will replace Talib at CB for Sunday’s AFC West matchup with San Francisco. Hill, a five-year veteran, has appeared in five games this season but has yet to receive a start.

Johnson, the Cardinals’ former All-Pro running back, is questionable after being limited on Friday and not practicing on Wednesday and Thursday. While the Falcons will be down a pair of cornerbacks for Sunday’s game, Pro Bowl receiver Julio Jones will play on Sunday despite missing significant practice time with a hip injury. Cornerbacks Damontae Kazee, Kendall Sheffield and Jordan Miller will get more reps on Sunday with Trufant and Wreh-Wilson out for the Falcons.

Collins and Smith did not practice throughout the week, while Cobb missed Thursday and Friday’s practices. Cameron Fleming will replace Smith if he can’t go on Sunday. Devin Smith and Tavon Austin will look to pick up the slack if Cobb can’t go against the Jets. Mosley’s injury kept him out throughout the week for the Jets, while Thomas, Jenkins and Bellamy were limited throughout the week.

Milton did not practice in the week leading up to Sunday’s game against Denver, while Smith was a full participant Friday after not appearing on the team’s injury report earlier in the week. Guard Kevin Pamphile and tight end Delanie Walker are good to go for Tennessee. Marshall was limited throughout the week for the Broncos, while Dawson missed Wednesday’s practice before being limited on Thursday and Friday.

Pittsburgh rookie quarterback Devlin Hodges will make his first career start in relief of Rudolph. Donte Moncrief, who signed a two-year deal with the Steelers this offseason, will likely see significant playing time Sunday with Washington out. Vince Williams will replace Barron in the starting lineup, while 2016 first round pick Artie Burns will start for Nelson if Nelson can’t go against the Chargers. Henry was a full participant on Friday after being limited on Wednesday and Thursday, while Ingram was limited on Friday after not practicing the previous two days.