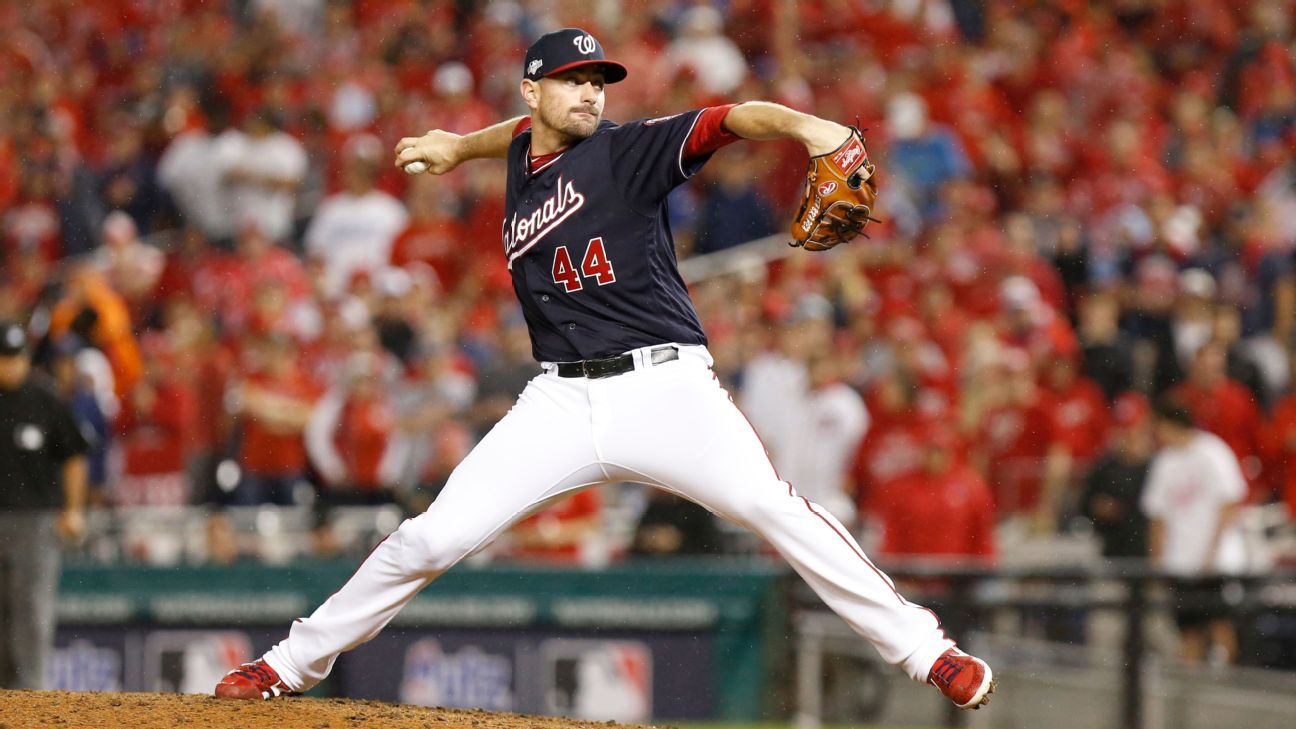 ST. LOUIS — The Washington Nationals will begin the National League Championship Series without the services of their closer, Daniel Hudson, who was placed on the paternity list prior to Friday’s Game 1 against the St. Louis Cardinals at Busch Stadium.

In the meantime, a Nationals team with an exceedingly volatile bullpen must scramble to fill the void.

Veteran lefty Sean Doolittle, the only other reliever who has earned Martinez’s trust in high-leverage situations, will close if a save situation arises in Game 1. Right-handers Tanner Rainey (3.91 ERA in 48 1/3 innings in the regular season) and Fernando Rodney (5.66 ERA in 47 2/3 innings) will take on more important roles.

“Hey, family’s always first. I get it. I understand,” Martinez said, recalling his conversation with Hudson. “The timing didn’t work out like we thought. The baby wasn’t ready to come out. He’ll get back when he gets back.”

Left-hander Roenis Elias was added to the NLCS roster to give the Nationals a second lefty out of the bullpen, but Elias had reverse splits this season, which means he was more effective against righties than lefties. Suero was on the Nationals’ NL Division Series roster but has been designated as the one to come off when Hudson returns. Javy Guerra was added, basically at the expense of Hunter Strickland, in part because he can provide multiple innings out of the bullpen in a longer series.

The best-of-seven NLCS will make it far more difficult for Martinez to deploy his starting pitchers out of the bullpen like he did in a just completed NLDS triumph over the Los Angeles Dodgers. The Nationals’ bullpen, with the highest ERA in the majors this season, will undoubtedly take on a larger role.

It will begin without the closer.

“We have enough weapons in that bullpen to hold off,” Martinez said. “It’s one game. We’ll figure it out.”