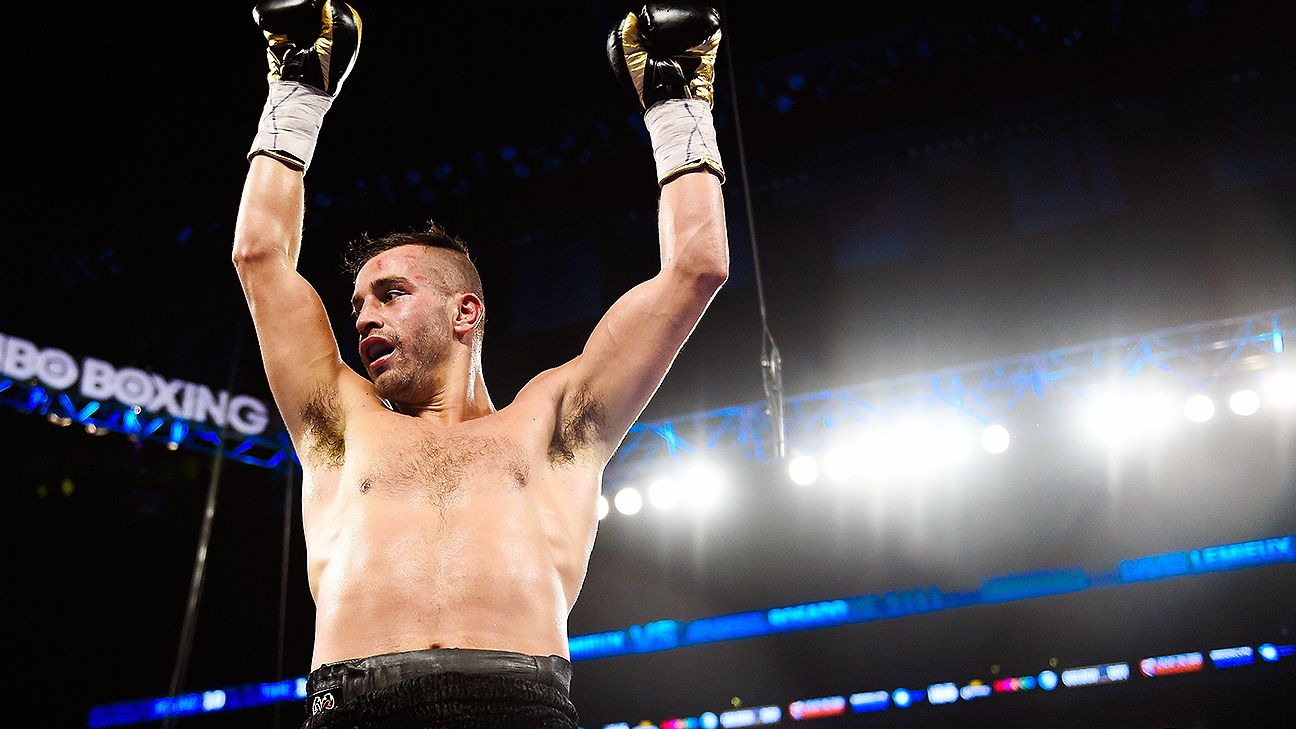 Lemieux will move up to the 168-pound division and face Max Bursak in a scheduled 10-round bout that will headline a card on Dec. 7 at the Bell Centre in Montreal, Eye of the Tiger Management, Lemieux’s co-promoter with Golden Boy, has announced.

Lemieux, a Montreal native, was supposed to make his super middleweight debut against England’s John Ryder on May 4 in Las Vegas on the Canelo Alvarez-Daniel Jacobs undercard. But Lemieux suffered a right hand injury in sparring three weeks before the fight and dropped out.

“I am very excited to come back and fight at home, in front of my loved ones and my fans,” said Lemieux, who will be fighting at the Bell Centre for the 17th time but for the first time since October 2016. “I feel I’m at the peak of my fitness and I plan to give my everything in order to offer a memorable evening to boxing fans.”

Lemieux moved up to super middleweight after major issues making weight caused multiple fights to be called off. The most recent time came last December, when Lemieux (40-4, 34 KOs) was due to face Tureano Johnson on the Alvarez-Rocky Fielding undercard at Madison Square Garden in New York. The fight was canceled shortly before the weigh-in because Lemieux was not close to weight and was so dehydrated that he had to be taken to the hospital.

Bursak (35-5-2, 16 KOs), 35, of Ukraine, is 2-0-1 in his last three fights, each against low-level opposition, since he lost a unanimous decision challenging then-super middleweight world titlist Gilberto “Zurdo” Ramirez in April 2017 in Carson, California.

Two Eye of the Tiger Management heavyweights will also be on the card in scheduled 10-round fights against long-faded former world titleholders.