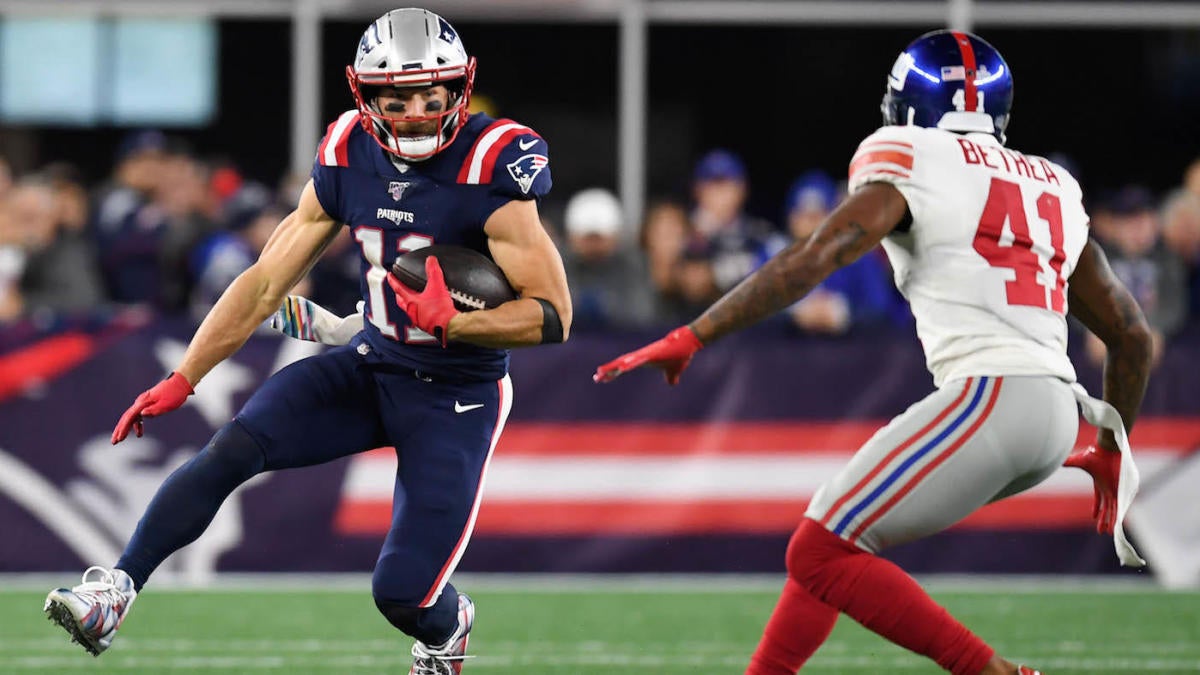 FOXBOROUGH, Mass. — Jakobi Meyers and Gunner Olszewski had their numbers called during the New England Patriots‘ 35-14 win over the New York Giants on Thursday and the two first year receivers answered the bell with a little help from Julian Edelman.

Both Meyers and Olszewski were thrust into bigger roles in the Week 6 opener after Josh Gordon suffered a knee injury in the first half that kept him out of the rest of the game. Phillip Dorsett was already inactive due to a hamstring injury, so New England was extremely shorthanded at the position.

The two came in under duress and were able to hand in big-time plays. Meyers, who caught all four of his targets for 54 yards, was able to set up New England at the New York 2-yard-line after a 23 yard reception. Olszewski saw his first reception in the NFL and added another for a combined total of 34 yards.

“Being a Patriot, they expect you to know what to do regardless of the situation,” said Meyers after the game. “We practiced those situations in the past, and it’s our jobs as pros to be ready for when they came up. When they came up, me and Gunner were ready. We’ve been waiting on our moment since we got here and I feel like we did a good job today.”

The Patriots are 6-0 after beating the Giants and there’s a lot to go over. Fortunately, John Breech and Sean Wagner-McGough are here to break everything down on the latest episode of the Pick Six Podcast. Listen to the full show below and be sure to subscribe for daily NFL goodness.

Both Meyers and Olszewski credited Julian Edelman for their success on the field, noting he was guiding them and offering words of encouragement in the huddle and on the sideline.

“It’s funny,” Edelman said. “You’re playing the game for a while and I remember when I was that guy in the huddle with guys that have been playing a long time. You try to think back about how you felt and you try to encourage and help them the best you possibly can to make they go out and play their best because the better they play the better we’re all going to play.”

And it’s safe to say that the now elder statesman in Edelman was happy with how the two rookies performed.

“Gun Show and Kobs made some really big plays,” Edelman said. “It was good to see them come in and be able to allow us to go in and run plays. Super proud of them, they are doing a really good job. We just have to keep it going and get some time down and get ready to practice and do some more.”

Similar to Edelman, these two were unheralded coming into the NFL. Edelman was a seventh round pick, while Meyers and Olszewski found their way to Foxborough as undrafted free agents. Given that similar history and Edelman turning himself into a Super Bowl MVP that just notched his 13th career 100-yard receiving game, these two youngsters seemingly have the ideal the mentor.