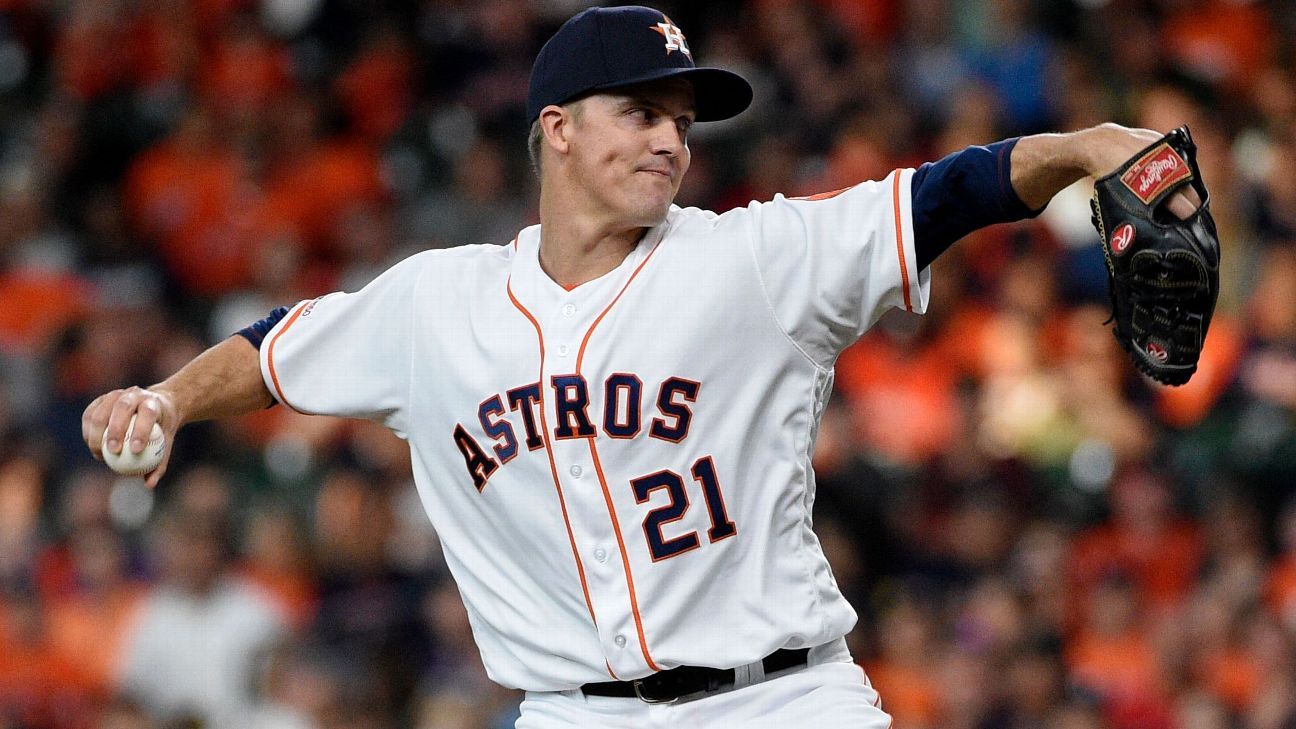 HOUSTON — Houston Astros pitcher Zack Greinke once again didn’t have much to say at the podium on Friday, so AJ Hinch is hoping his actions are little more compelling on the mound.

Hinch named the pensive Greinke as his Game 1 starter against the New York Yankees for the ALCS, which gets underway Saturday night at Minute Maid Park.

Greinke, 35, will be making his second postseason start for the Astros. He struggled in Game 3 of Houston’s ALDS series against the Tampa Bay Rays, giving up six runs in 3 ⅔ innings. The Rays won that game, 10-3, which led Hinch to tab Game 1 starter Justin Verlander to start Game 4 on short rest.

Hinch is hoping this time will be different.

Verlander will start Sunday’s Game 2, this time with a full four days’ rest, while red-hot Gerrit Cole will start Game 3 on Tuesday at Yankee Stadium. Cole won the clincher over the Rays on Thursday and has allowed just one run while striking out 25 over 15 ⅔ innings so far in the postseason.

Beyond that, Hinch is uncertain how his pitching plans will unfold. For all their talent, the Astros struggled to find a reliable fourth starter down the stretch of the regular season. Lefty Wade Miley had a 5.07 ERA after the All-Star break, while hard-throwing rookie Jose Urquidy lacks experience.

“Game 4, as you would imagine, will be [announced] based on how the first three go,” Hinch said. “Three exceptional starting pitchers, and happy to line ’em up that way.”

As for Greinke, once again he conducted a short, terse session with the media that lasted only a couple of minutes. When asked about the challenges that come with facing a power-packed lineup like the Yankees have, Greinke said, “A lot of good hitters. It’s tougher to get good hitters out than not-as-good hitters.”

The Yankees were scheduled to work out in Houston later Friday afternoon. Manager Aaron Boone is expected to discuss his pitching plans at that time.