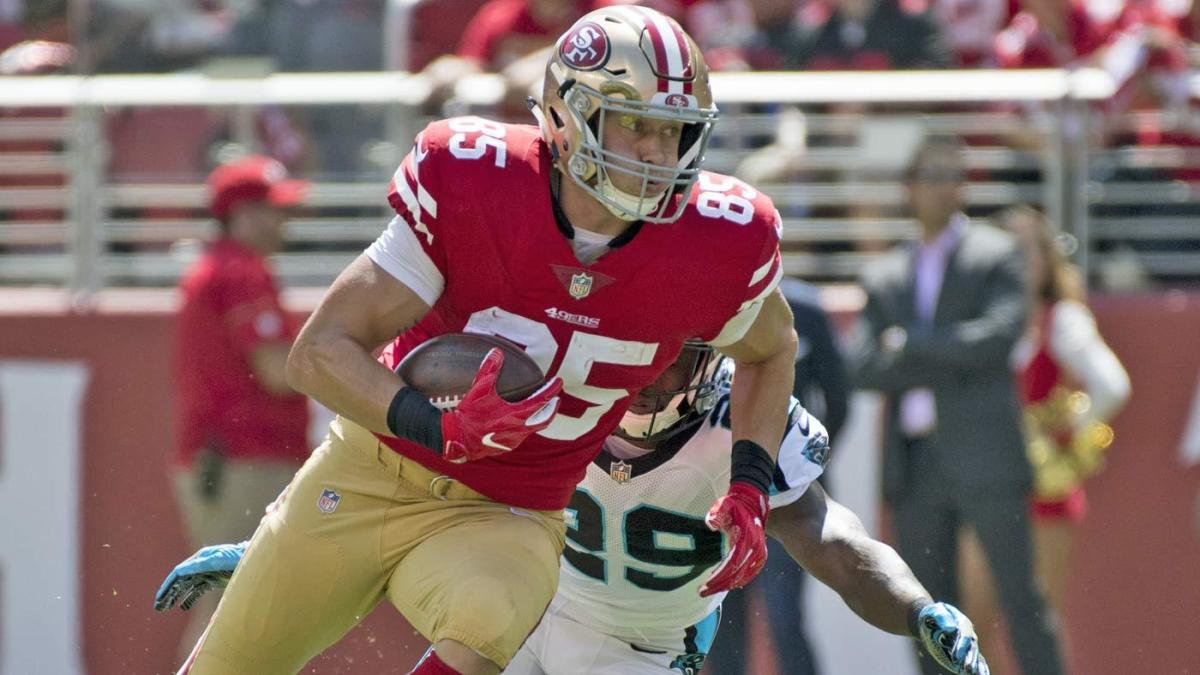 The San Francisco 49ers received a surprise late addition to the injury report Friday, as All-Pro tight end George Kittle was listed as questionable for Sunday’s game against the Los Angeles Rams with a groin injury. Kittle suffered the injury during Friday’s practice and was still getting evaluated by the 49ers medical staff when 49ers head coach Kyle Shanahan met with the media.

Shanahan still expects Kittle to play against the Rams.

“Right now I do, but it’s still just a little bit early so I mean that’s why he will be questionable,” Shanahan said. “We’ll see what news I get later after he gets to the trainers and stuff and gets checked out.”

If Kittle doesn’t play, it will be a big blow to the 49ers offense. Both starting offensive tackles Joe Staley and Mike McGlinchey are ruled out, along with fullback Kyle Juszczyk. Wide receiver Marquise Goodwin was excused from practice for personal reasons, but he is expected to play Sunday.

Kittle has 23 catches for 235 yards and a touchdown in four games this season. He had a season-high six catches for 70 yards in a win over the Cleveland Browns Monday.