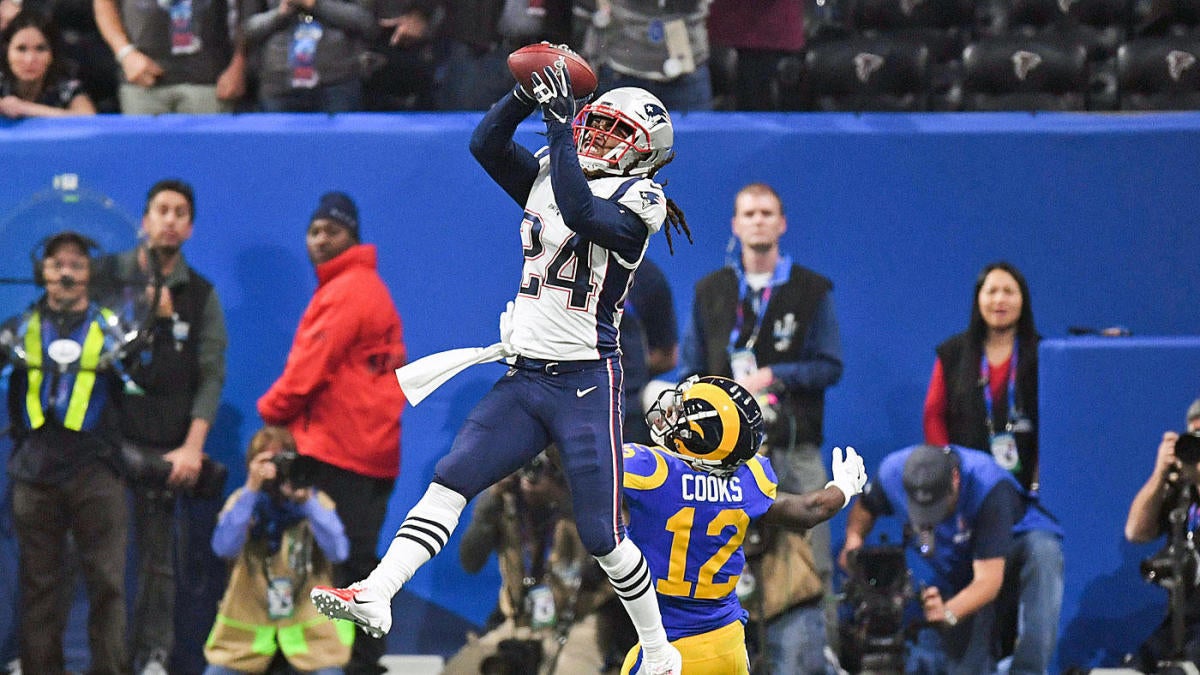 If there’s anyone who would know what the “best cornerback in the game” looks like, it’s probably Darrelle Revis. From the time he stepped on the field in 2007 through his retirement in 2017, Revis himself had as good a claim to that title as anyone in football pretty much every season.

In his 11-year career, Revis was targeted in coverage 791 times, per Pro Football Focus, and he allowed only 400 completions (50.6 percent) for 5,069 yards (6.4 per attempt), 26 touchdowns, 32 interceptions, and 100 pass breakups, yielding an absurdly low 65.0 passer rating on those plays. By way of perspective, here’s how those figures compare to the NFL averages over the same period of time:

So when Revis goes out there and declares that someone else is the “best corner in the game” right now, we should take him seriously. On Friday morning, he did just that, zeroing in on Patriots cornerback Stephon Gilmore.

And man, Revis has a point. Gilmore is balling right now. As noted by Evan Silva of Establish the Run, Gilmore allowed a 0.0 passer rating in coverage during Thursday night’s game against the Giants, allowing just one catch for nine yards on seven targets, while also picking off one pass and breaking up three more.

And it’s not as though this was out of the ordinary for Gilmore.

In six games this season, PFF has Gilmore allowing just 20 completions on 42 throws (47.6 percent) in his direction, for 266 yards (6.33 per attempt), zero touchdowns, and two interceptions. That’s a 48.3 passer rating, by the way. Consider those figures when compared to the league averages of 65.0 percent completions, 7.4 yards per attempt, and 95.0 passer rating and just think about how mind-blowingly good Gilmore has been this year. And this is just a continuation of what Gilmore started last season, when he allowed completions on only 44.0 percent of throws in his direction, 5.61 yards per attempt, and a 65.2 passer rating.

There are plenty of other candidates for this honor, such as Jalen Ramsey in Jacksonville, Tre’Davious White in Buffalo, Chris Harris Jr. in Denver, Casey Hayward Jr. in Los Angeles, Darius Slay in Detroit, Richard Sherman in San Francisco, Kyle Fuller in Chicago, James Bradberry in Carolina, Marlon Humphrey in Baltimore, Jaire Alexander in Green Bay, and many more that I’m sure fans of other teams will tweet me about for leaving off the list. But Gilmore, much like Revis throughout his career, has as good an argument as anybody else, and it’s being recognized by one of the best of the best.