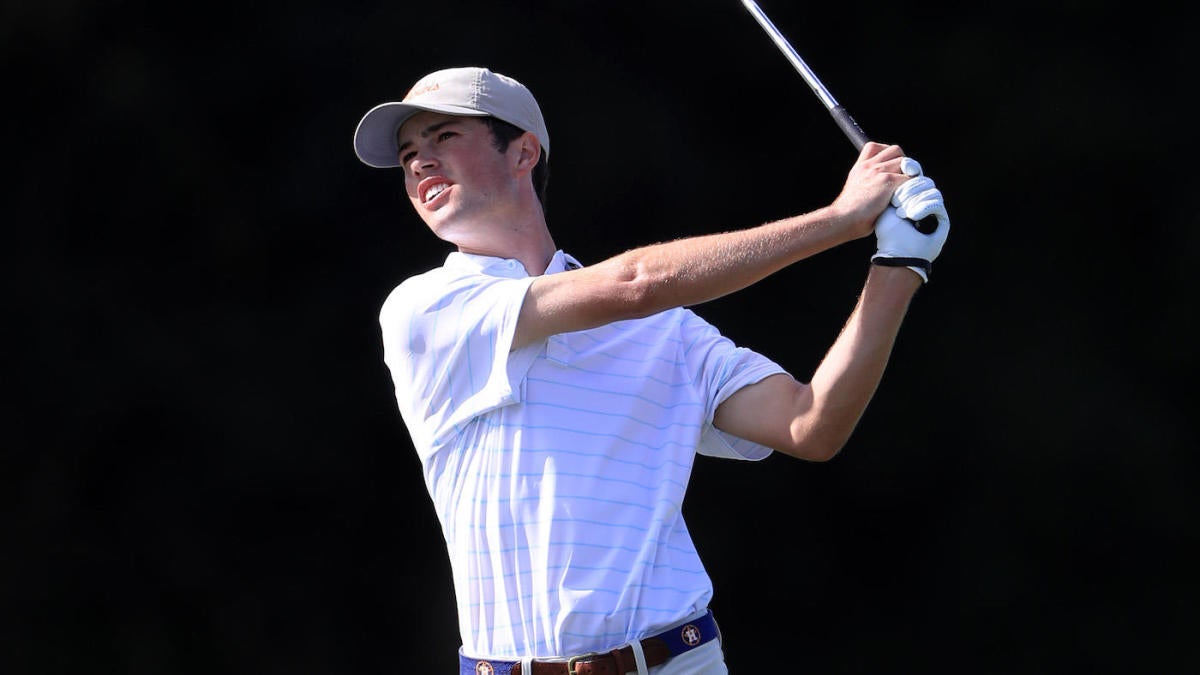 Amateur Cole Hammer’s 67 in the first round of the 2019 Houston Open on Thursday didn’t tell us anything we didn’t already know. What it did was simply confirm a trajectory: that Hammer is next up in the American assembly line of world-class talent at the amateur level that turns pro and finds eventual success.

Hammer has been in the spotlight for longer than most. He debuted at the 2015 U.S. Open at Chambers Bay when he was 15 years old but at the time he looked about 12. Four years later, he’s taken down Matthew Wolff in match play at the NCAAs, won a Walker Cup and become just the 19th American to reach No. 1 in the World Amateur Golf Rankings. The other 18? You may have heard of a few of them. The list includes names such as Jordan Spieth, Patrick Cantlay, Rickie Fowler, Collin Morikawa and Maverick McNealy.

Reaching a specific ranking does not, of course, guarantee success — and neither does the career Hammer has had to this point — but the pedigree with Hammer is strong. And he speaks like the successful pro I believe he’ll one day be.

“I think that was my mistake at the U.S. Open,” Hammer said of his expectations four years ago at Chambers Bay. “I was like, ‘All right, just try to make the cut maybe.’ Obviously it would be nice to make the cut, but I’m trying to win the tournament. I don’t show up at a tournament if I’m not trying to win, so that’s my mindset.”

The baby-faced Houstonian has already spent more weeks as the best amateur in the world than Hideki Matsuyama, Viktor Hovland and Spieth, and he has several others — including 2016 Masters champ Danny Willett — in his sights.

He showed why on Thursday with the 67 he carded. It left him a few strokes off the lead but squarely in contention in just his second-ever PGA Tour start.

“I was a little bit nervous at the beginning of the round and then kind of settled down and was able to roll in some putts, and it was a great start,” said Hammer. “Just what I wanted.”

It’s been said a million times, but the gap between elite amateur and successful pro has shrunk (and might still be shrinking). For Hammer and others, this is about mindset as much as it is about their game.

“There wasn’t really any doubt in my mind that Matt [Wolfff] or Collin [Morikawa] could come out and win right away,” said Hammer. “I’ve played with … pros over the last few years, and the top amateurs, there’s just not a whole lot of difference.

“Guys aren’t scared anymore to come out and play with these PGA Tour players, and Matt and Collin obviously showed that right away. Joaquin Niemann’s killing it as well. It’s cool to see these guys play well, and obviously I’ve played with them a bunch and I’ve had some success against them. I think sure, it gives me confidence, but it’s not confidence that I haven’t had before. I’ve always known that the top amateurs have a great chance against these guys. Yeah, I’m not really surprised.”

So you might not yet know the name — it’s a great professional sports name, by the way — but you should get to know the game and the story. Cole Hammer’s entire golf life has always pointed toward him making the next (and maybe hardest) leap from elite amateur to elite pro. Thursday was a tiny checkpoint in that journey in what is now a long line of them over the course of his terrific career.