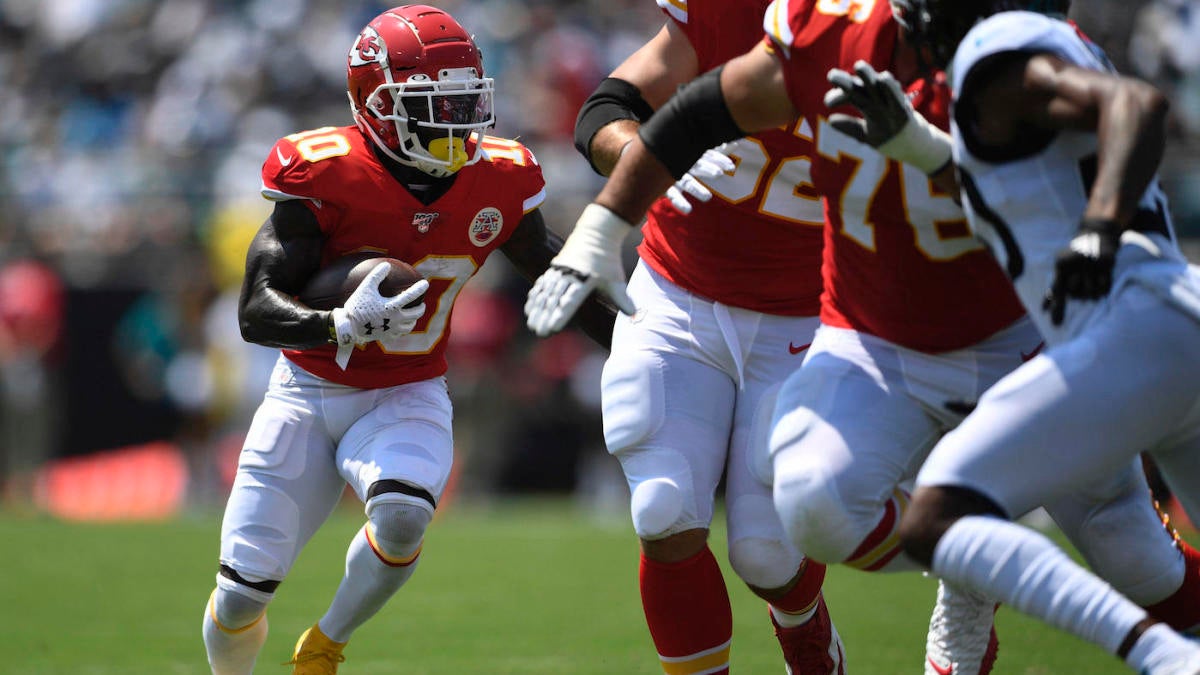 Kansas City Chiefs wide receiver Tyreek Hill is getting close to returning to the field, and we may know by the end of the day Friday if he will suit up this week against the Houston Texans.

During an appearance on “Good Morning Football,” Ian Rapoport of the NFL Network said that there is “optimism” that Hill could play on Sunday.

“Similar to the Sam Darnold situation, feelings are one thing, but tests and scans are another thing,” Rapoport said. “They are going to scan the bone, make sure that it has healed properly, make sure it’s safe for him to be out there.”

Darnold missed four weeks with mono, and the New York Jets had to make sure their quarterback was fully cleared medically before he took the field again.

Hill returned to the practice field on Oct. 2, but missed the Chiefs’ Monday night matchup with the Indianapolis Colts, when Kansas City suffered its first loss of the season.

The three-time Pro Bowl wideout left the season opener against the Jacksonville Jaguars early after a hard tackle made by Jalen Ramsey.

Hill was carted off the sideline and into the locker room for evaluation by the Chiefs’ medical staff. He was then transported to a local hospital for further tests. He did not fracture his collarbone, but did suffer a sort of dislocation.

“He had a sternal clavicular joint injury, which is where your clavicle comes out of your sternum,” Chiefs head athletic trainer Rick Burkholder said in a statement. “He’s being treated [at the hospital] to reduce the dislocation of the injury.”

The following week, it was reported that Hill would miss around four to six weeks. The Chiefs opted not to place him on injured reserve, with the belief that he wouldn’t have to miss an extended amount of time.

Hill put up career numbers across the board in 2018, recording 87 catches for 1,479 yards and 12 touchdowns. Patrick Mahomes has passed for just one touchdown over the past two games, and bringing Hill back into the fold should again make this offensive attack one of the best in the NFL.