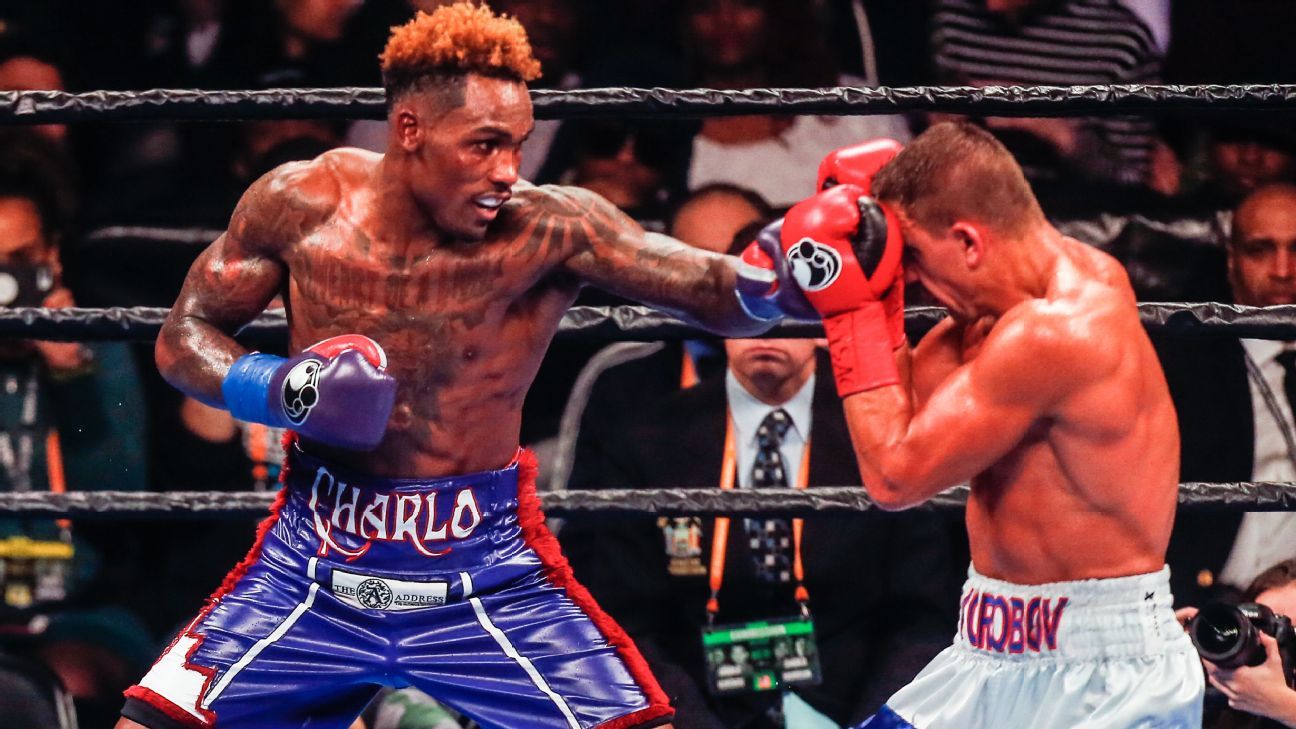 Middleweight world titlist Jermall Charlo will make his second defense against Dennis Hogan on Dec. 7 in the main event of a Showtime-televised card, Premier Boxing Center announced on Friday.

The fight will take place at Barclays Center in New York, with the fighters scheduled to appear at a news conference on Wednesday in New York.

Charlo (29-0, 21 KOs), 29, of Houston, held an interim title, which he defended once before he was elevated to the WBC’s full 160-pound belt holder after Canelo Alvarez was stripped in June. Charlo made his first defense by near-shutout decision against “The Contender” reality series winner Brandon Adams on June 29 in a homecoming fight at NRG Arena in Houston.

Charlo will be returning to Barclays Center, where he fought three times in a row before facing Adams.

Hogan (28-2-1, 7 KOs), 34, an Ireland native fighting out of Australia, will be competing in his second world title fight in a row.

On April 13 in Monterrey, Mexico, Hogan gave junior middleweight world titlist Jaime Munguia all he could handle, but Munguia was awarded a disputed majority decision in a fight two judges had for Munguia 116-112 and 115-113, while the third judge scored the fight 114-114.

Hogan’s team protested the decision and sought an immediate rematch, but it was not granted. So Hogan is moving from 154 pounds up to 160 pounds to challenge Charlo.