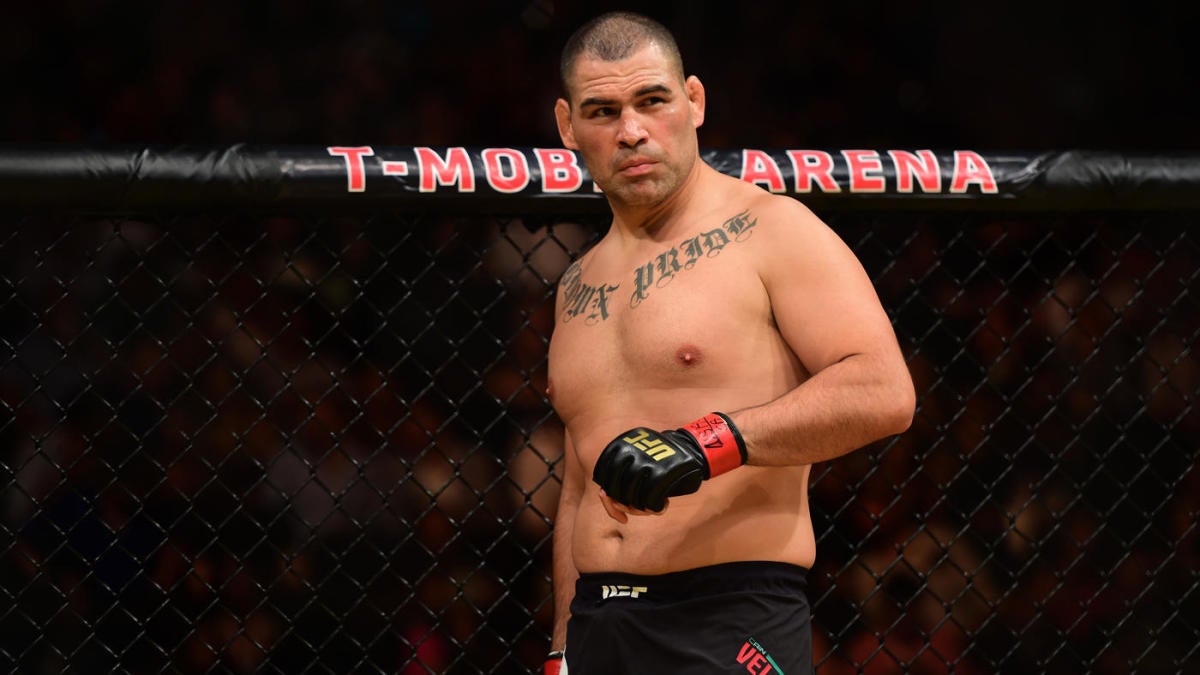 Velasquez, the two-time UFC heavyweight champion whose never-ending streak of injuries prevented him from fulfilling his potential as the greatest fighter the division has ever seen, will officially never get that chance. Not after a report from ESPN’s Marc Raimondi revealed Velasquez, 37, signed a multiyear deal with WWE and notified UFC of his retirement.

Although UFC has yet to comment publicly or confirm the news, Velasquez was removed from the promotion’s heavyweight rankings and also withdrew himself from UFC’s USADA drug-testing pool.

Seeing Velasquez find new life and financial prosperity in the more forgiving world of sports entertainment is certainly not a bad thing. Especially not after he proved to be a natural in terms of the physicality of pro wrestling after two impressive 2019 matches with the Mexican promotion Lucha Libre AAA Worldwide, including one at New York’s Madison Square Garden Theater.

There was also nothing wrong with Friday’s appearance by Velasquez at a WWE press conference in Las Vegas in which he took part in a staredown with Lesnar, the current WWE champion, to promote their Oct. 31 wrestling match in Saudi Arabia at WWE Crown Jewel (despite some cringe elements to the overall presentation, which also included lineal heavyweight boxing champion Tyson Fury).

Still, even with the fun matchmaking idea of a scripted “rematch” against Lesnar of their 2010 UFC title bout, the words that most came to mind after Friday’s events for those who followed Velasquez’s mixed martial arts career so close are unavoidably “what if.”

A native of Salinas, California, Velasquez was never considered all that big by UFC heavyweight standards at just under 6-foot-2. As WWE producers will soon find out, the former two-time All-American wrestler at Arizona State was also never a gifted showman or self promoter inside the Octagon when handed a microphone.

But Velasquez was the most complete heavyweight UFC has ever seen with distinct advantages in wrestling and cardio that would make him a betting favorite in his absolute prime against anyone who ever stepped foot in the Octagon. Yes, I know how bold of a statement that actually is but think about it for a second.

The obvious problem is that Velasquez’s prime never hung around long enough and was robbed from beginning with the crowning achievement of his career when he topped Lesnar at UFC 121 to win the heavyweight championship (while tearing the rotator cuff in his right shoulder in the process and missing the next 13 months).

From his shocking 64-second knockout loss to Junior dos Santos in his first title defense in 2011 (while hiding injuries) through his second and final win over JDS in their 2013 trilogy bout, Velasquez’s bad luck was a constant theme. It only got worse when a torn meniscus kept him out for an additional 19 months heading into his one-sided submission loss to Fabricio Werdum in the altitude of Mexico City in 2015.

Given that heavyweights age later than any other division and that Velasquez was still just 31 when he lost the UFC title for the second time, there remained an impenetrable optimism that he would one day make a complete return and become everything he was expected to be.

Even after subsequent layoffs of 13 and 31 months that followed, sandwiched around a 2016 knockout of Travis Browne, there was hope that Velasquez would still ride into the Octagon once again on his horse and challenge the likes of Stipe Miocic, who in Velasquez’s absence had set the record for consecutive heavyweight title defenses and was nearing G.O.A.T. territory.

The words to Velasquez’s MMA redemption song, however, were simply never written or recorded. His long-awaited return in February lasted just 26 seconds when an uppercut from Francis Ngannou sent him to a TKO loss (and yet another injury when his knee gave out while falling).

Trying to understand the frustrations of what Velasquez had to go through year after year and setback after setback as his body wouldn’t comply in letting him perform at the highest level would be futile unless you have lived it, which is why it’s hard to do anything but applaud Velasquez on his new venture. Moving from MMA to the world of pro wrestling is a natural one and Velasquez surely doesn’t look out of place among predecessors like Ken Shamrock, Lesnar and Ronda Rousey who have done so successfully.

That doesn’t make it easier to swallow that we never saw “Cardio Cain” get a shot at proving whether he really was the best heavyweight and worthy of adulation above the likes of Miocic, Randy Couture, Fedor Emelianenko and Daniel Cormier, who let’s not forget altered the path of his career by cutting to light heavyweight in order to avoid Velasquez, his teammate and friend, whom DC regularly admitted had consistently dominated him in practice.

The Cain Velasquez Era that ultimately never was in UFC history is officially over.

The man who was twice heavyweight king has officially given up his pursuit of the crown in order to entertain crowds in a scripted environment where familiar themes of heartbreak and “what could have been” can be strategically erased with one stroke of the booker’s pencil for the sake of great storytelling.

Sadly, Velasquez’s UFC story will forever remain incomplete and a bit of a tragic tale about what could have been.