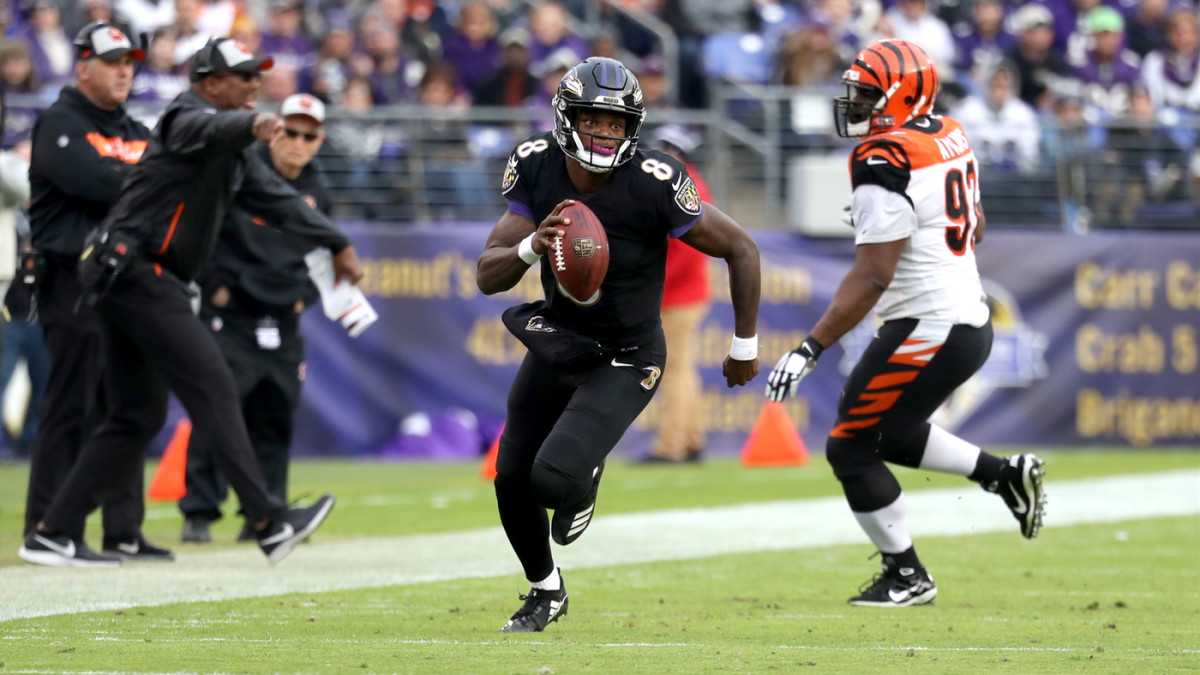 Lamar Jackson and the Baltimore Ravens shook off their two-game losing streak by gutting out a gritty road victory over the Pittsburgh Steelers in Week 5. On Sunday, Jackson and the rest of the AFC North division-leading Ravens will host a Cincinnati Bengals team that is still in search of their first victory of the season.

With a 3-2 overall record and a 1-1 record within the division, the Ravens have a one-game lead over the Cleveland Browns and a two-game lead over the Pittsburgh Steelers in the division standings entering Sunday’s game. Cincinnati, under first-year head coach Zac Taylor, is one of four NFL teams still in search of its first win entering Week 5. The Bengals were competitive in three of their first five games, however, as Cincinnati played the Seattle Seahawks, Buffalo Bills and the Arizona Cardinals tough before falling short in each contest.

Baltimore is an 11-point favorite heading into Sunday’s game. The all-time series, which began in 1996, is currently deadlocked at 23 wins apiece.

This is not your big brother’s Ravens team. Baltimore, a team notorious with defense, currently boasts the NFL‘s highest-scoring offense — averaging over 32 points per game. The Ravens’ defense, however, has taken its lumps this season. They are currently 22nd in the NFL in scoring and 28th against the pass, a stat Andy Dalton and the Bengals’ ninth-ranked passing attack. Baltimore has been formidable against the run, however, allowing an average of just 90.2 yards per game entering Sunday’s contest.

Jackson, who now has a 9-4 career mark as an NFL starter quarterback, is off to a strong start this season, as he is currently second in the NFL with 11 touchdown passes. He’s also second on the Ravens to Mark Ingram in rushing with 608 yards with a 6.2 yards per carry average. While Jackson has gained a quick rapport with rookie wideout Marquise Brown (21 catches for 326 and three touchdowns), his main target thus far has been tight end Mark Andrews, who leads the Ravens with 28 receptions while recording 311 receiving yards and three scores. Baltimore will face a Cincinnati team that is ranked 30th in total defense heading into Sunday’s matchup.

With A.J. Green still on the mend, and with fellow wideout John Ross now on IR , the weight of Cincinnati’s passing game continues to fall on the shoulders of Tyler Boyd, a 2016 second-round pick who is off to the best start of his career. Boyd, who leads the Bengals with 37 catches and 406 yards, will likely be guarded by Baltimore cornerback Marlon Humphrey, who recorded a key forced and recovered fumble near the end of the Ravens’ Week 5 victory over Pittsburgh. A key in this game will be whether or not the Ravens will be able to get to Dalton, who has been sacked a whopping 20 times this season. Baltimore’s defense has not been great at getting to the quarterback this season, as their nine sacks so far are currently tied for the 24th highest total in the NFL.

While Bengals kicker Randy Bullock has had a solid start to this season, the Ravens have a special teams advantage in kicker Justin Tucker, who has made all 10 of his field goal attempts thus far.

While the Bengals will give them a fight, a depleted receiving corps, and poor offensive line are two things you don’t want on your resume when playing in Baltimore. The Ravens’ defense should be able to hold Dalton and company in check while putting Jackson and the rest of Baltimore’s offense in favorable positions throughout the day. Expect a big day from Ingram, who should receive a steady diet of carries against the Bengals’ 31st ranked run defense.