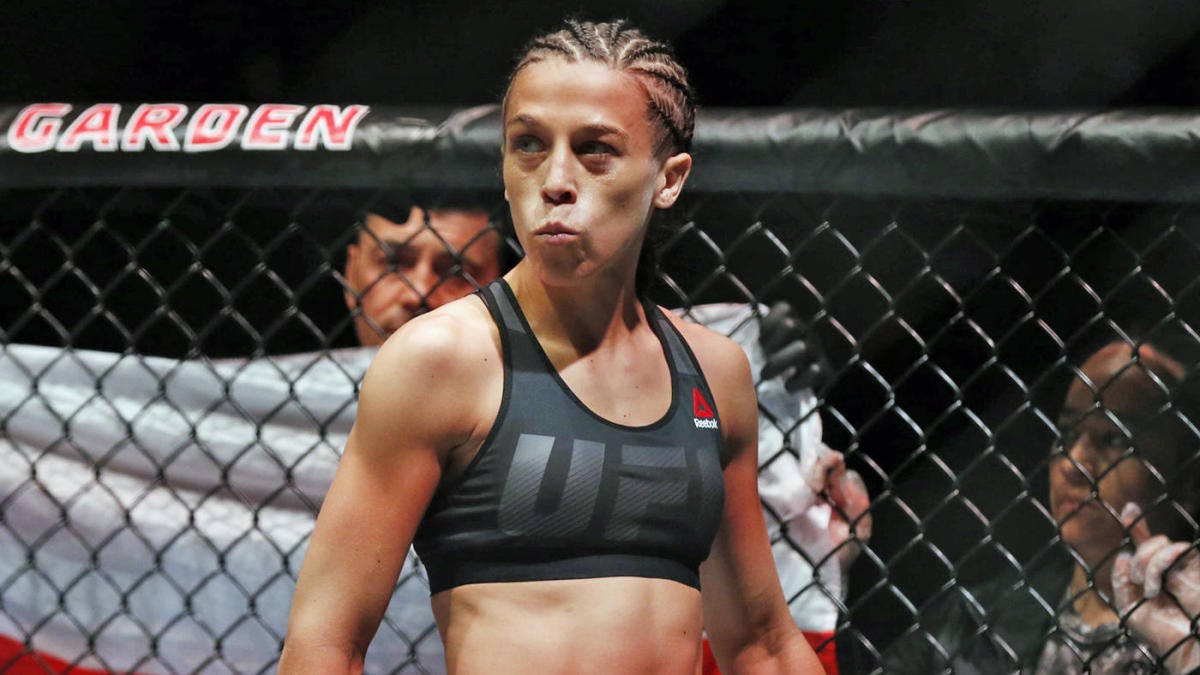 A battle of top-10 women’s strawweight contenders takes center stage Saturday in the main event of UFC Fight Night 161 as Joanna Jedrzejczyk and Michelle Waterson meet in the octagon. The 13-bout event takes place at Amalie Arena in Tampa, with the main UFC Fight Night 161 card scheduled for 8 p.m. ET. There were reports that the fifth-ranked Jedrzejczyk (15-3) told the UFC that she would be unable to make weight, but the Polish former champion announced Wednesday on social media that she intended to continue to cut weight and still plans on holding up her end of the main event. The seventh-ranked Waterson (17-6) has gained momentum behind a three-fight win streak and could position herself for a potential title shot with another victory. Jedrzejczyk is a -380 favorite (risk $380 to win $100), while Waterson is priced at +315 in the latest Jedrzejczyk vs. Waterson odds. In the co-main event of UFC Tampa, Kron Gracie (-175) faces Cub Swanson (+155) in a featherweight bout. Before you make your UFC Fight Night 161 picks, be sure to see the MMA predictions from SportsLine handicapper Kyle Marley.

Marley won the first-ever “ToutMaster” UFC betting contest sponsored by MMAOddsBreaker and is in contention to win this year’s contest. He also appears regularly on multiple MMA betting and DFS shows. Over the past year, $100 bettors who have followed Marley’s picks are up nearly $21,000.

Just last week at UFC 243, Marley told SportsLine members that Israel Adesanya (-115) would defeat Robert Whittaker (-105) in their middleweight unification bout. He reasoned that Adesanya’s range and quickness would be too much for the sitting champion, and that’s exactly what happened as the top-ranked challenger landed a lightning-quick flurry to score a second-round knockout. Anyone who followed his advice booked an easy winner, and those who have followed consistently are way up.

Now, with UFC Fight Night 161 fast approaching, Marley has carefully studied every matchup on the card, identified the best value in the UFC odds and released his MMA picks for every single fight. He’s sharing those selections only over at SportsLine.

Marley knows that the 32-year-old Jedrzejczyk hopes to re-enter the title picture following a difficult recent stretch. She was once on the short list of the UFC’s top all-time female fighters after winning the title in March 2015 and successfully defending it five times in building a 14-0 record. But she lost the title to Rose Namajunas in November 2017 and also dropped the rematch five months later. She has split her last two bouts and is coming off a decision loss to Valentina Shevchenko in December 2018.

Jedrzejczyk is bound to face a tough challenge from the 33-year-old Waterson, who appears to be improving with every performance. The Colorado native was seen as a rising prospect before suffering back-to-back losses in 2017. Waterson has responded with three consecutive victories and dominated the action in a unanimous-decision victory over former title challenger Karolina Kowalkiewicz in March. You can get Marley’s coveted Waterson vs. Jedrzejczyk picks at SportsLine.

We’ll share one of Marley’s UFC Fight Night 161 predictions here: He is backing Gerald Meerschaert (+140) to upset Eryk Anders (-160) in a middleweight bout on the main card of UFC Fight Night Tampa.

“I like Meerschaert’s edge on the ground, and he may only need one takedown to get the win. I will lean with the underdog in this one to get the fight to the mat and work his way to a submission,” Marley told SportsLine.

Marley also has strong picks for Jedrzejczyk vs. Waterson, Gracie vs. Swanson and every other bout on the UFC Fight Night card. You can only see his picks at SportsLine.

Who wins Jedrzejczyk vs. Waterson? And how exactly does each fight end? Visit SportsLine now to get detailed picks on every fight at UFC Fight Night 161, all from the incomparable expert who’s up nearly $21,000 on MMA picks in the past year, and find out.