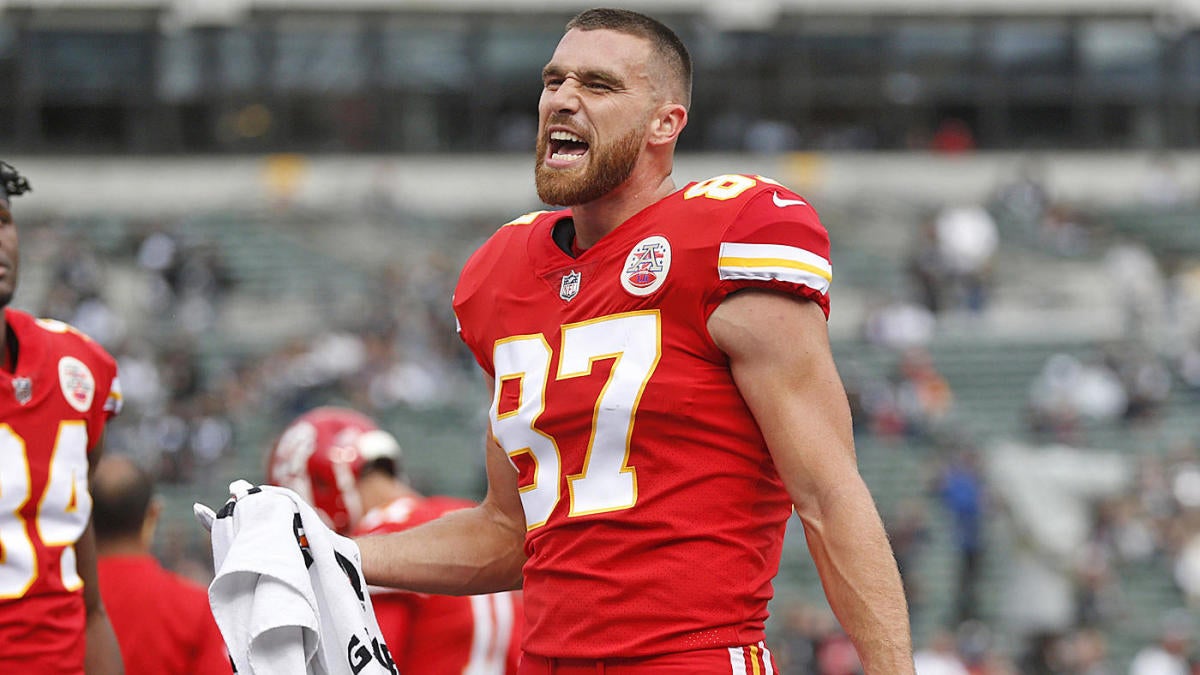 It’s not often that you see the Kansas City Chiefs get frustrated on offense, but that’s exactly what happened during the team’s 19-13 loss to the Colts on Sunday, and no one got more frustrated than Travis Kelce.

During the first half of the game, the Chiefs tight end got so upset at one point that he ended up shoving one of his coaches. As the first quarter was coming to an end, NBC cameras caught Kelce pushing Chiefs’ offensive coordinator Eric Bieniemy after the two got into a quarrel.

The fight was serious enough that the two men had to be pulled away from each other, although they did eventually hug it out.

“As far as what happened on the sideline, sometimes in football you get a little heated with your brothers or your coaches,” Kelce said Wednesday when asked about the incident, via ESPN.com.

Kelce wouldn’t reveal what led to the spat, but he did say that he immediately regretted pushing his coach.

“He’s like a father figure, in terms of being there for me on the field,” Kelce said. “We’re wired a little bit the same when it comes to our competitive edge. … It’s something immediately I regretted and I just wanted to make it good and let him know that, ‘You know what? I’m ready to rock and roll for you.'”

The shove came after a frustrating first quarter for Kelce. Over the final three minutes of the quarter, the tight end dropped two passes, including one that was actually ruled a fumble on the field before officials stepped in and overturned it following a review. After replay, Kelce’s catch and fumble was ruled an incomplete pass. According to ESPN.com, Bieniemy wasn’t happy with the drops, which led to the heated moment on the sideline.

Despite the obvious frustrations, Kelce said the two are getting along just fine now.

“We’re good,” Kelce said. “Me and Coach Bieniemy have a very close relationship. I love him. He’s helped me out tremendously as a person, as a professional and I’m sure he’ll keep doing that throughout the rest of my career. … I love the guy. That will never change. I appreciate him being on my tail to get me going.”

Although Bieniemy seems to be over the incident, he did agree that you should never put your hands on a coach.

“That goes without saying,” Bieniemy said Thursday, via SI.com. “But when it’s all said and done with, we keep it moving. Trav is a hell of a kid. He’s a great kid, he’s a beautiful kid. Those things happen. We continue to roll.”

Even though Bieniemy wasn’t happy about the shove, he did say that it’s time to move on.

“Now, for whatever reason, whatever happened took place,” Bieniemy said. “At the end of the day, we keep it moving because we got other bigger fish to fry. We’ve got an opponent that we need to go out and play against this week and that’s the focus, that’s the mindset.”

After being held to just 13 points against Indy, the Chiefs will try to kickstart their offense on Sunday when they host the Texans. The Chiefs scoring total against the Colts was their lowest offensive output of the Patrick Mahomes-era and their lowest overall total in a regular season game since November 2017 when they scored just 10 points in a game against the Bills.