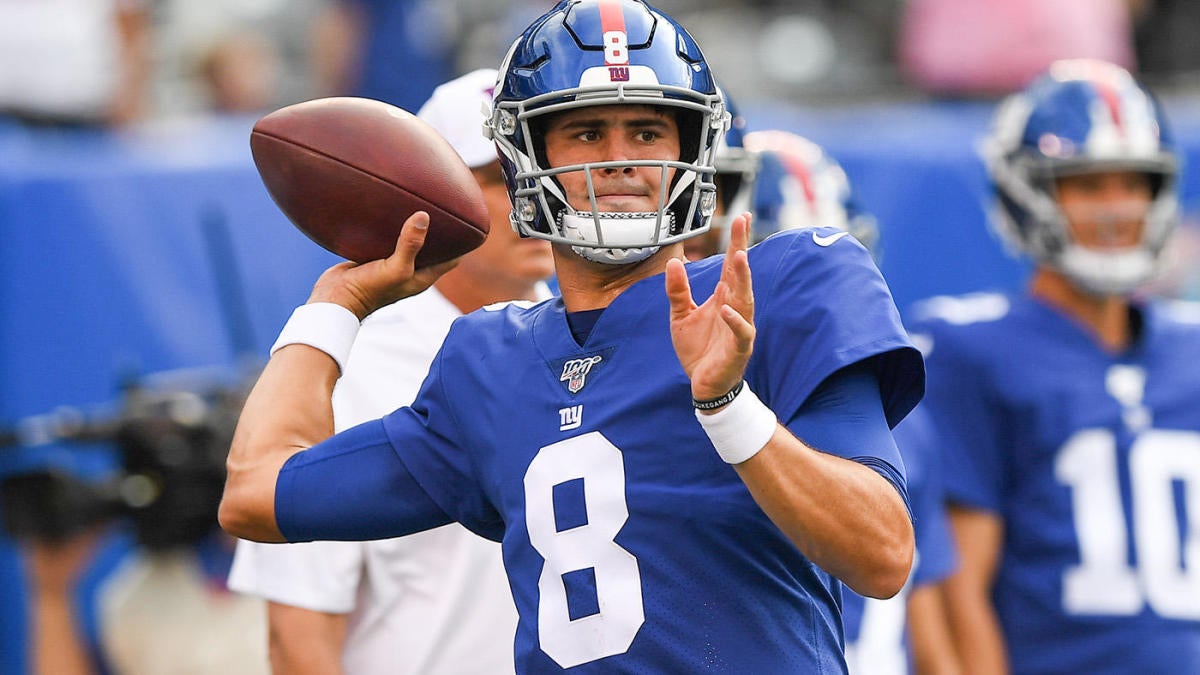 The short-handed New York Giants travel to Foxborough for Thursday Night Football against the undefeated and defending Super Bowl-champion New England Patriots. Kickoff is at 8:20 p.m. ET from Gillette Stadium. New York, which has gotten a spark from rookie quarterback Daniel Jones, will try to spring the monumental upset without injured running backs Saquon Barkley (ankle) and Wayne Gallman (concussion), tight end Evan Ingram (knee) and wideout Sterling Shepard (concussion). Sportsbooks list New England as a 17-point favorite in the latest Giants vs. Patriots odds, while the over-under for total points scored is 42.5 after falling as low as 41. Before you make any Patriots vs. Giants picks, see the Thursday Night Football predictions from SportsLine’s No. 1 NFL expert, Larry Hartstein.

A former lead writer for Covers and The Linemakers, Hartstein combines a vast network of Vegas sources with an analytical approach he honed while working for Pro Football Focus. He went 61-47 on NFL picks last season, and this year he’s even hotter.

Now, Hartstein has analyzed every betting angle for Giants vs. Patriots on Thursday Night Football and locked in another strong against the spread pick. He’s sharing it only at SportsLine.

Hartstein knows Brady, who threw for 348 yards and three touchdowns in last week’s 33-7 win at Washington, could light up a Giants defense that allows 409.4 yards per game, third-most in the NFL. New England just covered a similarly massive spread versus the Redskins and is now 8-1 against the spread in the past nine games in which they’ve been favored by at least two touchdowns.

Giants rookie quarterback Daniel Jones got a reality check in last week’s 28-10 home loss to the Vikings and could be in for another long day against the Patriots’ top-ranked defense. New England, which allows just 238.4 yards and 6.8 points per game, has yet to allow any opposing quarterback to complete a touchdown pass.

But just because New England looks like a juggernaut and is playing at home doesn’t mean it will cover the Giants vs. Patriots spread on Thursday Night Football.

Hartstein also knows the Giants averaged 28 points in Jones’ first two starts, wins over the Buccaneers and Redskins. And despite the injuries, Jones has plenty of confidence in rookie speedster Darius Slayton and veteran receiver Golden Tate. Slayton has caught nine of 12 targets for 157 yards, averaging a whopping 17.4 yards per catch. Shepard’s absence means Golden Tate will dominate snaps in the slot, where he’s most effective. Since 2014, Tate leads the NFL with 2,736 yards after the catch.

History and several striking trends also favor the Giants covering. New York has won three of the past four meetings outright, and the G-Men are an eye-popping 8-1 against the spread in their last nine road games. They also have covered five straight games following a double-digit loss at home.

We can tell you Hartstein is leaning under, but his much stronger play is against the spread. He’s found a crucial x-factor that has him going big on one side. You can only see it at SportsLine.