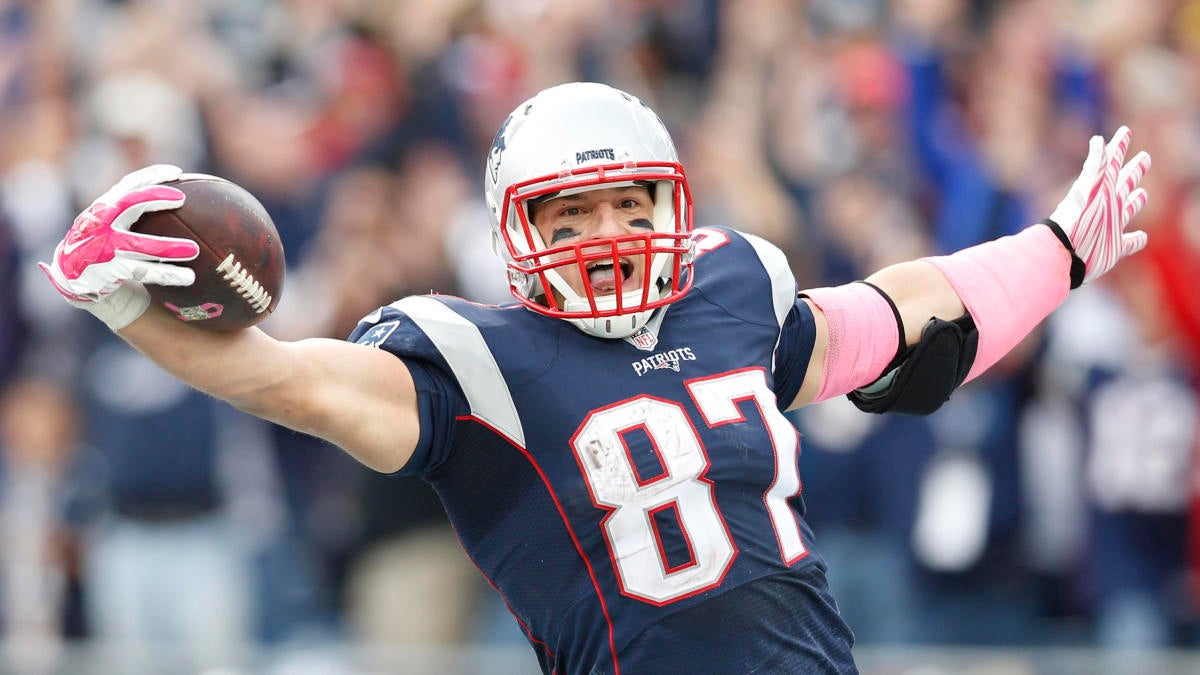 FOXBOROUGH, Mass. — As the Patriots are suiting up to take on the Giants on Thursday Night Football, former tight end Rob Gronkowski is suiting up too. His game day attire now, however, comes with a tie instead of a helmet since he’s joined FOX Sports’ NFL coverage as an analyst.

But could Gronk’s broadcasting career be pushed down the road a bit in a similar fashion to Jason Witten and Jay Cutler? Well, Patriots owner Robert Kraft isn’t saying that definitely won’t be the case.

“We all love Gronk and I think the bottom line is, he hasn’t put his retirement papers in, “Kraft said during his appearance on the NFL Network pregame show.  “We can pray and hope. … I think that’s a good academic argument that there is hope with Gronk.”

So, you’re telling me there’s a chance?

“I’d have to be feeling it big time to comeback, it’s always going to be open in my mind,” Gronkowski said following Kraft’s comments as he made his FOX debut in New York City. “I love the game of football, I love playing the game, I love being around the game. I even love watching the game … I’ll always keep the door open.”

The five-time Pro Bowl tight end announced his retirement back on March 24 and the team has since put him on the reserve/retired list. If he did want to come out of retirement, he would be under the Patriots’ control. Gronk would also have to come to that decision in the coming weeks as New England has until Week 13 to activate him off of the reserve/retired list or any talk of a potential comeback will be caput.

As part of his announcement earlier this year that he was partnering with CBDMEDIC, Gronkowski also left the door open for a potential return and again said he will need to feel that desire to get on the field.

Gronk was very emotional during that press conference and noted the physical hardships of playing in the NFL and the abuse his body went through.

He continued: “I needed to walk away cause I needed to do what was best for myself at that moment. I truly needed to be selfish for once in my life and walk away.”

That said, Gronkowski is seeming not ruling out a return and neither are Robert Kraft and the Patriots.