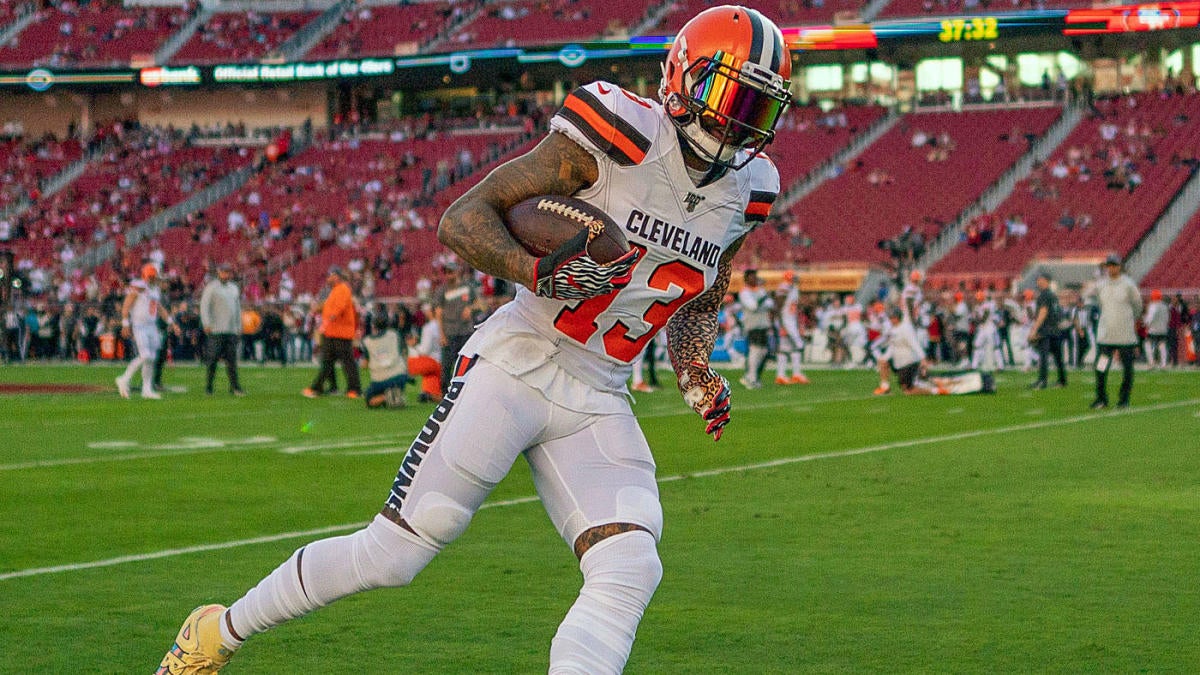 Odell Beckham isn’t demanding the ball or throwing tamper tantrums on the field, but that doesn’t mean the Cleveland Browns wide receiver can’t be frustrated over what’s happening in Cleveland. The Browns are 2-3 after being picked as a trendy Super Bowl team, despite not reaching the playoffs since 2002. Baker Mayfield has experienced a sophomore slump and Cleveland’s offense is 25th in the NFL in scoring and 23rd in yards, thanks to a poor offensive line that can’t develop enough time for the franchise quarterback.

Beckham has just four catches for 47 yards over the last two games and doesn’t have a touchdown since Week 2. Based on Beckham’s history, frustration would start to mount over the lack of targets. That’s not the case in his new surroundings, at least not according to him.

Beckham hasn’t had a stretch in his six-year career like the one he’s gone through his last two weeks. He has just 23 catches for 335 yards and a touchdown this season, averaging 14.6 yards per catch. He’s on pace for 74 catches for 1,072 yards and three touchdowns, low numbers for him if he plays all 16 games.

Beckham is just looking for opportunities to contribute, admitting he asked to field the punt return in the fourth quarter of Monday’s loss to the 49ers. Beckham fumbled the return trying to make a play, which the 49ers turned into a field goal, but the game was out of hand at that point.

Clearly Beckham wants to help the Browns win football games. Getting out his own funk is important, but he’s not pushing the envelope for more targets.

“Just gotta keep working,” Beckham said. “Like I said, just make it happen. Whatever opportunities you get, you make the most of them, and that’s really it. That’s all you can do at the moment.”

The Browns need to find ways to get Beckham more opportunities based on what they invested in him both against their future salary cap and by trading away key draft picks and former starting safety Jabrill Peppers.