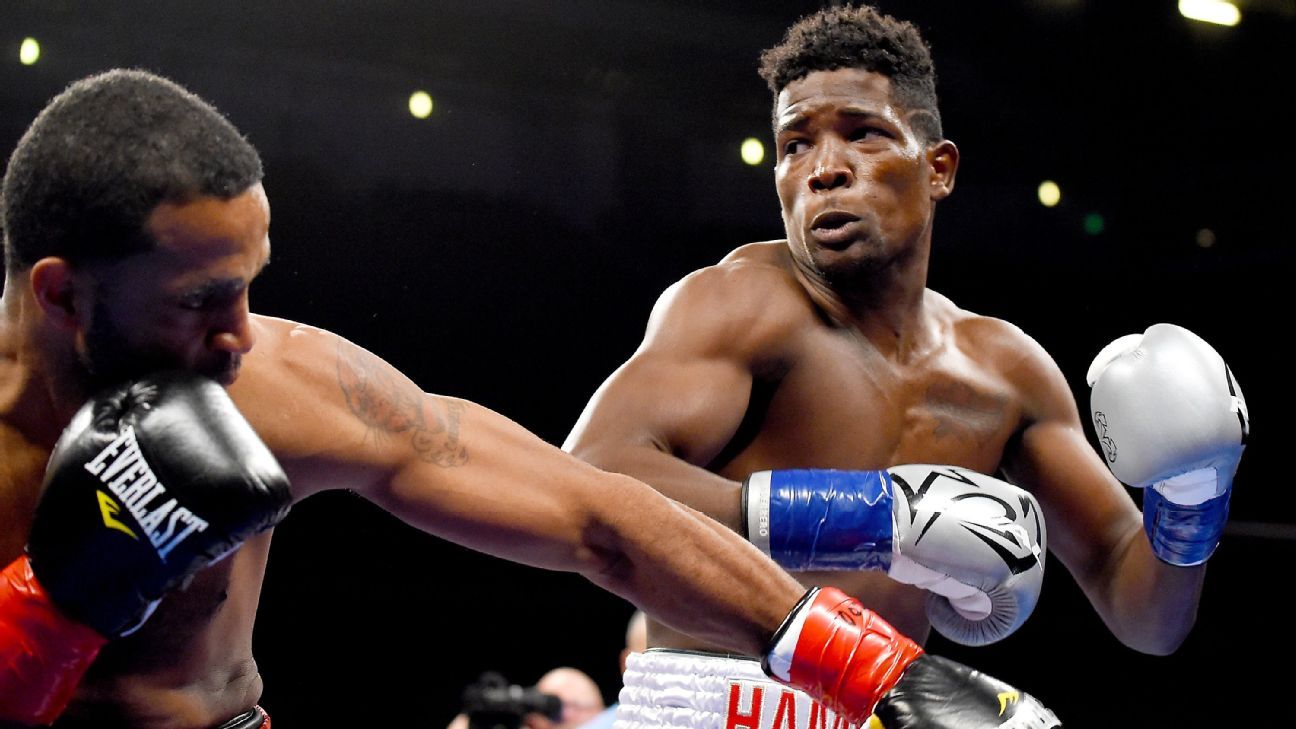 Showtime’s Premier Boxing Champions card on Oct. 26 has undergone a radical change with a main event fighter dropping out and the opening bout of the tripleheader being replaced entirely.

Lubin (21-1, 16 KOs), 24, of Orlando, Florida, was initially scheduled to face Terrell Gausha, a 2012 U.S. Olympian and former world title challenger, in a 12-round world title elimination fight. Now he will instead face Gallimore in a 10-round bout after Gausha withdrew because of a hand injury.

“It’s unfortunate that Gausha had to pull out, because I was really looking forward to that fight,” said Lubin, the 2016 ESPN prospect of the year. “Now I’m facing Nathaniel Gallimore, who is a very good fighter, whose only losses are to top-level guys. I’m expecting a very difficult fight, one that will be explosive for the fans, but one I know I will win. It’s my time to show the world I’m ready to be back on top of the division.”

Gallimore (21-3-1, 17 KOs), 31, a Jamaica native fighting out of Chicago, lost both of his fights in 2018 — a title eliminator by decision to Julian “J Rock” Williams and an eight-round decision to Patrick Teixeira. Gallimore rebounded with an eight-round split decision victory over novice professional Antonio Todd on Aug. 4.

“I’m approaching this like any other big fight that was in the works for a long time,” Gallimore said. “I’ve been waiting for this moment in my career for a while. This is a stepping stone that can take me where I want to go. Lubin’s a pretty good boxer-puncher. He was on the rise for a moment, and I knew about him coming up. It’s going to be a great fight. I’ll make any adjustment in the ring to capitalize on what I need to do to be victorious that night.”

The original opening bout was supposed to be a bantamweight world title eliminator between former 118-pound world titleholders Rau’shee Warren and Emmanuel Rodriguez. However, Warren was forced to withdraw after suffering an injury to his right hand in a recent sparring session, and the fight was canceled.

Ajagba, 25, a 2016 Nigerian Olympian who fights out of Houston, is coming off the most notable bout of his career — a 10-round unanimous decision against 2016 Turkish Olympian Ali Eren Demirezen on July 20 on the Manny Pacquiao-Keith Thurman undercard in Las Vegas.

Mulowayi, 32, a native of the Democratic Republic of the Congo who fights out of Belgium, will be making his United States debut against by far his most formidable opponent.