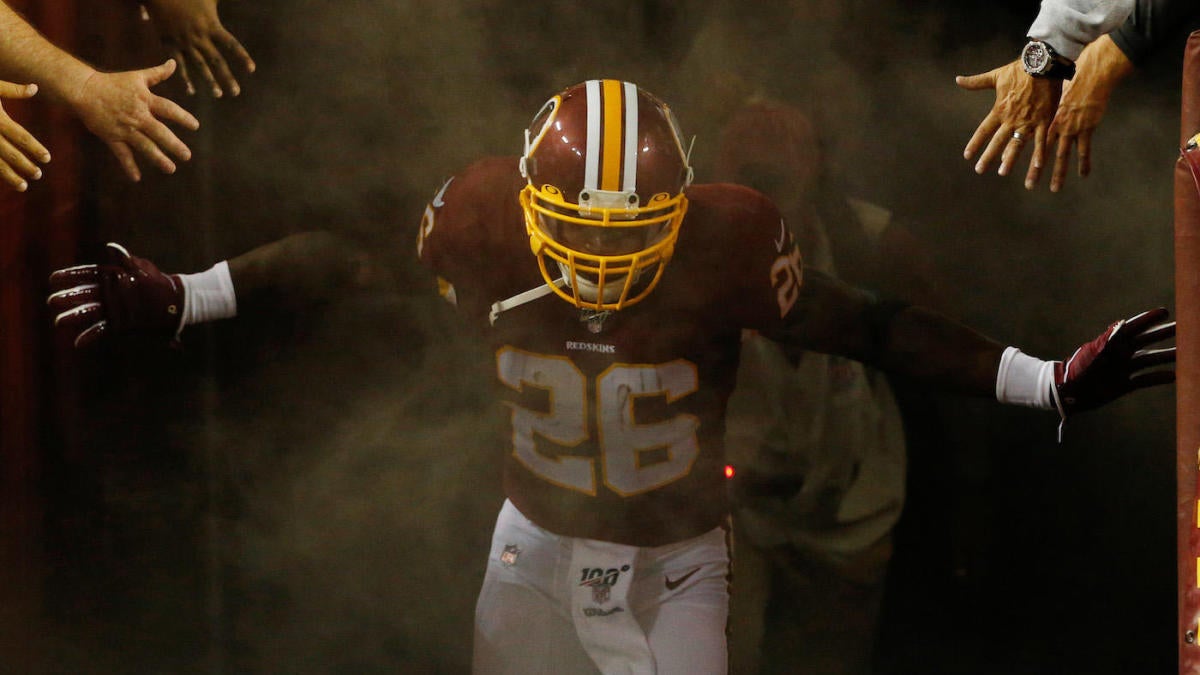 With head coach Jay Gruden now gone, the Washington Redskins are going to look different when they take the field against the Miami Dolphins on Sunday. That’s not to say they are going to rebound to finish with a winning record, but it looks like their game plan is going to change dramatically. The one who stands to gain the most from the promotion of offensive line coach Bill Callahan to interim head coach is running back Adrian Peterson.

The 34-year-old was a healthy scratch in the season opener against the Philadelphia Eagles, and he has rushed for just 108 yards and one touchdown over the past four weeks. While Peterson was the most effective offensive weapon the Redskins had in 2018, Gruden didn’t appear motivated to get the future Pro Football Hall of Famer into a rhythm this season. Without Derrius Guice healthy, the former head coach didn’t seem to care about getting the run game going in general. Callahan believes in Peterson, and he plans on giving him the opportunity to put up season-high numbers against the Dolphins in Week 6.

According to Matthew Paras of the Washington Times, Peterson says that the Redskins had their best week of practice since he’s been here and that some of the new things they’ve done remind him of his time with the Minnesota Vikings and New Orleans Saints.

Overall, Peterson says he’s “hyped” about the Redskins’ decision to recommit to the run.

Peterson rushed at least 24 times in four games last season. Callahan had been pushing for the Redskins to run the ball more over the past few weeks, and now that he’s in charge, Peterson could be due for a big game against the winless Dolphins.

Callahan holds Peterson in high respects. He made that very clear during his press conference on Thursday:

“He’s an in-between-the-tackles type runner. I don’t think that’s any secret, he’s always been an explosive runner and capable of making a lot of different cuts, a variety of cuts and has a relentless attitude in terms of pushing the ball up the field and finishing off plays. There were times where the play may be blocked for two yards and he gets five or six, and that’s what he did last year. It was amazing to see AP rush for over 1,000 yards last year with a line that was completely banged up. To his credit, what a fierce competitor, and watching him down in and down out, some of the carries that he had last year versus the competition … wow. I got total respect for that. He’s really special in that respect. So this year, yeah we haven’t had as many attempts but there were times where he has flashed pretty well. Like I mentioned the other day, we just haven’t gotten enough into a rhythm to allow him to get lathered up and to really see what he could potentially do through the duration of a game.”

Peterson may be a little older, but he proved last year that there is still some tread left on the tires. It will be interesting to see what he can do for this struggling Redskins team moving forward and it all starts with an extremely favorable matchup against the Dolphins. Peterson could be a week-saving pick for fantasy football teams in desperate need of a running back and he will be a popular DFS streamer — as he should be in this matchup.