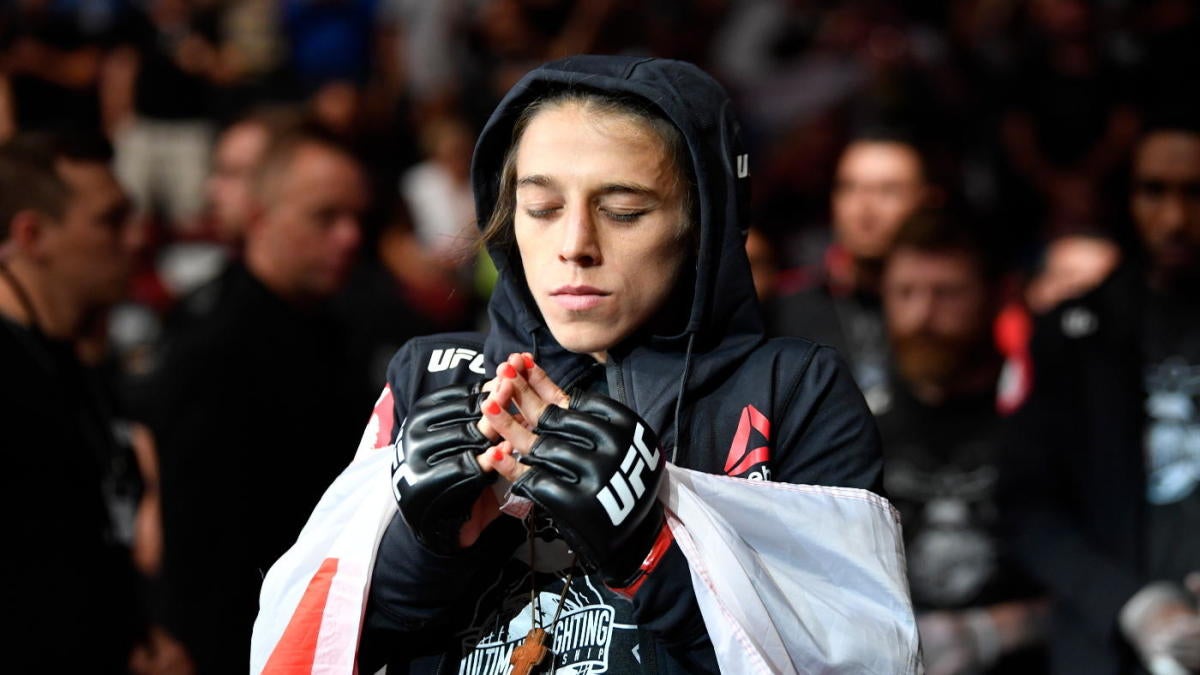 Former UFC women’s strawweight champ Joanna Jedrzejczyk has told the UFC she will be unable to make the 115-pound limit for her planned UFC Fight Night Tampa main event against Michelle Waterson, according to an initial report from Combate. Waterson is also reportedly refusing to accept a catchweight against “JJ” as well as refusing to face Mackenzie Dern or Amanda Ribas, who are set to face each other in a strawweight fight on the event’s main card.

The event, which is set to take place Saturday from Amalie Arena in Tampa, is now left with major questions for the main event. The featherweight bout between Cub Swanson and Kron Gracie could be bumped to the main event slot and there has also been talk of Angela Hill stepping in to fight Jedrzejczyk at a catchweight while Waterson would be moved off the card. Combate also reports that Waterson has been given the choice to go ahead with the Jedrzejczyk fight at a catchweight — where she would receive 30 percent of Joanna’s purse for her failure to make weight — or face Jessica Andrade at UFC 244 on Nov. 2.

The fight with Waterson marks Jedrzejczyk’s return to the strawweight division after a move to flyweight for an unsuccessful bid for Valentina Shevchenko’s championship in December 2018. She has lost three of her four most recent fights after starting her career 14-0, capturing the UFC strawweight belt and successfully defending it five times.

Waterson is riding a three-fight win streak after losing back-to-back fights with Rose Namajunas and Tecia Torres. Her recent run has her ranked No. 7 in the CBS Sports Divisional Rankings, and a win over No. 6 Jedrzejczyk could move her close to a title shot against champ Weili Zhang, who won the belt in August.