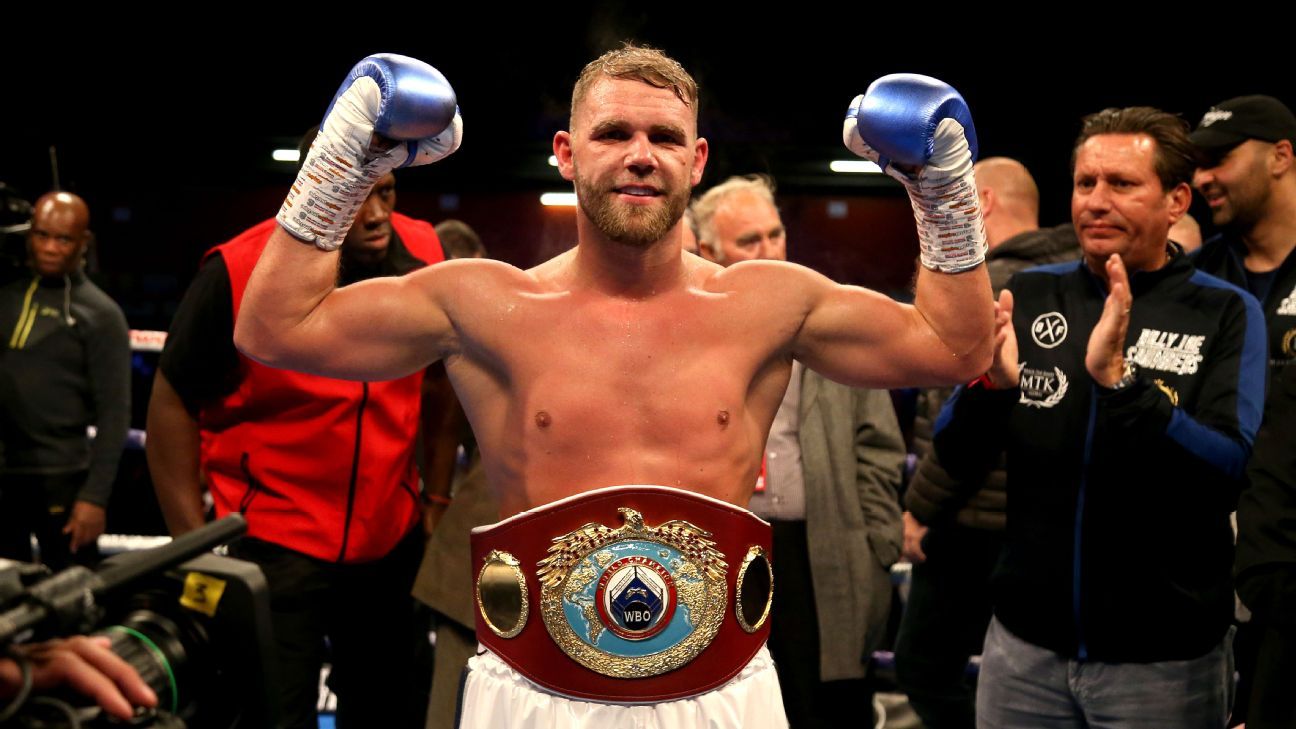 For weeks, Saunders has been ticketed to make his first 168-pound title defense on the undercard of the six-round novelty cruiserweight fight between YouTube stars KSI and Logan Paul on Nov. 9 (DAZN) at Staples Center in Los Angeles.

“I can’t wait to see Billy Joe shine stateside, and what a huge platform to do it,” said Hearn, who recently signed Saunders. “He is right in the mix for all the big fights in 2020 but he can’t slip up here. And if he can make a statement against Coceres, then I truly believe he will land a monster in the first half of next year.”

Former middleweight world titlist Saunders (28-0, 13 KOs), 30, of England, moved up in weight on May 18 and won a unanimous decision against Shefat Isufi to claim a vacant super middleweight title.

“I’m really looking forward to fighting in L.A. and making my professional American debut and my first fight under the Matchroom umbrella,” Saunders said. “Marcelo Esteban Coceres is a tough, world-class operator, an unbeaten fighter and I certainly feel the pressure to outperform him and look good on such a massive platform. Training is going very well, I just have to stay focused and get the job done.”

Saunders, a southpaw, vacated his middleweight world title last fall knowing he was going to be stripped of it following a positive test for the powerful banned stimulant oxilofrine by the Voluntary Anti-Doping Association. The positive test was returned during the lead-up to what was supposed to be his American debut in a mandatory defense against Demetrius Andrade last October in Boston.

Coceres (28-0-1, 15 KOs), 28, of Argentina, who has been a professional since 2012, will be boxing outside of his home country for the second time and outside of South America for the first time. He has a glossy record but has faced extremely low-level opposition.

The rest of the card has not been formally announced, but Hearn told ESPN that interim lightweight world titlist Devin Haney (23-0, 15 KOs), 20, of Las Vegas, will make his first defense. He claimed the vacant interim 135-pound belt by one-sided fourth-round knockout of Zaur Abdullaev on Sept. 13 in New York.