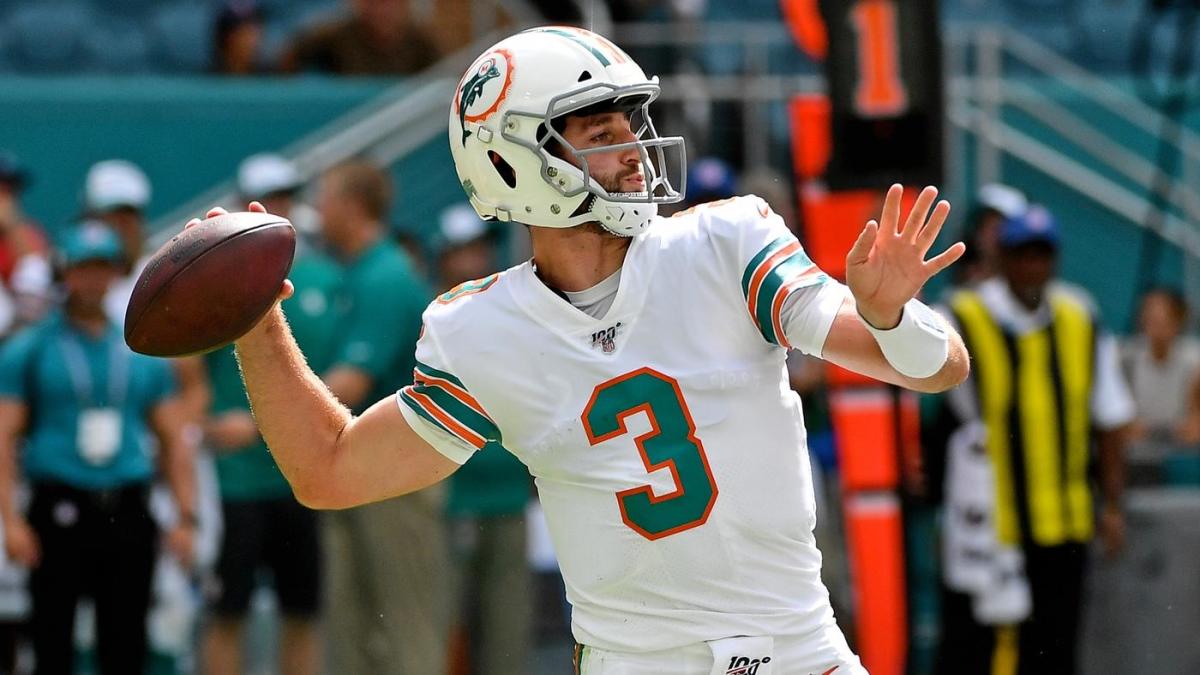 Who doesn’t like a good ole fashioned tank off, amirite? This week we have two winless teams in the Redskins and Dolphins going at it to see who’ll have the honor of having an inside track at the No. 1 overall pick with their latest L, while the other will win the battle, but not necessarily the war. Washington did their best to try to even the playing field by firing head coach Jay Gruden this week, but there may be some motivation by one difference maker on the other side that could give favor to Miami to actually get their first win of the year.

Elsewhere on the docket for Week 6, we have the Giants literally limping into Foxborough to take on the unbeaten Patriots, while the Cowboys try to get back on track after back-to-back losses to move to 3-2 on the year. Oh yeah, and the Panthers and Bucs are across the pond playing in front of the fans in London this week.

Before we get to how I think these matchups will shake out, here’s where we stand heading into Week 6.

Alright, now let’s get to the picks.

New York has next to no weapons to surround Daniel Jones with as Saquon Barkley, Evan Engram, Sterling Shepard and Wayne Gallman have all been ruled out for this contest. When you match that up with a defense that ranks No. 1 in the league in DVOA and New England’s 14-0 record at home against rookie quarterbacks since 2001, it spells a long night for the Giants. Weather is also not expected to be great, which may impact Jones even more.

There’s no denying that MInshew Mania is in full effect. While the Jaguars rookie quarterback has shown legit signs of his longterm potential, he has also looked like a first-year guy with his seven turnovers on the year, including three fumbles in Week 5. On the other side, Teddy Bridgewater seemed to have a coming-out party for the Saints in their Week 5 win over the Bucs where he threw for four touchdowns. I expect both trends to continue on Sunday with Minshew handing the ball to Bridgewater, who then puts up points.

The Cowboys are reeling after back-to-back losses to the Saints and Packers. By looking at their winless record on the year, it appears as if Dallas is getting a soft landing spot as they travel to the northeast to take on the Jets. While they certainly are not as talented as New Orleans or Green Bay, New York shouldn’t be looked at as a gimme. They have a top-10 defense in terms of DVOA and are getting second-year quarterback Sam Darnold back after he missed the previous three games due to mono. I expect this game to be a bit closer than most and will absolutely take the points to cushion my lead with New York.

Tank Bowl 2019 is here! While the winner of this game won’t exactly be the winner in the long run, it’ll be interesting to see which side can stink less. The Redskins just fired Jay Gruden and expect Case Keenum to start, but I like the spot the Dolphins are in here. They’re home and will have Josh Rosen under center once again. If I’m buying a narrative, I’d be looking at Rosen to show out, get the win and lessen Miami’s chances of getting a look at a top-tier quarterback to replace him once again.

Atlanta head coach Dan Quinn’s seat is starting to get a little hot after their 1-4 start and most recent 53-32 loss at the hands of the Texans. I simply think they are the more desperate team coming in as they are on the brink of a completely lost season and because of that will come out with a little bit more of an edge. Arizona’s defense isn’t anything too stout for Matt Ryan and company, while Kyler Murray’s offense is still trying to get its feet wet. This should be a good spot for Quinn’s squad to get back on track.