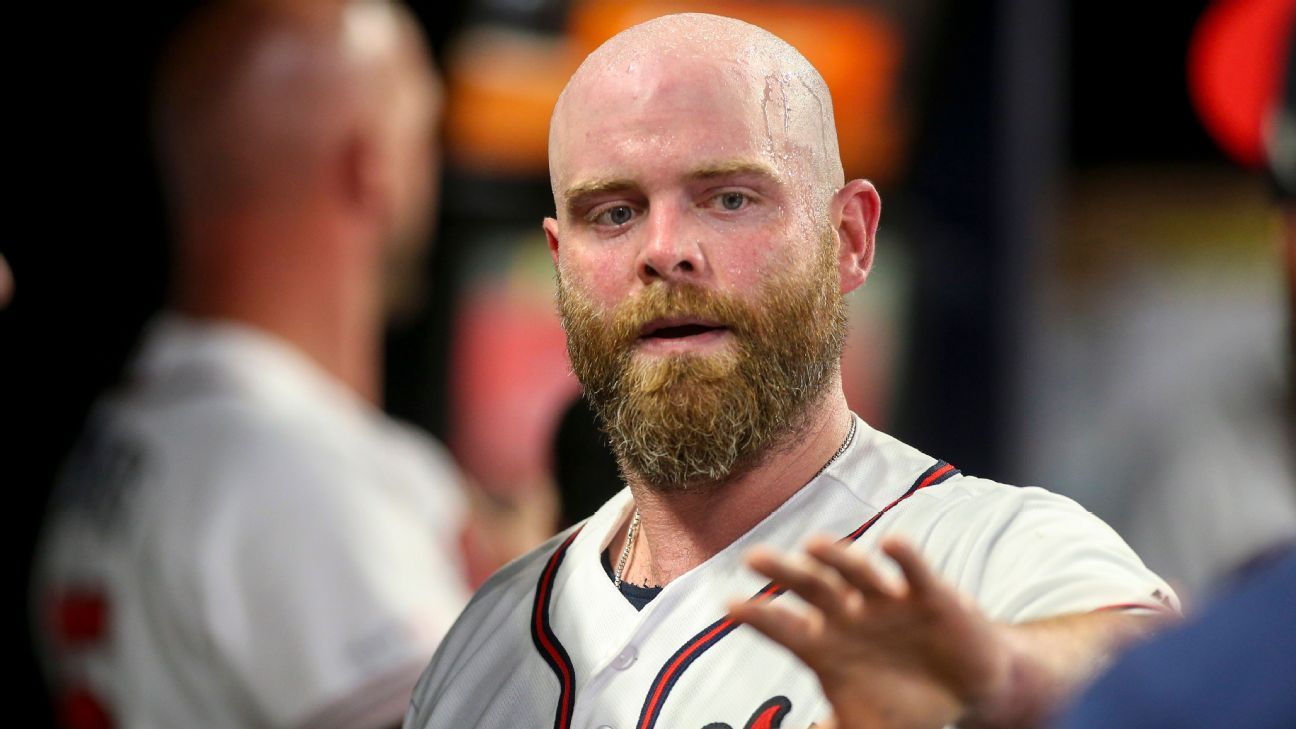 McCann, 35, revealed his plans after Atlanta’s 13-1 loss to the visiting St. Louis Cardinals in the decisive Game 5 of the National League Division Series.

“This is it for me,” he told reporters in the locker room, saying he made the decision about a month and a half ago. “I’m going to go home and be a dad and play with those kids.”

The Georgia native began his career with nine seasons with the Braves and was named an All-Star seven times before moving to the New York Yankees in 2014. He won the World Series in 2017 after a trade to the Houston Astros.

Former teammates Chipper Jones and Alex Bregman were among those who quickly paid tribute to McCann via Twitter.

To one of my favorite teammates ever…..congrats on a fabulous career! Thanks for keeping me young and keeping me from retiring a couple yrs earlier. Ur a true pro, a leader of men, a great father and a best friend! Have a great retirement, Brian McCann! Ur the best out there

Brian McCann is one of the best catchers to ever play the game but also the best dude I met in Professional Baseball. Love you bro.

McCann re-signed with Atlanta as a free agent last November to play for manager Brian Snitker, who was his manager at Double-A Mississippi when the Braves first called him up directly to the majors in 2005.

“Yeah, he knew,” McCann said of Snitker. “I’ve known him for a long, long time. He was my Double-A manager. Being able to do this with him as my manager is something I’ll always remember.”

“This is everything that I wanted to do,” McCann said. “I wanted to come back and get a chance at the postseason.”