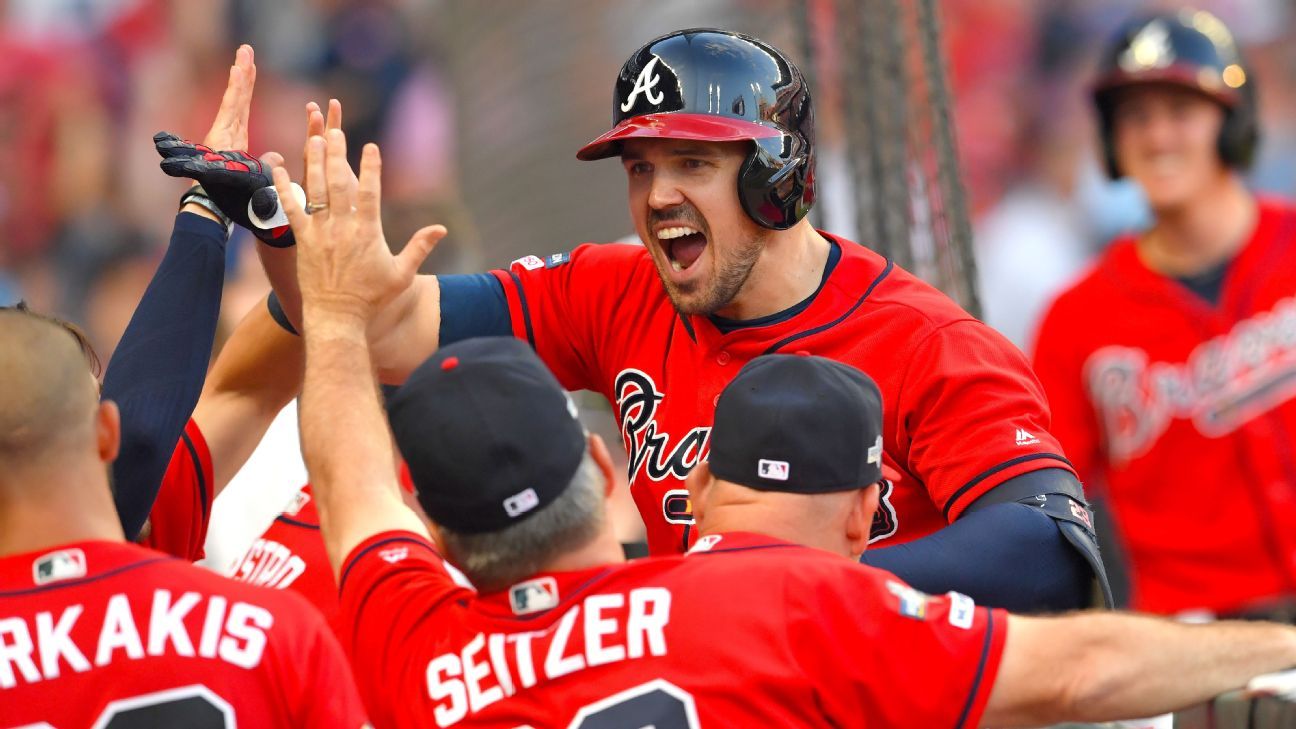 ATLANTA — The Atlanta Braves are giving Adam Duvall his first start of the National League Division Series in the decisive game against the St. Louis Cardinals.

Duvall has hit .429 in the series, including a two-run pinch-hit homer against Flaherty in Game 2. He also had a two-run single in Atlanta’s Game 3 victory.

“He’s hot. He’s had some success off of Flaherty,” Snitker said. “Who knows if it will last?”

Snitker didn’t move up shortstop Dansby Swanson, who again is batting eighth. Swanson hit .500 (7-for-14) in the first four games of the series.

“He’s been doing just fine where he’s at,” Snitker said. “I just kind of like where he’s at right now. I didn’t want to mess with it.”

Tommy Edman is making his third straight start in right field for the Cardinals.

The pitching matchup will be the same as in Game 2, when Atlanta’s Mike Foltynewicz outdueled Flaherty in a 3-0 victory.

“That’s really the only difference,” Shildt said. “We’ve had some flexibility with the lineup. It’s a lineup we’ve run out there, and a lineup we’re comfortable with and competed well with.”