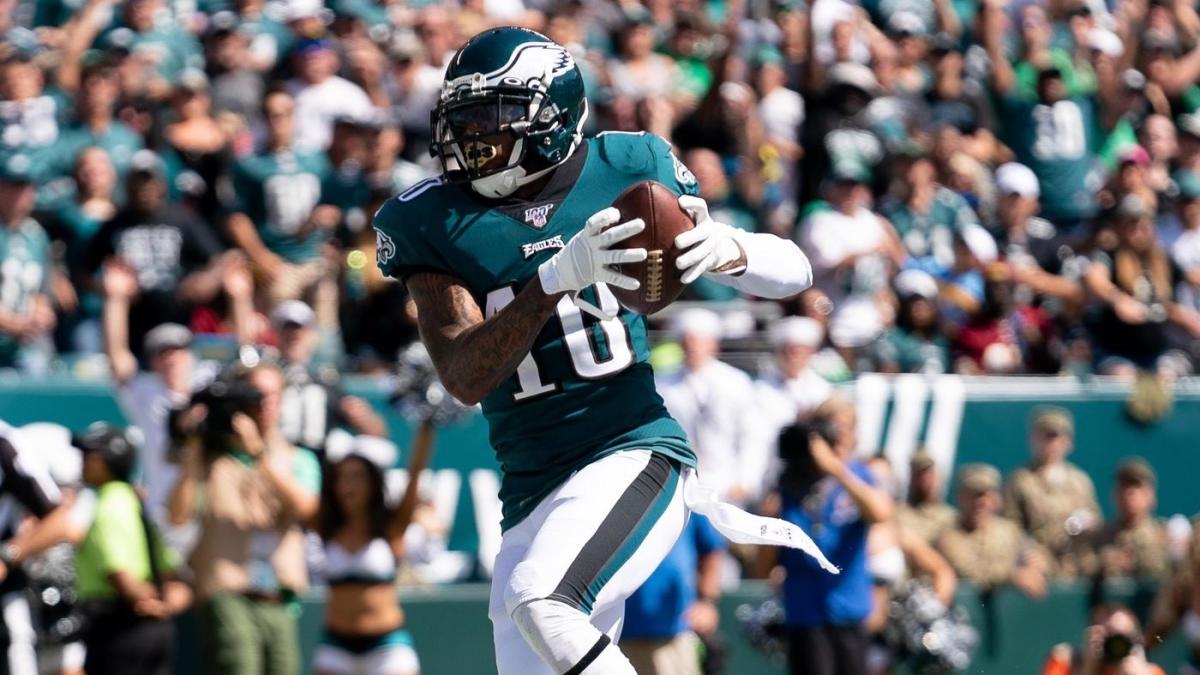 DeSean Jackson has not seen the field for the Philadelphia Eagles since exiting in the opening quarter of a Week 2 loss to the Atlanta Falcons with an abdominal strain. Jackson was expected to be out a few weeks and return by the start of October but remained sidelined for Sunday’s game against the New York Jets.

It appears Jackson is going to be out a while longer, as he is still rehabbing from that groin injury.

“DeSean, we’re going to try to at least progress him this week,” said Eagles head coach Doug Pederson Wednesday. “Try to get him on the field, see what he can do. From a rehab standpoint only, see where he’s at and go from there.”

The extent of Jackson’s injury is unknown. ESPN’s Adam Schefter told 97.5 The Fanatic that he thought Jackson had a sports hernia and surgery was recommended, but he decided not to do it. Schefter was told Jackson would be out a month and has guess was he would be “back soon.”

The Eagles appear in the dark regarding the extent of Jackson’s injury, but they are preceding with caution. The Eagles need Jackson for the stretch run of their schedule, not early in their season.

“I’m not familiar with the injury that he has, but I would think with a guy like DeSean … he’s a track guy, he’s a runner,” Pederson said. “Obviously he’s got to have a level of comfort with that injury. All the stopping and starting and things of that nature, so it’s really until he gets to that point we’ll make a decision.”

The Eagles haven’t received much production from their wide receivers since Jackson has been out, with no wide receivers having a catch over 20 yards in three consecutive games. Nelson Agholor has just one catch in the last two games, a play which he fumbled the ball before it went out of bounds. J.J. Arcega-Whiteside has played just eight snaps over the last two games while Mack Hollins had just one catch for 13 yards during the same stretch.

Philadelphia could use Jackson back on the field as soon as possible, but the Eagles are prepared to wait at least another week.