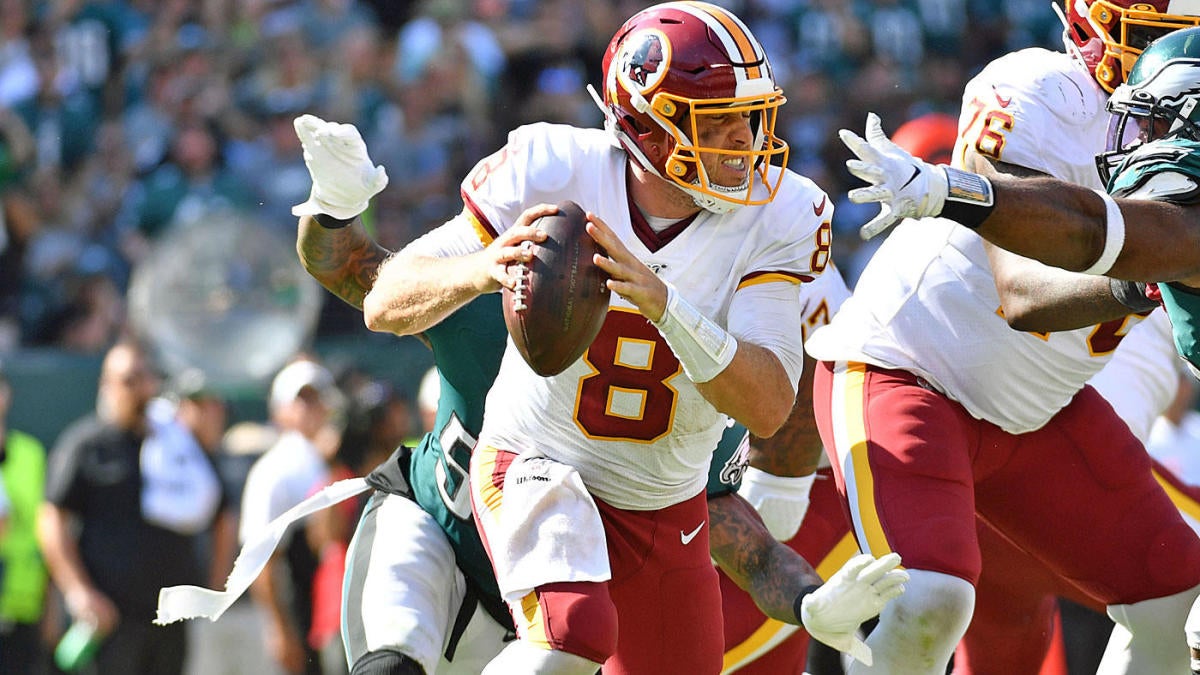 The Washington Redskins are going back to Case Keenum after all. In Bill Callahan’s first major decision as interim head coach, Keenum will reportedly start for Washington in Sunday’s game against the Miami Dolphins if healthy enough to do so, per Ian Rapoport of NFL Network. The Redskins decided to go with Keenum over Colt McCoy, who started last week’s game against the New England Patriots. Keenum was inactive for last week’s game with a foot injury.

Callahan announced either Keenum or McCoy would start for the Redskins earlier in the week, not 2019 first-round pick Dwayne Haskins. While Haskins won’t start this week, Callahan said he will undergo a change of philosophy with the team’s franchise quarterback. Haskins will be taking first-team reps in practice for the remainder of the year as the Redskins prepare him to start down the line.

‘He will be able to take repetitions at some point, whether it’s at the beginning, the end, the middle,” Callahan said, via the Washington Times. “But we’re really cognizant of trying to rep him up during the course of the practice so that he is prepared and that he does obviously get exposure to game-type repetitions that can get him potentially to a starting position here in the future or next year, whatever it may be.”

Haskins has played in just one game for the Redskins this year, throwing for 107 yards and three interceptions in relief duty for Keenum during a Week 3 loss to the Giants. Previous head coach Jay Gruden did not want to play Haskins, deeming he wasn’t ready to be the starting quarterback.

Keenum has completed 68.1 percent of his passes for 970 yards with seven touchdowns, four interceptions and a 93.8 passer rating in four starts. McCoy went 18 for 27 for 199 yards with an interception in his lone start last week.

The Redskins are going with their best option in Keenum, a sign they are ready to break into the win column.