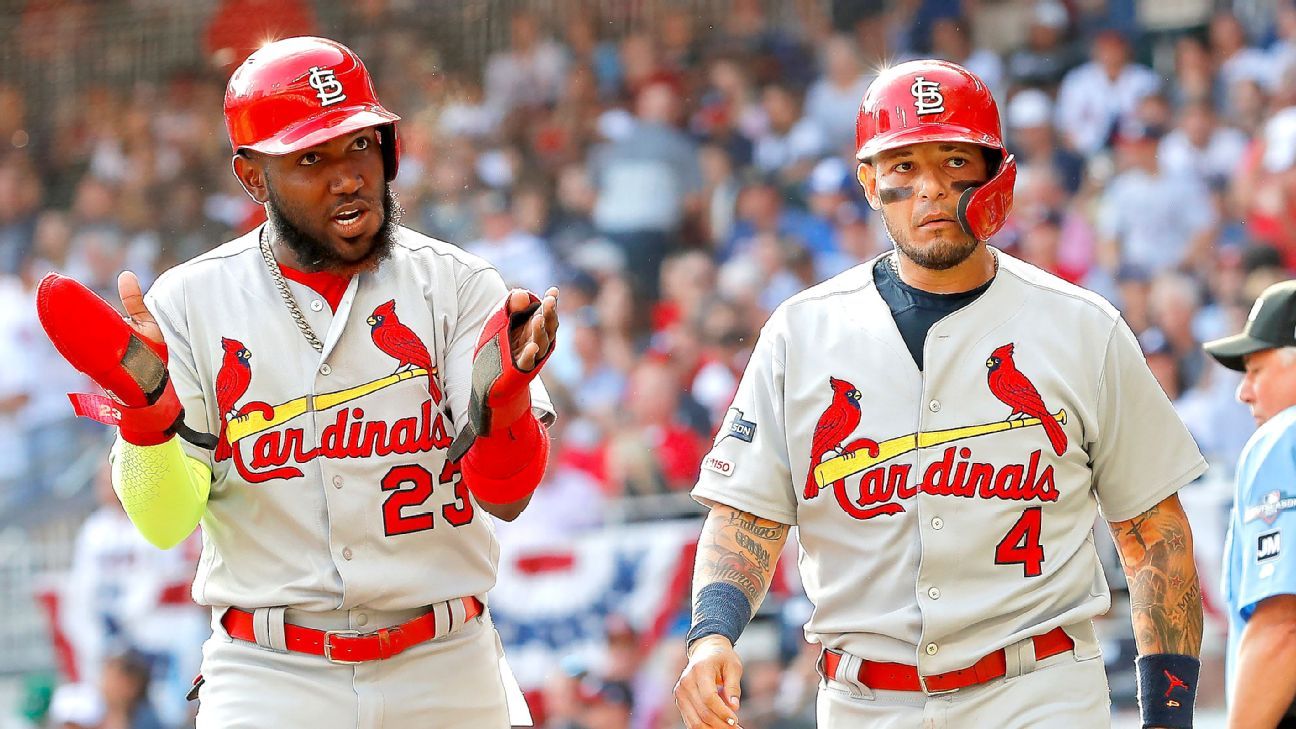 ATLANTA — Fans were barely in their seats for the decisive fifth game of the National League Division Series before the St. Louis Cardinals made history, becoming the first team to score 10 runs in the first inning of a postseason game

Of the four times that teams have scored 10 runs in a postseason inning, the Cardinals are the first to do so without hitting any home runs.

Braves starter Mike Foltynewicz lasted just one-third of an inning before being pulled with the bases loaded and the home team already trailing 4-0.

When it looked like the Braves finally had the third out on Marcell Ozuna‘s strikeout, the ball got away from catcher Brian McCann, who fell down trying to retrieve it, allowing Ozuna to reach and the 10th run to come home.

The Braves missed a chance to get out of the inning after allowing just one run, but Freddie Freeman could not field a hard-hit ball that the first baseman could have turned into an inning-ending double play.

Foltynewicz was charged with seven runs on three hits and three walks, after he did not allow a run on three hits over seven innings in Game 2.

The Cardinals had just five hits in the inning, marking the first time a team scored at least 10 runs with five or fewer hits since June 2011. It’s the second time this season a team scored 10 runs without hitting a homer, after the Marlins scored 11 against he Brewers in June.

To save their season, the Braves will have to break a 90-year-old record for the largest postseason comeback. In Game 4 of the 1929 World Series, the A’s trailed the Cubs 8-0 heading to the bottom of the seventh before plating 10 runs in the inning to take the lead for good.

But St. Louis didn’t let up, plating three more runs to set another postseason record for the most runs through three innings.