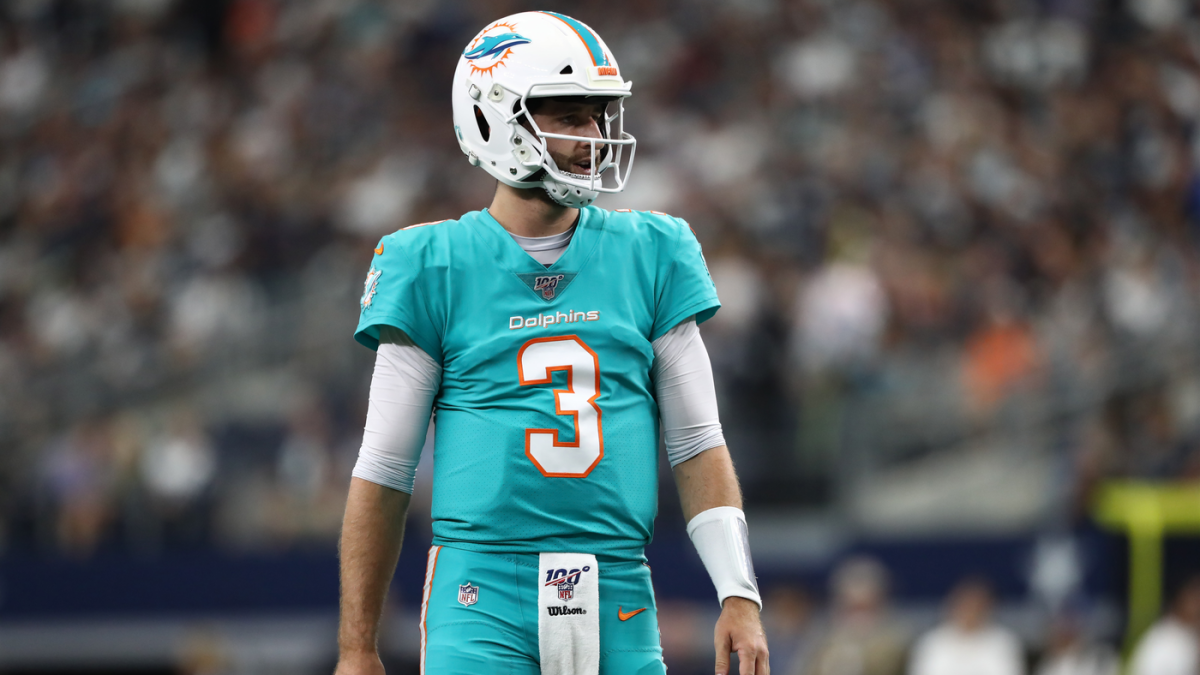 It took until October, but it appears the Miami Dolphins‘ quarterback battle is over. On Wednesday, Armando Salguero of the Miami Herald reported that head coach Brian Flores said the quarterback situation is “settled,” and that Josh Rosen officially has the job.

Veteran Ryan Fitzpatrick started the first two games of the season and threw for 274 yards, one touchdown and four interceptions. In those two weeks, the Dolphins were outscored 102-10.

While Miami is 0-4, the insertion of Rosen into the starting lineup in Week 3 did seem to bring a spark to the Dolphins. Miami found themselves down by just four points at halftime during their first road game against the Dallas Cowboys, a game where Rosen threw for 200 yards. He didn’t register a touchdown, but the Dolphins noticeably moved the ball better, converting 17 first downs, which remains the most Miami has acquired in a single game this season.

So far this year, Rosen has thrown for 482 yards, one touchdown and three interceptions. The Dolphins acquired Rosen via trade during the second day of the 2019 NFL Draft, after the Arizona Cardinals made it clear they were ready to move on from the former UCLA star after they selected quarterback Kyler Murray with the No. 1 overall pick.

One has to wonder what the Dolphins will do if they earn the No. 1 overall pick for the 2020 NFL Draft. There are several talented quarterbacks who have the potential to turn a franchise around in a hurry, which could leave Rosen in the same situation he found himself in just last April.

Rosen has a chance to win Miami its first game this Sunday when they host the winless Washington Redskins, who just fired head coach Jay Gruden earlier this week. The Redskins are another team that appears to be rebuilding, but they have been more competitive than the Dolphins in general this season. Just last Sunday, they scored the first touchdown of the game against the New England Patriots, which marked the first time the Patriots had trailed in 2019.