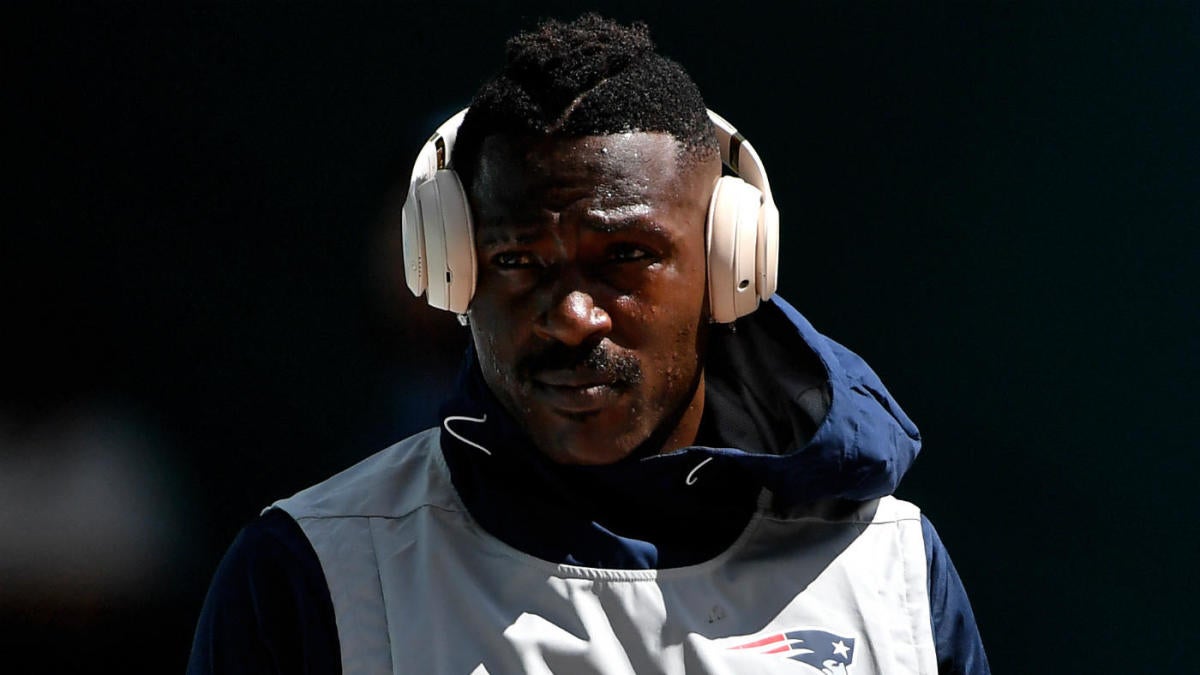 Dead money is a salary cap charge for a player that is no longer on a team’s roster. It exists because of how salary cap accounting rules operate.

Signing bonuses, option bonuses and certain roster bonuses are prorated or spread out evenly over the life of a contract for a maximum of five years. When a player is released, traded or retires, the remaining proration of these salary components immediately accelerate onto his team’s current salary cap.

For example, the Giants had the largest amount of dead money related to an individual player in 2018 with defensive end Jason Pierre-Paul at $15 million. Pierre-Paul’s $20 million signing bonus counted toward the Giants’ salary cap for each year of the four-year, $60 million contract he signed in 2017. Since he was traded to the Buccaneers in March 2018 after playing just one year under his contract, the $5 million of signing bonus proration from each of the last two years of the contract in 2019 and 2020 automatically accelerated onto New York’s salary cap in 2018.

There are two major exceptions to this general rule of bonus proration accelerating. Only the current year’s proration counts toward the cap with players released, traded or retiring after June 1. The bonus proration in future contract years is delayed until the following league year, which typically begins in early to mid-March.

A team can also release two players each league year prior to June 1 (known as a Post-June 1 designation) that will be treated under the cap as if released after June 1. With a post-June 1 designation, a team is required to carry the player’s full cap number until June 2 even though he is no longer a part of the roster. The player’s salary comes off the books at that time unless it is guaranteed.

This means dead money is typically a sunk cost where money isn’t owed to a player. In Pierre-Paul’s case, New York had a residual cap charge last year although his signing bonus was paid in 2017. A payment is associated with dead money when there are salary guarantees at the time of release or departure comes after the player has already begun receiving a portion of his compensation in that particular league year.

What’s going on with Baker Mayfield? And which teams can we count on in Week 6? Brady Quinn and John Breech join Will Brinson on the Pick Six Podcast to break it all down. Listen to the full show below and be sure to subscribe right here for daily NFL goodness.

Excessive dead money can inhibit a team’s ability to field a competitive team. The salary cap room needed to be active in free agency or give contract extensions to important players on the team shrinks.

Here’s a look at the players responsible for the largest amounts of dead money this year. There are 12 players with at least $8 million in dead money.

Potential dead money subject to a grievance is not included in the calculations. Neither are potential expenses from termination pay since a player must submit paperwork during a small timeframe right after the regular season ends in order to collect even though there’s cap charge for it when a qualifying player is released. The Collective Bargaining Agreement’s $235 daily amount for participating in a team’s voluntary offseason workout program is included in dead money when applicable.

The Dolphins converting $16.685 million of Tannehill’s $17.475 million 2018 base salary into signing bonus for salary cap purposes suggested that his roster spot in 2019 would be secure. Tannehill’s inconsistency and head coach Adam Gase’s firing led to his departure. The new regime dealing Tannehill to the Titans in March was the first of a series of moves in Miami’s plan to tank this season. To help facilitate the trade, the Dolphins took on $5 million of Tannehill’s 2019 salary. Since teams aren’t allowed to include cash or cap room in trades under NFL rules, the Dolphins and Tannehill renegotiated his contract before the trade by converting the $5 million of salary into signing bonus with him also taking a pay cut where his 2020 contract year was deleted. The salary conversion operates essentially the same way as including cash or cap room because the acquiring team’s cap hit for the player in the current league year is reduced.

Luck stunned the NFL in late August by abruptly retiring because of the physical toll multiple injuries had taken on him. His 2019 contract year contained two different $6 million fifth day of the league year roster bonuses (March 17). The Colts reportedly waived rights to recoup up to $24.8 million from Luck because of his retirement. $12.8 million of the $32 million signing bonus from Luck’s 2016 extension which made him the NFL’s highest paid player and the $12 million in roster bonuses were recoverable.

The Jaguars went all-in on Blake Bortles after an unexpected playoff run to the AFC Championship Game during the 2017 season. Bortles was given a two-year, $34.497 million extension (worth up to another $12.5 million through salary escalators and incentives) with $26.5 million fully guaranteed instead of allowing him to play the 2018 season on his $19.053 million fifth year option. He took such a step backwards last season after being an effective game manager in 2017 that he was benched four games in early December for Cody Kessler, who didn’t fare any better, until the regular season finale.

The Jaguars would have been able to walk away from Bortles without any cap consequences had he been under his fifth year option instead of releasing him in March. Bortles would have had an expiring contract. The $16.5 million in dead money stems from his $6.5 million salary guarantee in 2019, which has an offset, and $10 million of signing bonus proration from his 2019 and 2020 contract years. Because of the offset, the Jaguars are getting $1 million in cap relief from the one-year, $1 million fully guaranteed deal Bortles signed with the Rams days after his release.

The Giants dealt Beckham to the Browns in March for a 2019 first round pick, 2019 third round pick and safety Jabrill Peppers despite signing him to a five-year, $90 million extension last preseason, which included a $20 million signing bonus. The deal, which contains additional $5 million in salary escalators, made Beckham the highest paid receiver in the NFL. Beckham isn’t playing any of the five new contract years with the Giants thanks to the trade. Just like with Pierre-Paul in 2018, the Giants have a hefty residual cap charge relating to signing bonus.

The Ravens put Flacco on notice by taking 2016 Heisman Trophy winner Lamar Jackson with the last pick in the first round of the 2018 NFL draft. Flacco’s hip injury during the middle of last season gave Jackson an opportunity to start. The Super Bowl XLVII MVP never got back in the starting lineup because Jackson provided a spark, which helped the Ravens reach the playoffs. With Flacco expendable because of Jackson, he was traded to the Broncos in March. Flacco’s 2016 extension running through the 2021 season contained a $40 million signing bonus, which was the largest ever in an NFL contract at that time. Flacco’s $16 million is Baltimore’s biggest cap charge this year.

Suh is responsible for Miami’s third largest cap charge this year although he last played for the Dolphins in 2017. Miami’s 2016 restructure for cap purposes helped hasten Suh’s departure in March 2018. His $26.1 million 2018 cap number was unmanageable. The restructure made a post-June 1 designation the only way to pick up significant cap room with Suh’s release. Miami didn’t have the luxury of time because $8.5 million of Suh’s $16.985 million 2018 base salary was set to become fully guaranteed on the fifth day of the league year (March 18). The post-June 1 designation allowed the Dolphins to take Suh’s cap hit over two years instead having him count $22.2 million in 2018.

Green Bay would likely have a lot less dead money for Perry if their contracts were structured in a more conventional manner. With the exception of quarterback Aaron Rodgers, the only guaranteed money in Packers veteran contracts is a signing bonus. The five-year, $60 million deal Perry signed in 2017 had an $18.5 million signing bonus. The bigger deals, like Perry’s, contain a third or fifth day of the league year roster bonus in the second and third years. The roster bonuses are supposed to be substitutes for additional contract guarantees. That isn’t necessarily the case because Perry was released in March before his $4.8 million third day of the league year roster bonus was due.

The three-year, $36 million extension, which had a $10 million signing bonus, the Seahawks gave Chancellor in 2017 is one of the rare instances where significant injury guarantees come into play with an NFL contract. Chancellor suffered a serious neck injury during the middle of the 2017 season that ultimately ended his career. Chancellor’s $6.8 million 2018 base salary and $5.2 million of his $10 million 2019 base salary were guaranteed for injury when he signed the deal. The severity of Chancellor’s injury and his 2018 base salary becoming fully guaranteed a few days after Super Bowl LII in February 2018 didn’t leave the Seahawks with any good options for his contract. Since it was too cost prohibitive to release Chancellor in 2018, he remained on the roster until this past May. The Seahawks are paying him $5.2 million this year because of the guarantee.

Colvin signed a four-year, $34 million contract with the Texans in 2018 as an unrestricted free agent. Houston released him after this season’s first game despite his $7.5 million base salary being fully guaranteed. Colvin promptly signed with the Redskins for his $805,000 league minimum salary. The Texans will get to lessen their obligation to Colvin from the money he makes from the Redskins because their guarantee contains an offset.

Trading a first round quarterback before his second season was unprecedented in the salary cap era, which dates back to 1994, until Rosen was dealt to Dolphins during the 2019 draft. Keeping Rosen didn’t make sense for the Cardinals after selecting Kyler Murray with the first overall pick in this year’s draft. The Cardinals gave 2018’s 10th overall pick just under $11.36 million for one year, which is 64.5 percent of the total value of his rookie contract, by dealing him. Rosen’s rookie contract with the Cardinals was worth just under $17.6 million, including a signing bonus of nearly $10.9 million.

The Giants acquired offensive guard Kevin Zeitler from the Browns to help shore up a porous offensive line in exchange for Vernon. A couple of swap mid-round 2019 draft picks were also swapped in the process. Vernon had two years remaining on the five-year, $85 million contract he signed with the Giants in 2016 free agency. His deal contained a $20 million signing bonus, which has $4 million of annual proration.