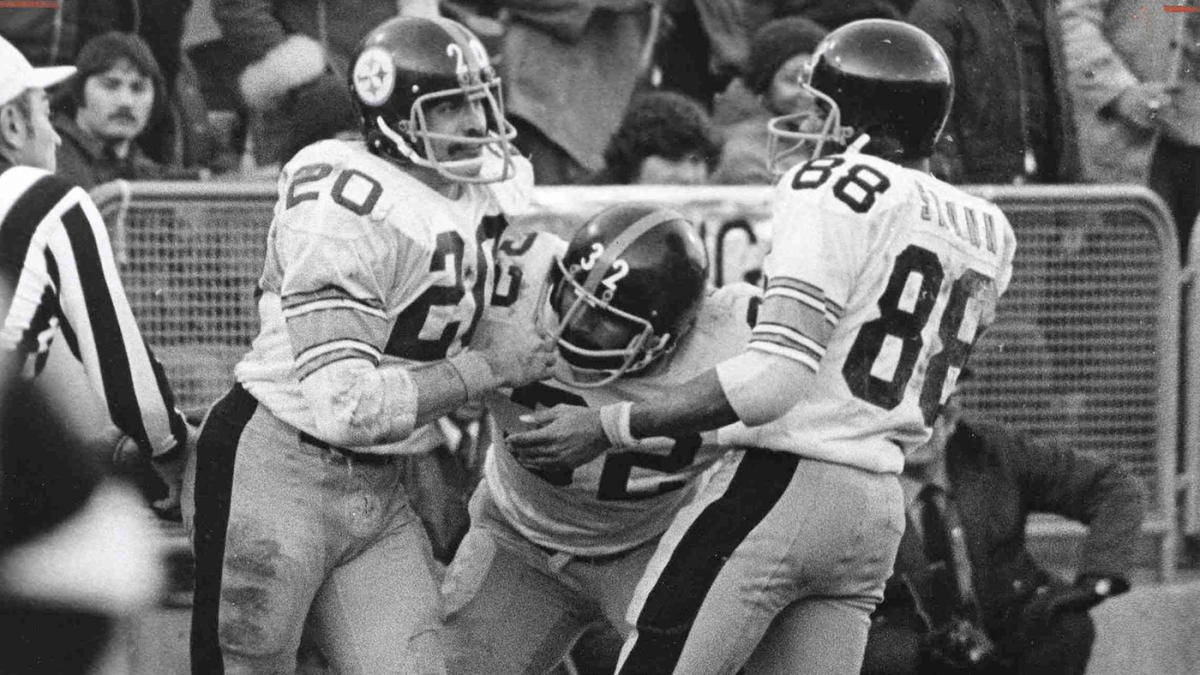 Four teams find themselves with just one win through five games of the 2019 regular season. While no team has ever made the playoffs after an 0-5 start, 10 teams alone since the 1990 season have rallied to make the postseason. The Pittsburgh Steelers are one of the league’s current one-win teams entering Sunday night’s road game against the Los Angeles Chargers. Forty-three years ago, Pittsburgh, after a disastrous start to the season, nearly become the first and only team to get to the Super Bowl after a 1-4 start.

Pittsburgh’s 1976 squad is considered by many to be the Steelers’ greatest team during their 1970s dynasty despite the fact that they failed to add to the team’s collection of Vince Lombardi Trophies. The reason is that Pittsburgh, despite losing Terry Bradshaw for nearly after the season after he was slammed on his head by Cleveland defensive end Joe “Turkey” Jones, won 10 straight games after their 1-4 start that included five straight shutouts.

“I remember after we lost the fourth game I was sitting there by my locker with Jam Ham and just said, ‘What is going on?,'” Hall of Fame linebacker Jack Lambert recalled during an interview with NFL Films. “At that time, all we were trying to do was survive.”

The Steelers didn’t just survive, they thrived. During a nine-game span, Pittsburgh’s “Steel Curtain” defense, a unit that boasted four Hall of Famers and 10 Pro Bowl performers, allowed just 28 points while solidifying their mark as arguably the greatest defense in NFL history.

“That’s just incredible football in the part of our defense,” Lambert said. “And I know that Art Rooney Sr. felt this way, too: the 1976 Steelers was the best football team the Steelers have ever had.”

“We had players with a great deal of pride, a great deal of intensity, a great deal of confidence, and obviously, great ability,” said former defensive tackle Dwight White, a member of each of Pittsburgh’s four Super Bowl-winning teams during the ’70s. “To put that string together was not anything exceptional, it was what we were supposed to be doing. We were having fun. It was not a pressure situation necessarily. We were told it would get back on track, and it did.”

“When we started to win, not just win the game but how do you win the game was important,” added Hall of Fame defensive tackle, “Mean” Joe Greene. “The objective of the defense was to shut ’em out. Shut ’em out.”

The Steelers’ offense, which finished fifth in the league in scoring during the regular season, was anchored by running backs Franco Harris and Rocky Bleier, who became the second pair of teammates in league history to each rush for over 1,000 yards in a season.

While Pittsburgh routed a talented Colts team in Baltimore in the first round of the playoffs, the win came at a price, with Harris and Bleier sustaining injuries that would keep them sidelined for the Steelers’ third consecutive AFC Championship Game showdown with the Oakland Raiders.

“When we got up to Baltimore that year, everybody was talking about what a great team Baltimore had,” Lambert said, looking back, “and they did have a good team, led by Burt Jones, and a lot of people were picking them to go all the way. And we went up there and we crushed them. Totally crushed them, and we were really on a roll and there was no doubt in our minds that we were going to go all the way. Oakland had a good team but we knew we could beat them.

“And then, when Rocky and Franco got hurt, it just took the winds right out of our sails.”

Oakland, after having lost the previous two AFC title games to Pittsburgh, wouldn’t be denied when the Steelers came to town on Dec. 26, 1976. While they out-gained the Raiders in total yardage, the Steelers couldn’t overcome the loss of their two 1,000-yard rushers, as they eventually bowed out to an Oakland team that would rout the Minnesota Vikings in Super Bowl XI two weeks later.

“Never had to play a game where our two star running backs were out,” Lambert said. “And I made the comment, ‘Give us a six-pack, and we’ll go back out and play ’em again.’ Really the most frustrating game I’ve ever played in my life.”

While saying that Pittsburgh’s current team can go on a similar run is a stretch, the Steelers can certainly turn things around while making the 2019 season a respectable one.

Pittsburgh’s defense is currently No. 3 in the NFL with 19 sacks through five games — that includes 13 sacks in their first two outings. Defensive linemen Cam Heyward, Stephon Tuitt, and Javon Hargrave are each off to solid starts to the season, while outside linebacker T.J. Watt is the midst of another Pro Bowl season.

First-round pick Devin Bush is looking like a future star, while recently-acquired Minkah Fitzpatrick has made a quick transition as Pittsburgh’s starting free safety. Kicker Chris Boswell, after a disastrous 2018 season, has made each of his 19 attempts this season that includes a perfect 10-for-10 on field goal tries.

Pittsburgh’s offense remains the team’s biggest question mark. Can the Steelers find a way to run the ball? Will James Washington step up as a consistent No. 3 receiver? Will Mason Rudolph/Devlin Hodges play well (and consistently) enough to complement the rest of the team? These are the questions that Pittsburgh’s offense will have to answer — and quickly — if the Steelers are going to get things turned around.

While they don’t have the talent that the ’76 team possessed, Pittsburgh’s current roster has enough talent to turn a 1-4 start into — at the least — a winning season. The Steelers simply need to win one game before they can start talkubg about stacking wins, starting with Sunday night’s game against Los Angeles.