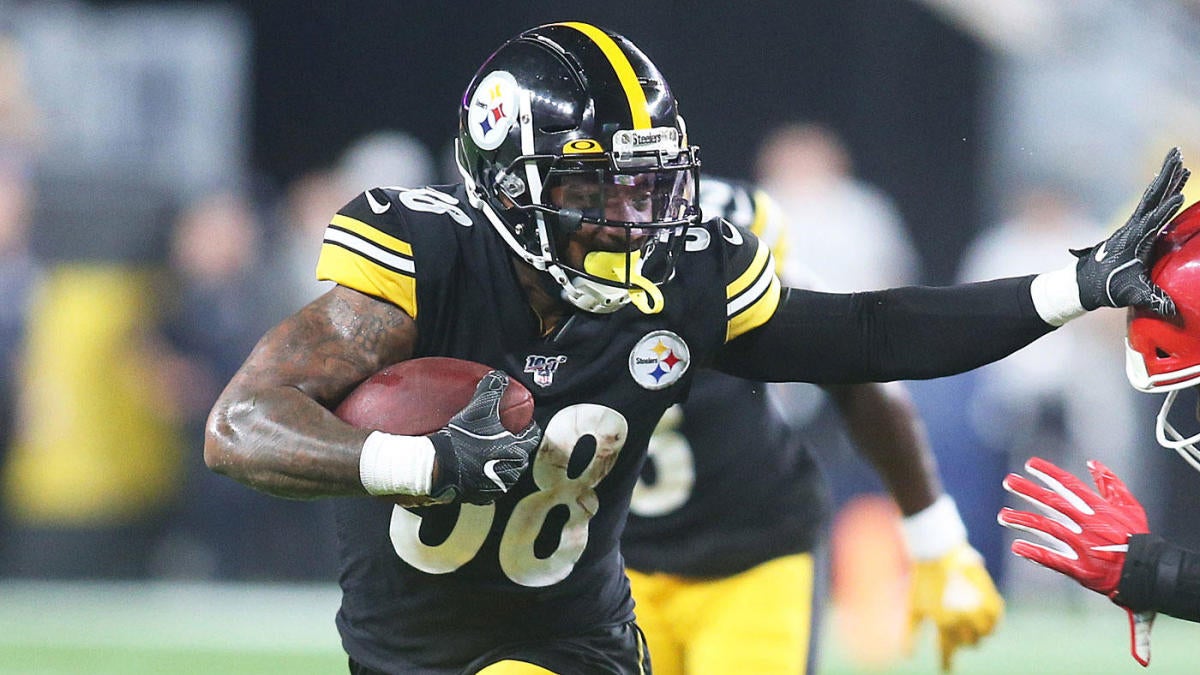 Jaylen Samuels was a key contributor in the Pittsburgh Steelers‘ only win of the season, a 27-3 victory over the Cincinnati Bengals in Week 4. Running several plays out of the Wildcat, the second-year back became just the second player since the 1970 AFL-NFL merger to with three pass completions, three rushes and three receptions in a game.

Just over a week after his record-setting performance, Samuels, after sustaining a knee injury during Pittsburgh’s Week 5 loss to the Baltimore Ravens, will miss a month after having his knee scoped. Steelers head coach Mike Tomlin broke the news during his weekly Tuesday press conference.

“We’ll continue to lean on the strengths on our collective group,” Tomlin said while addressing Samuels’ injury, “and work to minimize the weaknesses.”

Samuels, who left North Carolina State as the school’s all-time leader in receptions, is a versatile weapon who will be tough to replace. While his skillset is different than what Samuels brings to the table, Benny Snell, Pittsburgh’s fourth-round pick in this year’s draft, will get more opportunities with the offense after playing primarily on special teams during the first five weeks of the season. Snell ripped off a 23-yard run on his first career carry during Pittsburgh’s Week 2 loss to the Seattle Seahawks.

“I know that’s he’s chopping at the bit to be a contributor,” Tomlin said of Snell, who has just five carries through five games. “He’s a high-energy young guy. He’s been highly productive in special teams  and usually, production in special teams is an indication of offense and defensive readiness. This guy’s making tackles on coverage units and stuff. It’s been really impressive, but obviously we drafted him to play running back. He’ll probably get an opportunity to get some more exposure there because of the injury to Jaylen and I’m sure he’ll be excited about it.”

Snell’s tangibles, as well as his intangibles, made him an easy choice for the Steelers when he was still available with the 122nd overall pick in this year’s draft.

“We didn’t over analyze it. We just really like Benny Snell,” Tomlin told ESPN during draft weekend. “He’s a good football player who we thought was a central figure in a culture change at Kentucky. That guy had those guys extremely competition. They kicked a lot of butt in the SEC this year, particularly over the course of his three years there.

“Everyone you talked to down there, formally and informally, talked about him being an energy-bringer, a catalyst, if you will. The type of guy that’s capable of changing the culture. We were really attracted to that along with his run talents.”

Snell, who worked out with Pittsburgh Pro Bowl fullback Rosie Nix when both players were back home in Columbus during the summer, was asked shortly after being drafted by the Steelers if he is using his draft status as motivation as he enters his rookie season.

“Definitely,” Snell told 93.7 The Fan. “I kinda find it funny how history repeats itself and people don’t see the true value of a player. Your rank and all these numbers, stars, whatever. It’s just amazing how it all work. I’m finally glad that I’m on a team with an organization that values me.”

Pittsburgh’s running game has struggled this season, as they are 29th in the league in rushing through five games. James Conner, a Pro Bowler last year, is averaging just 3.3 yards per carry this season. Conner and the Steelers will face the league’s 18th best run defense when they travel to Los Angeles to take on the favored Chargers on Sunday night.