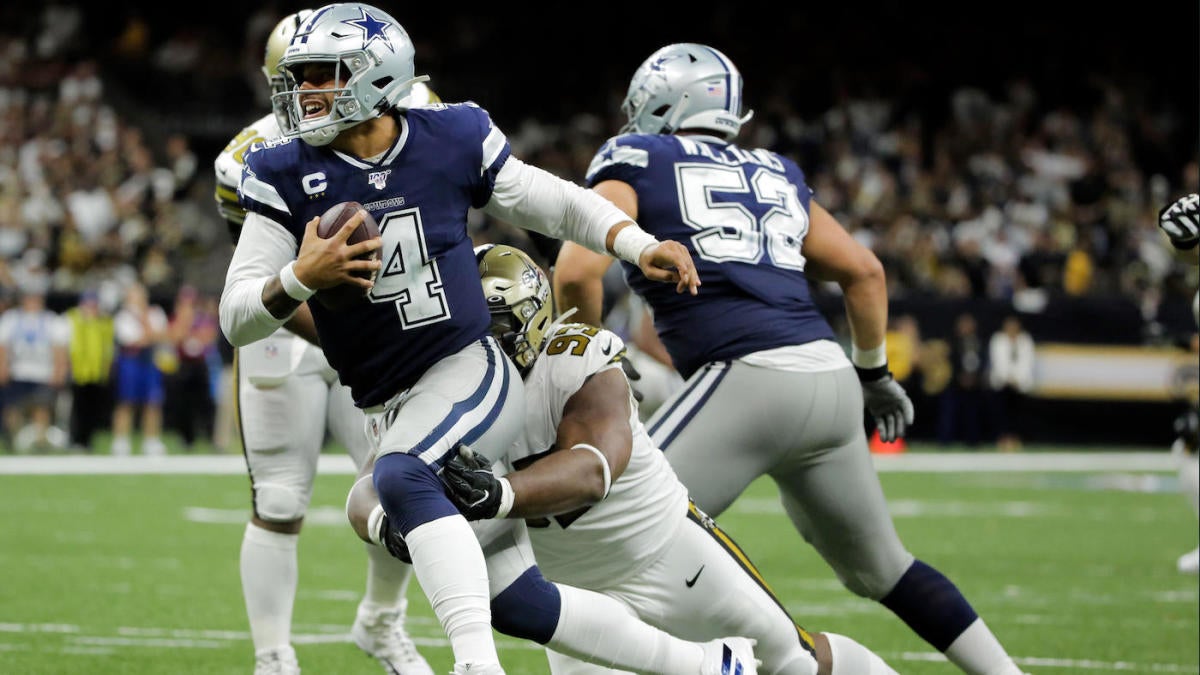 Since starting the 2019 season 3-0, the Dallas Cowboys have lost two straight, with their once-dominant offense sputtering in critical situations and in need of a rebound against the New York Jets in Week 6. Now, we might have a simple reason for why the Cowboys’ offense derailed in the first place. The answer is…hand signals?

The Cowboys’ high-scoring attack was first quieted in Week 4 when the Drew Brees-less New Orleans Saints put a muzzle on Dak Prescott, Ezekiel Elliott, Amari Cooper and the rest of offensive coordinator Kellen Moore’s explosive unit in a 12-10 decision on “Sunday Night Football.” According to NFL Network, Saints players were keyed into the Cowboys’ offensive strategy that evening simply because they studied Boise State tape from Moore’s time as the school’s quarterback — and realized Moore was using some of the same hand signals he used as a quarterback to direct Dallas’ offense.

Moore, who started for Boise State from 2008 to 2011, is in his first season calling plays as the Cowboys’ offensive coordinator under head coach Jason Garrett. His unit, initially headlined by an on-target Prescott, dropped at least 31 points in three straight games to open 2019 but totaled 34 points in Weeks 4 and 5 combined. Is it possible the Green Bay Packers — the Cowboys’ Week 5 opponent — also caught on to what Moore was doing?

It remains to be seen whether anyone other than the Saints had picked up on the apparently recycled hand signals, which were identified by anonymous Saints players to NFL Network’s Steve Wyche. It also remains to be seen whether Moore has since adjusted the way he relays calls to the Cowboys on the field in an effort to avoid any old Boise State film helping opponents.

Either way, Moore’s own college days may very well have cost Dallas at least one game, and depending on whether or not the Philadelphia Eagles continue their climb in the NFC East, that game could prove crucial down the line. It could also prove crucial in the Cowboys’ bid for homefield advantage in the postseason if they finish with the same record as the Saints or Packers.