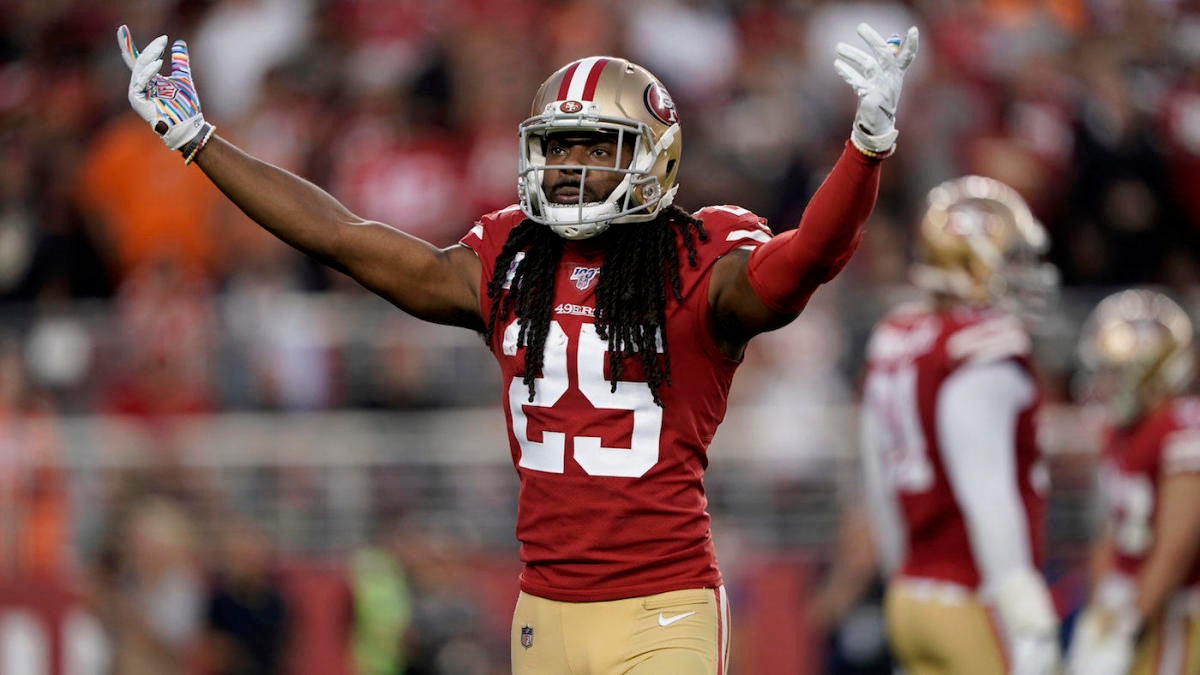 Not long after the 49ers defense ate Baker Mayfield alive during their dominant 31-3 win on Monday night that included only eight Mayfield passes that were completed, a pair of Mayfield interceptions and fumbles, and Nick Bosa planting a flag, 49ers cornerback Richard Sherman, who accounted for one of those interceptions, ripped Mayfield for disrespecting the 49ers beforehand by refusing to shake their hands during the pregame coin toss.

“What’s amazing, and annoying, was him not shaking hands at the beginning,” Sherman told NFL.com’s Mike Silver on Monday night. “That’s some college s—. It’s ridiculous. We’re all trying to get psyched up, but shaking hands with your opponent — that’s NFL etiquette. And when you pull bush league stuff, that’s disrespectful to the game. And believe me, that’s gonna get us fired up.”

It turns out, it’s not a great idea to lie about something that happened in front of thousands of people, some of whom were holding cameras that were both turned on and pointed at the coin toss ceremony. On Tuesday morning, video footage emerged that showed Mayfield quite clearly shaking hands with Sherman and the 49ers before the coin toss.

It didn’t take long for Sherman to backtrack. I would joke about this being Sherman’s best backtrack in years, but the undeniable fact remains — regardless of how you feel about his postgame comments — that Sherman continues to perform like one of the game’s top cornerbacks. He told The MMQB’s Albert Breer that it was Mayfield running away after the coin toss that was the source of his anger. Apparently, Mayfield didn’t shake hands with the 49ers a second time after the coin toss.

“That’s it,” he said. “They are making way too big of a story of a blowout. He pissed us off. We put a foot in his ass. End of story.”

The Niners stayed unbeaten by beating up on the Browns and there’s a lot to go over. John Breech, Sean Wagner-McGough and Jared Dubin break down what it means, rank coaches on the hot seat and more on the Pick Six Podcast, listen in the player below and subscribe here for daily NFL goodness.

On Twitter, Sherman reiterated “it’s not that big of a deal” — even though he was the one that started this firestorm by bringing it up in the first place — and noted that Mayfield gave him a “petty shake.”

In Sherman’s defense, video does seem to confirm that Mayfield did not shake any hands a second time.

But that’s not what Sherman told Silver after the game, when he said, “What’s amazing, and annoying, was him not shaking hands at the beginning.” And here’s where it’s worth noting that a couple years ago, back when he was with the Seahawks, Sherman denied saying something that multiple media outlets captured with audio recordings.

On his part, Silver told NFL Network that he stands by his story. He noted that Sherman, Bosa, DeForest Buckner, and many other 49ers players believe “some snub happened before the game.” He also noted that some of Mayfield’s previous comments — like how he criticized the Giants for drafting Daniel Jones — irked Sherman.

“This was not just an offhanded comment from one player,” Silver said. “This was a major theme within the 49ers’ locker room.”

Silver added: “I don’t know what happened because I was not at the coin toss. All I can tell you is that Richard Sherman brought it up to me and DeForrest Buckner had the same take on it and about seven other 49ers did as well. I’ll let Baker and Richard speak to it publicly today further. But I stand by everything in my story. I honestly think the more important part of it is the sentiment behind the quotes.”

Clearly, regardless of what happened at midfield before the game, the 49ers wanted to stymie Mayfield. They had extra motivation to do so. As Silver alluded to, that probably had as much to do with Mayfield’s bravado as his alleged behavior during pregame festivities.

There’s no doubt that Sherman is right about the 49ers kicking Mayfield’s ass. Mayfield submitted the worst outing of his young career on Monday night, completing only eight of his 22 pass attempts for 100 yards (4.5 yards per attempt), no touchdowns, two interceptions, and a 13.4 passer rating, which doesn’t even factor in his two fumbles (one lost).

But there’s also no doubt that Mayfield shook Sherman’s hand before the game. A controversial player like Mayfield, whose outspoken nature has led to criticism as the Browns have bumbled their way to a 2-3 start in what was supposed to be a breakout season, shouldn’t be criticized for something he didn’t do. There’s plenty to criticize Mayfield for — most notably, his performance as a quarterback and yes, some of the comments he’s made. This doesn’t appear to be one of those things.

Hopefully, this is the last we hear of Handshakegate, but given both Sherman and Mayfield’s outspoken nature (something that, I should add, I think is generally good for the league!), this probably won’t be the last of it.