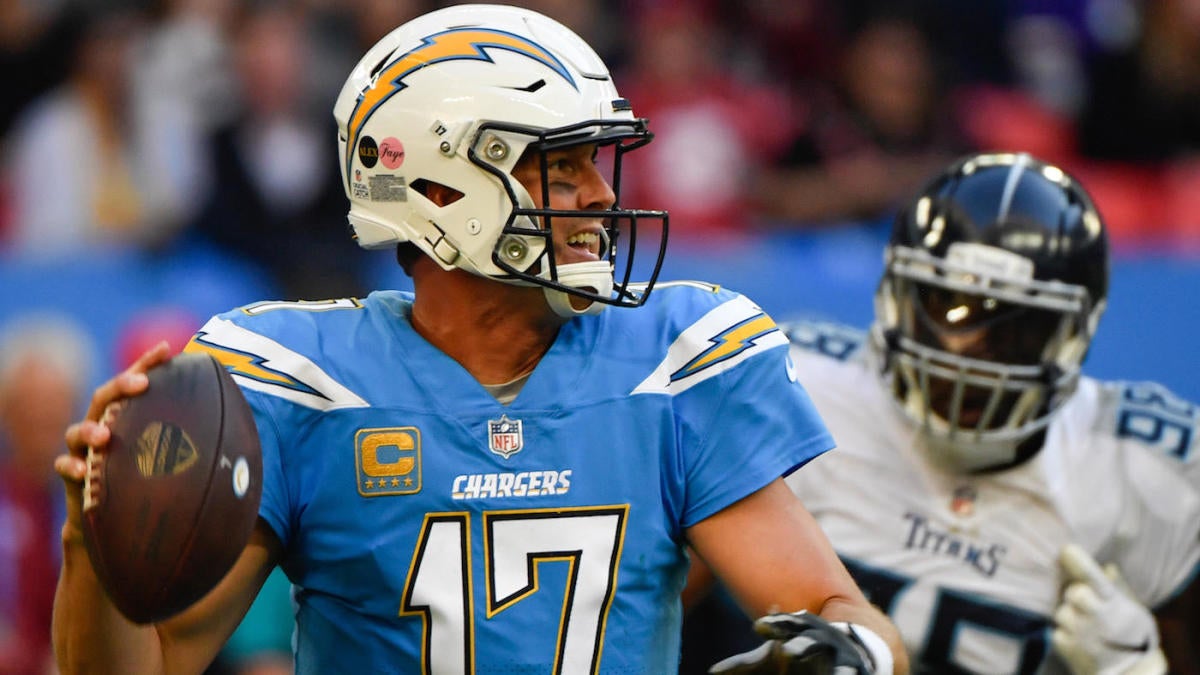 Several key divisional battles highlight the Week 6 NFL schedule as teams look to make a move in the NFL standings. But which NFL picks should you make? And which NFL picks can ruin your week? According to the latest Week 6 NFL odds, the Panthers are two-point favorites against the Buccaneers for the second game on the 2019 NFL London schedule. This time, the action starts at 9:30 a.m. ET from Tottenham Hotspur Stadium. Panthers quarterback Cam Newton (foot) has already been ruled out of this NFC South battle, meaning Kyle Allen, who is 3-0 this season, will get another start. And in a high-stakes NFL West game, the Rams are going off as four-point home favorites, according to the latest Week 6 NFL spreads, against the 49ers despite even though Los Angeles has dropped consecutive games and the Niners are undefeated. If you’re looking to nail your Week 6 NFL picks on these games or any others, be sure to see the NFL predictions from the proven computer model at SportsLine.

Now, it has examined the latest Week 6 NFL odds and lines, simulated every snap, and its football predictions are in. One of the top Week 6 NFL predictions the model recommends: the Chiefs (-5.5) cover against the Texans in a 1 p.m. ET kickoff from Arrowhead Stadium.

The Chiefs were stunned by another AFC South squad, the Colts, in Week 5. But the model has taken into account that the Texans are ranked just 25th in the NFL in pass defense (270.4 yards per game). They’ll get their toughest test yet against Chiefs quarterback Patrick Mahomes, who has thrown for an NFL-best 1,831 yards, 11 touchdowns and no interceptions. The model is calling for another 300-yard day for Mahomes as the Chiefs cover in well over 50 percent of simulations. The under (55.5) also hits more than 60 percent of the time.

Another one of the Week 6 NFL picks from the model: the Chargers (-6.5) cover against the Steelers.

Pittsburgh dropped to 1-4 following a 26-23 loss to the Ravens in Week 5 that was also costly on the injury front. Quarterback Mason Rudolph (concussion) left that game and his status is unclear heading into Week 6, possibly leaving undrafted rookie quarterback Devlin Hodges under center. Running back Jaylen Samuels (knee) has also been ruled out. The Steelers are also just 2-5 against the spread in West Coast games under coach Mike Tomlin.

The model is calling for Chargers quarterback Philip Rivers to throw for close to 300 yards, while running backs Melvin Gordon and Austin Ekeler combine for around 100 yards of total offense. The Chargers cover in over 50 percent of simulations, and the under (41.5) also has plenty of value because that hits almost 60 percent of the time.

The model also has also made the call on the huge Rams vs. 49ers showdown and says a Super Bowl contender goes down hard this week. You can only get every pick for every game at SportsLine.

What NFL picks can you make with confidence in Week 6? And which Super Bowl contender gets stunned? Check out the latest NFL odds below and then visit SportsLine to see which NFL teams are winning more than 50 percent of simulations, all from the model that is up almost $7,000 on its top-rated NFL picks.