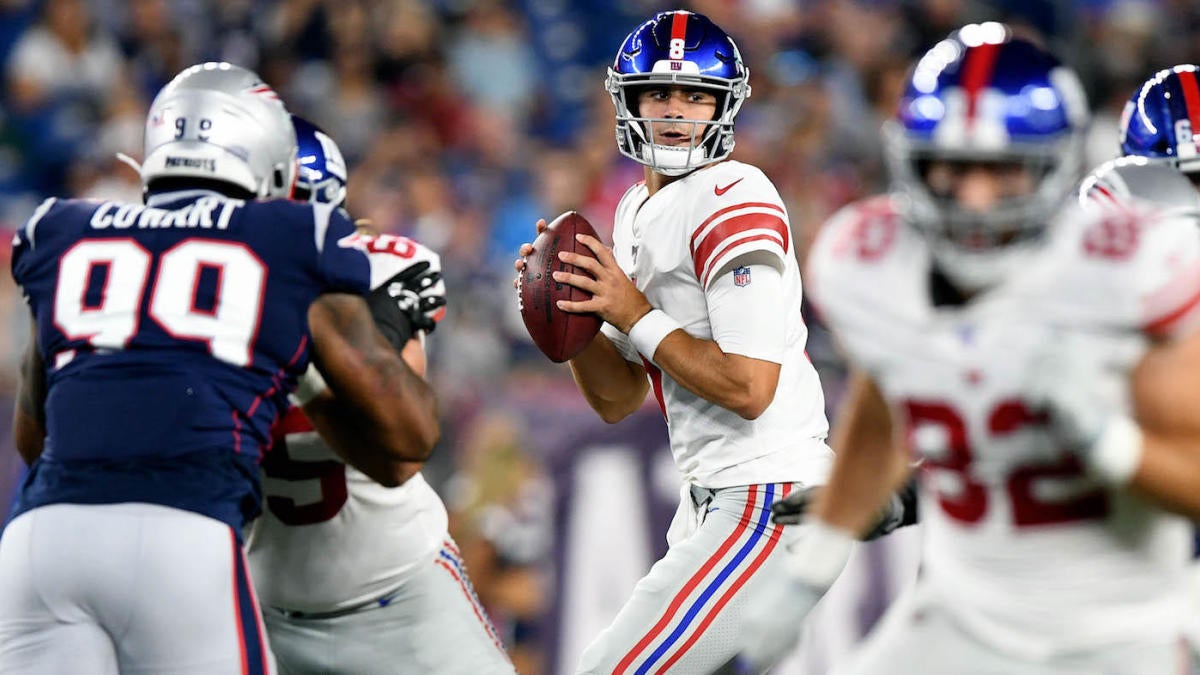 The Patriots and Giants will kick off Week 6 in the NFL on Thursday Night Football from Gillette Stadium.

This contest won’t exactly call back to the days when Eli Manning and Tom Brady were squaring off in Super Bowls. In fact, Manning will simply have a great view of this matchup with rookie Daniel Jones assuming the starting role and bringing a new era in New York under center. Jones and company are coming off a loss at the hands of the Minnesota Vikings, while the Patriots remained perfect on the season after taking down the Washington Redskins.

Before we get more into this contest, let’s lay out how you can watch.

The 33-7 score from last week’s Patriots win over the Redskins doesn’t exactly paint the entire picture, as Bill Belichick’s squad did come out flat and even trailed after the first quarter. That said, they did turn things around, outscoring Washington 27-0 in the remaining three quarters to move to 5-0 on the year. The big takeaway from this most recent win was the revival of the running game, specifically with second-year back Sony Michel, who rushed for 91 yards on 5.7 yards per-carry and one touchdown. He also caught all three of his targets for 32 yards on the afternoon, which is a big plus for him.

The defense, meanwhile, has been arguably the best in the league through the first chunk of the season and ranks No. 1 in DVOA. The Pats also have a league high 11 interceptions on the year and 12 total turnovers.

For the Giants, injuries have been a main storyline, especially coming into this matchup. Of course, star running back Saquon Barkley’s high ankle sprain that he suffered in Week 3 has made the most headlines, but there are plenty other offensive weapons that New York will likely be without as well. Wide receiver Sterling Shepard (concussion) has already been ruled out and running back Wayne Gallman (concussion) and tight end Evan Engram (knee) are also unlikely to play in this contest. That leaves rookie Daniel Jones, who supplanted Eli Manning as the starter earlier this season, with little to no weapons against this potent defense.

That said, Jones has been a bright spot for the Giants since coming in, which should give the franchise confidence in the years to come post-Manning. For this contest, however, it may be a long night for New York.

With the injuries mentioned above along with the fact that this Patriots defense is so dominant at home this year (allowing just 8.5 points through five games), New England seems primed to take this one rather easily. On top of those points, rookie quarterbacks playing in New England since 2001 are 0-14 with an average margin of defeat of 17 points.

Which picks can you make with confidence in Week 6? And which Super Bowl contender gets stunned? Visit SportsLine now to see which NFL teams are winning more than 50 percent of simulations, all from the model that is up almost $7,000 on its top-rated NFL picks.