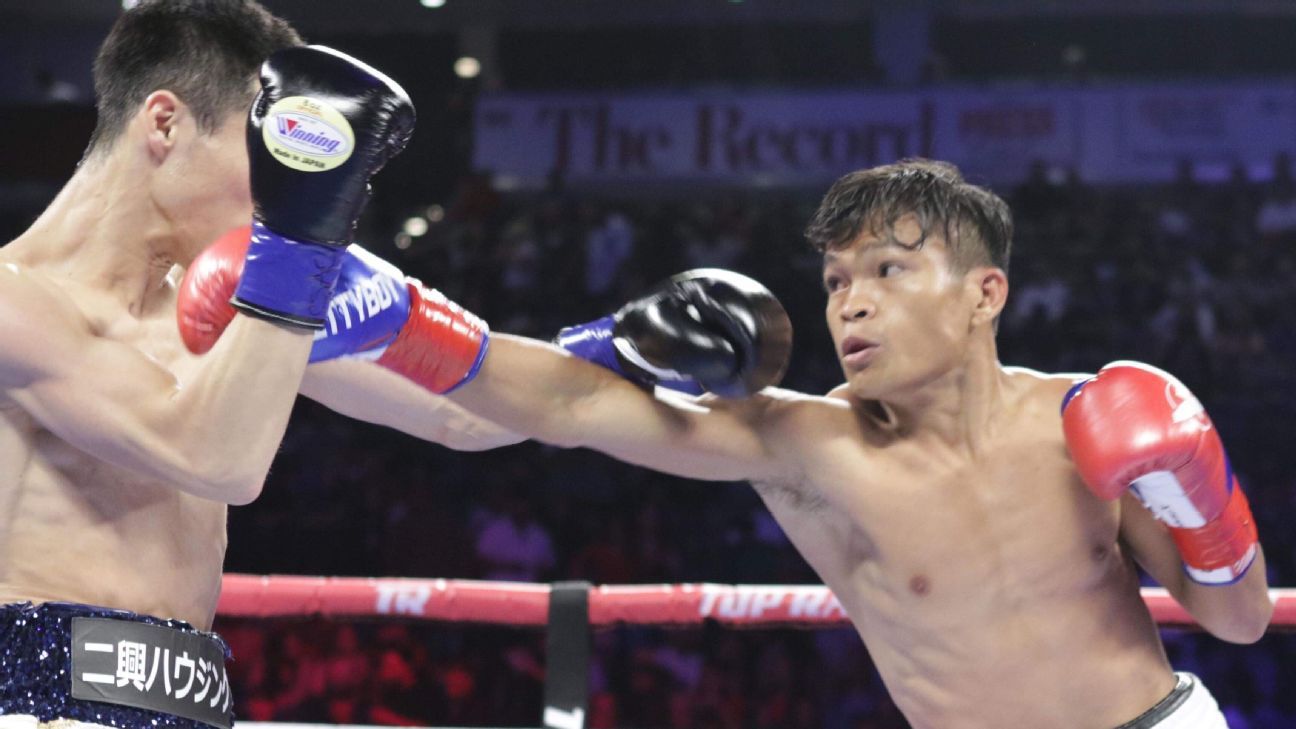 The bout will be the co-feature of the Top Rank Boxing on ESPN card headlined by the previously announced fight between junior lightweight world titlist Miguel Berchelt and Jason Sosa, who meet at the Dignity Health Sports Park in Carson, California (ESPN and ESPN Deportes, 10:30 p.m. ET with preliminaries beginning on ESPN+ at 7:30 p.m. ET).

“I am looking forward to this fight because Rodriguez brings the Mexican style to his fights, and Mexican and Filipinos make the best fights,” Ancajas said. “I want to thank Top Rank, (co-promoter) Senator Manny Pacquiao and my manager, Joven Jimenez, for their continued support. It is going to be a war, and to my Filipino fans, I look forward to putting on a show for you in Carson.”

Ancajas (31-1-2, 21 KOs), 27, a southpaw from the Philippines, is the longest reigning current titleholder in his division. He is coming off a sixth-round knockout of Ryuichi Funai on May 4.

Ramirez (21-1, 15 KOs), 24, of Mexico, will come into the title shot riding a five-fight winning streak since suffering a 10-round split decision loss to Jose Martin Garcia in March 2018 and will be taking a step up in the level of his opposition.

“I plan on taking full advantage of this opportunity,” Rodriguez said. “Ancajas is a great champion, but my time is now. It is time for a new face at 115 pounds.”

Saucedo will be fighting for the first time since he was knocked out in the seventh round in his hometown challenging then-world titlist Maurice Hooker last November. The fight will also be Saucedo’s first since parting ways with trainer Abel Sanchez to work with Pedro Neme.

“I am excited to finally be back in the ring,” Saucedo said. “I enjoyed my time off, but the time was right to come back. I have a new team and can’t wait to show everyone the new Alex Saucedo. On Nov. 2, I will steal the show.”

Salka is best known for being demolished in two rounds by former two-division titlist Danny Garcia in a 2014 junior welterweight fight. Salka has not fought since a sixth-round knockout loss to former junior lightweight titlist Francisco Vargas in April 2018.

Junior welterweight Javier Molina (20-2, 8 KOs), 29, a 2008 U.S. Olympian from Norwalk, California, will go for a fourth win in a row when he faces Hiroki Okada (19-1, 13 KOs), 29, of Japan, in a 10-rounder. Okada is coming off an action-packed ninth-round knockout loss to former lightweight titlist Ray Beltran in February.

“I’m pumped to be fighting an opponent like Hiroki Okada,” Molina said. “We know he’s a tough fighter, but these are the types of fights we are looking for. A win over him will get me one step closer to a world title shot, and that’s what we are aiming for. He’s coming off a loss to Beltran, so we know he’s hungry to get back in the win column. We are going to be ready for anything he brings to the table.”

In other undercard bouts: