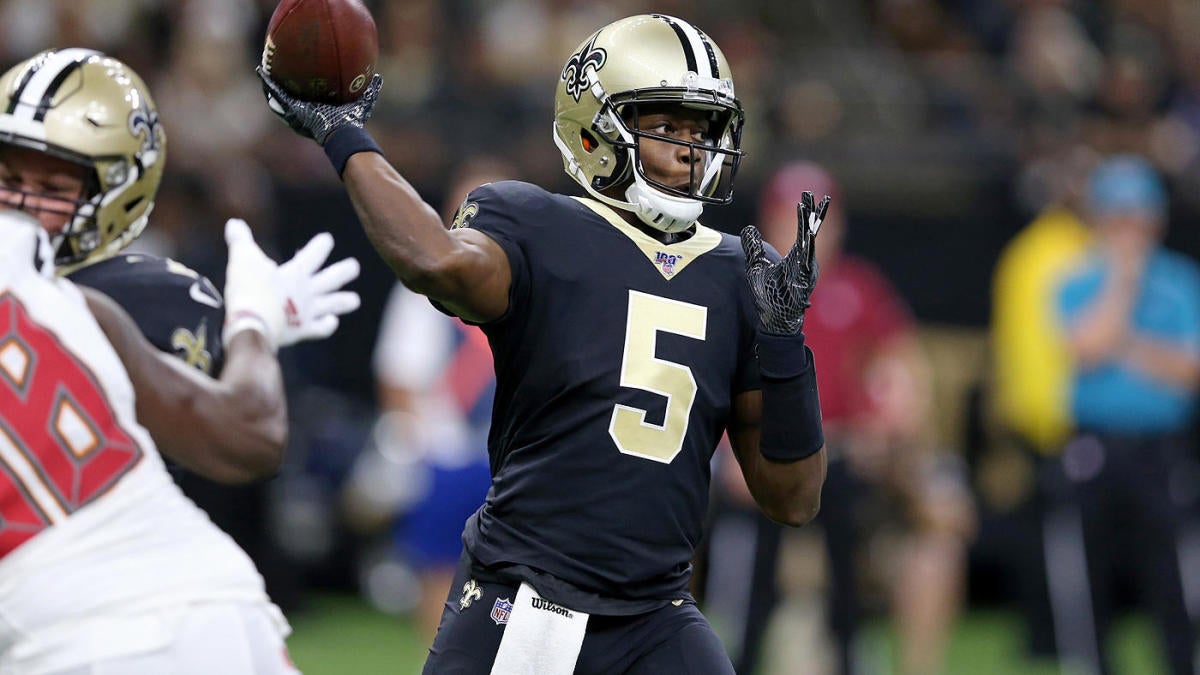 Are we giving the New Orleans Saints and Carolina Panthers enough credit? I tend to think not.

The class of the NFC South, these two teams are winning every week without, in the case of New Orleans, a future first-ballot Hall of Fame quarterback (Drew Brees) who has been as productive as any passer in the history of the game. And in the case of the Panthers, they have churned out three straight victories without recent league MVP Cam Newton.

Both teams are making a statement, Sunday after Sunday, with backup quarterbacks. I don’t think that’s going to stop anytime soon, either. I figured these to be the two best rosters in this tough division and two postseason teams, and they have already rallied from adversity and, with the Falcons a lost cause with a coach in jeopardy of losing his job any day now, and the Buccaneers still quarterbacked by Jameis Winston – who struggled for any semblance of consistency – I dare say this division is going to be a two-team race.

The Saints and Panthers each had abundant faith in their No. 2 quarterback and both have the luxury of making sure that Brees (thumb surgery) and Newton (mid-foot sprain) take all the time they need before they return, and I continue to believe that will be after each team’s bye (Carolina is off Week 7 and the Saints are off Week 9). Those offenses are in good hands.

Bridgewater, shaking off years of rust after overcoming a career-threatening knee injury, is looking more comfortable with each start. He is cool and confident and learning to trust his athleticism more with each game. Sunday he picked apart what had been an increasingly-stout Tampa defense, putting together the kind of film that will get him a nice, fat payday come free agency in the spring. Bridgewater, still just 26, was 26-for-34 for 314 yards with four touchdowns and one interception, completing multiple passes to six different receivers. He was unstoppable working to his two best weapons, Michael Thomas and Alvin Kamara, going 18-for-20 for 224 yards and two touchdowns to them alone.

This Saints defense is beastly, the run game is no joke, coach Sean Payton and GM Mickey Loomis are all about adding pieces at the trade deadline, again – another receiver or tight end is a prime target – and if not for a blown call against the Rams they might be unbeaten. They are going to be a factor deep in January and getting Brees back next month would be like a massive deadline acquisition in and of itself.

As for the Panthers, that defense was pushed and tested by Gardner Minshew is ways it usually is not (more on the mustached QB in a minute), but found a way to make enough plays to win. Running back Christian McCaffrey had another MVP-like performance and Kyle Allen ran the offense and moved the team and avoided the fumbles this week. He wasn’t eye-popping, but he didn’t have to be against a tough Jags defense, staying within the confines of the game plan and remaining undefeated (4-0) as an NFL starter dating back to last year.

He played well enough to support his talented teammates and allow the team to win. He did what he had to do. And the Panthers kept pace with the Saints. If they can avoid being swept by the Bucs – they travel to Tampa next week – they’re likely to be the team to push New Orleans in that division the rest of the way.

Falcons defense is hopeless for a second straight season

The Falcons’ defense is simply not good. Everyone gets about five sacks and 10 quarterback hits when they face the Texans – except Atlanta. They were toothless on that side of the ball yet again the Texans hung 50-plus points on them with Quinn under intense pressure and the Falcons, prone to getting pushed around for large chunks of each game, completely wilted in the second half. If owner Arthur Blank made huge changes no one should be surprised at this point.